HeftyVerse, in partnership with Ajay Devgn, has announced a new game in the Metaverse, called Runway 34, based on the actor’s upcoming film. 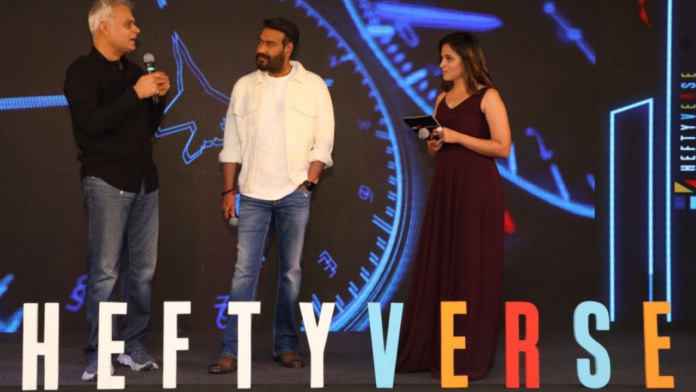 HeftyVerse, a Web 3.0 initiative by Hungama, is all set to take the next big step in the metaverse as the brand comes together with one of the Bollywood celebrities, Ajay Devgn, to launch the Runway 34 game in the metaverse. Themed around the film releasing on April 29, the game was launched at an event attended by the actor and Neeraj Roy, Founder of Hungama and the HeftyVerse.

The announcement is the second between Ajay Devgn and the HeftyVerse that presents the actor in a metaverse avatar. Earlier this March, the superstar stepped into this universe as his character inspired by his OTT Series & ‘Rudra – The Edge of Darkness’ offering users an entertaining experience. “Available on HeftyVerse.xyz, the game will indulge users in an immersive and exciting experience right from start-to-finish”, as per the company.

Bringing cinephiles and gamers together, users, as Ajay’s co-pilot, will attempt to make a safe emergency landing. With time running out, AjayDevgn’s character of Captain Vikrant Khanna will give the player all the instructions.

“Filled With difficult challenges and levels, the Runway game will see users get that instant adrenaline rush that the film brings with it”, according to HeftyVerse. Along with the game, a host of digital collectibles of the characters of Ajay Devgn, Amitabh Bachchan, and Rakul PreetSingh in the film will be available as NFTs.

Commenting on the announcement, actor Ajay Devgn commented, “It’s great to be back on the metaverse, that too with Hungama. It’s important to adapt to the times and be present on the mediums whose popularity continues to soar with every passing day.With Runway 34 being so gripping and filled with non-stop suspense, I share the same excitement as each one of them to play the game”.