To help you make the decision easier, we have compiled the top 5 voice-calling applications for Android.

Voice calling has now become an essential part of every smartphone owner’s life. A few years back, voice and video calling was a pain with most of the time you have to deal with dropped frames, laggy video during video calls and out-of-sync sound with voice calls. But with technology advancement and high-speed internet connectivity, things have drastically changed now.

Now, you can instantly interact with a person with just a few taps on our phone. Voice calling is a smooth experience, however, the plethora of apps available in the app stores, makes it a tad confusion scenario to pick-up the best voice calling apps. To help you make the decision easier, we have compiled the top 5 voice-calling applications for Android and to not forget that these are apps are brilliant for video calling as well.

Google Duo is the first application that you should consider for video calling. The app is one of the most simple video chat apps available in the Play store right now. To get started, all you need to do is add your phone number and it will then send an OTP to finish the setup. The app then takes you to the home screen where you can begin the video call with a single tap. The popularity of the app can be gauged from the fact that it received over 100 million downloads and has an overall rating of 4.6 stars. 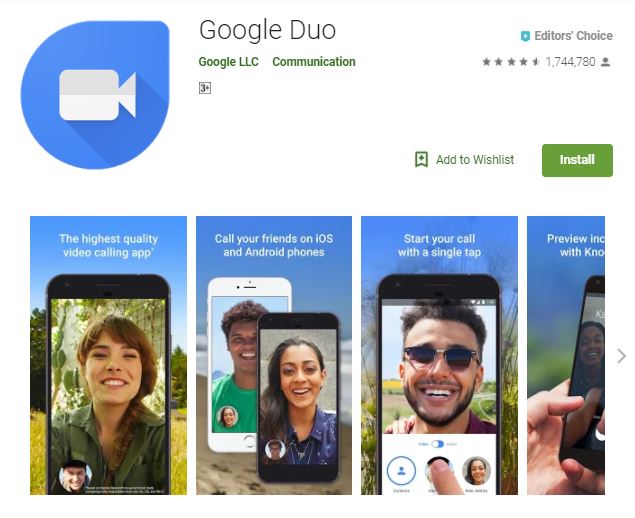 The best part about this app is the ability to connect video calls even on slow and patchy networks. Whenever the bandwidth is limited, Google Duo will reduce the resolution to prevent the call from disconnecting. Then there is Knock Knock feature which allows users to see the caller before they pick up. The app also allows you to make audio-only calls and send video messages as well. The app is cross-platform meaning that it will work between iOS and Android. To conclude, with some minimalistic design and easy-to-use interface, Google Duo is probably one of the best video calling apps.

Skype is one of the oldest apps for free video calling. The best part about this one is the ability to make video calls on smartphones, tablets, computers and most of the other computing devices. The app now comes loaded with a host of new design and features. To start with, users can send text, photos, videos, voice messages and more through the app. One can also create groups. The company has also introduced Skype Lite app for the Indian market, which comes loaded with features like support for SMS, native phone contacts and calls, data usage tracking, India focused Skype Bots, free voice or video calls on Skype, video group calling and more. 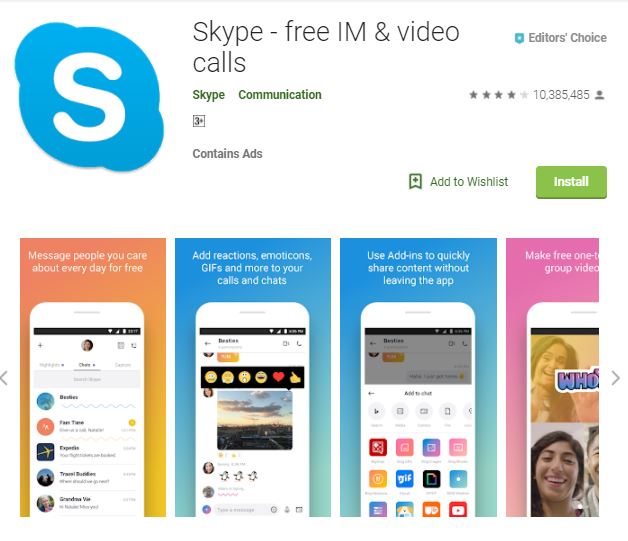 Quick capture allows users to quickly swipe to capture photos and videos.Then there Share Highlights, which is similar to Instagram Stories, which allows you to update the Highlights from your day. Other users will be able to react to any highlights with emoticons or can send a private message. The highlights only stay visible for 7 days. Overall, the app offers some interesting feature and it surely one of the most used apps for video calling as it has received over 1 billion downloads and has an overall rating of 4.1 stars.

Whatsapp is one of the most used chat messengers across the globe. The app initially was introduced as a text-based messaging app, but after Facebook took over, things have changed drastically. The app now comes with a slew of interesting features and one of the most popular is the additions like Voice and Video calling feature. This certainly gives an edge over its competitions given the quality of these new additions is on par with other services. 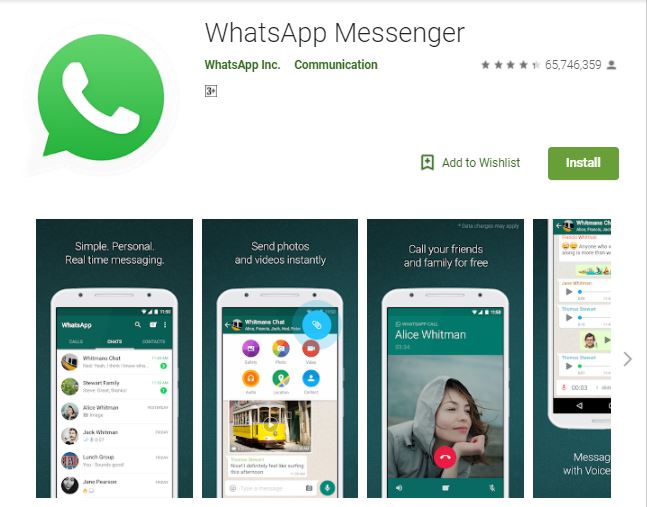 In order to use this feature, one has to simply tap on the ‘Phone’ icon from a contact’s profile window. Tapping on the phone button will reveal a pop-up window asking for you to make either a Voice call or Video call. The app now comes with the ability to switch between voice and video calls, by simply tapping on the video button while on a call.

Google’s latest messaging app, Hangouts, is surely one of the most interesting apps right now. The app comes loaded a host of new features and the ability to make video and voice calls, surely put it on the top 5 list. Through Hangouts, users can make group video calls as well, an option which is not available in most video calling apps. Further, one make free voice and video calls as long as other users are also using Hangouts and not to forget, it is tightly integrated into Google ecosystem. 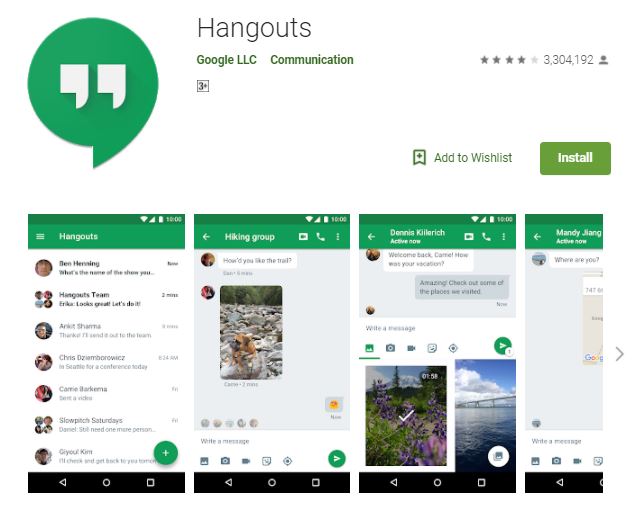 One can also connect his/her Google Voice account for phone calls, SMS texting, and voicemail integration. Users can keep in touch with contacts across Android, iOS, and the web, and sync chats across all your devices. Furthermore, users can also share documents from Google Drive, which really helped. The app currently has more than 1 billion downloads and it is rated with 4 stars.

Messenger from Facebook is yet another interesting video calling app as it offers a host of interesting features and ability to make free voice and video calls. The app also allows you to make group video chat that supports up to six people. However one can add up to 50 people in the group who can just opt in to listen and join via voice or be on camera. 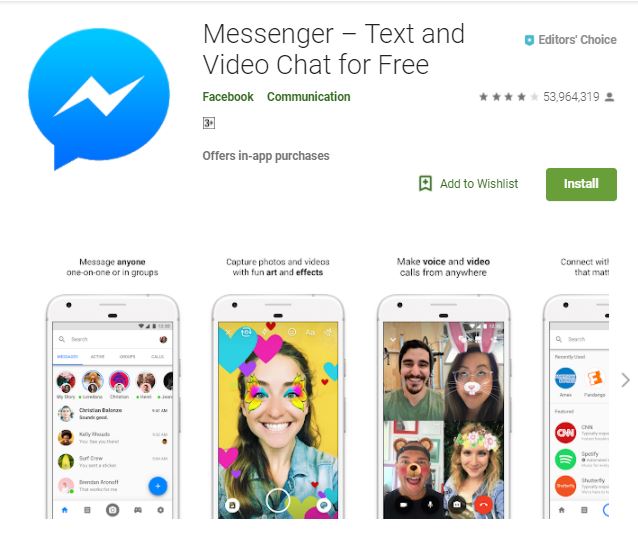 Facebook has also introduced some groovy filters and masks for video calling as well, though it is a blunt copy of Snapchat. Then there are animated reactions through which users can choose one of the five Messenger emoji icons including love, laughter, surprise, sadness or anger. These reactions will animate onto the screen and then disappear. The app also lets users take screenshots in both one-on-one and group video chats. In order to that, users need to tap the camera icon to take a picture of the video chat and save it on one’s phone or can also share on social media platforms. Overall, with a host of interesting filters and face mask, Messenger app is surely a fun-using video calling app.

Other apps you can also consider: 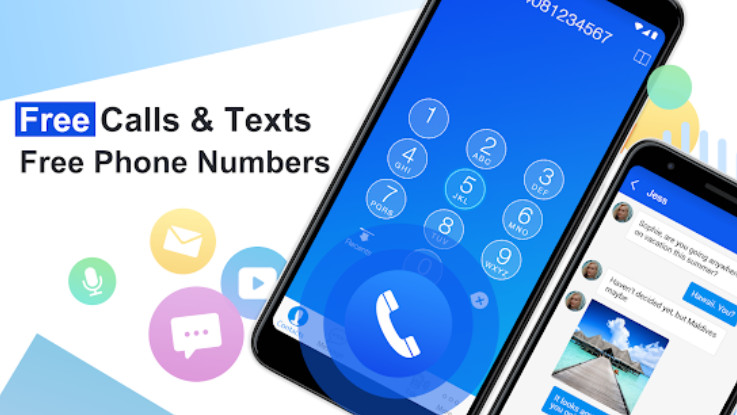 Dingtone is yet another application to consider. The voice calling app currently holds over 20 million downloads on the Google Play Store and it comes with an average rating of 4.5 from around 5 million users. The app allows users to make free voice calls from your smartphone or tablets to anyone over WiFi, 3G/4G data network. It also offers cheap or free international calls to 200+ countries and regions. However, in order to make free calls, both the caller and receiver should have Dingtone application.

Apart from this, one can texts to their friends and families through the app. The app also comes with HD voice technologies, which the brand claims provide high-quality and good clarity. It also comes with a Walkie Talkie function through which one can push a button and speak to each other. Furthermore, one can make group conference calls up to eight people and group messaging with up to 100+ people. 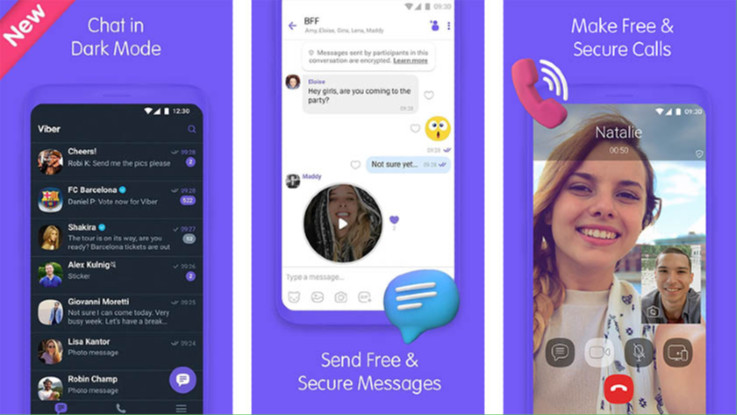 Viber started off as a basic VoIP calling application, but it has grown into a much more advanced application. The app now offers host interesting features. To start with, it allows you to make audio and video calls to friends and family for free. It also allows users to make calls to landlines with Viber Out service for low-cost calling.

The app also allows users to message their friends and make groups with up to 250 members. The app offers end-to-end encryption as well. Furthermore, one can sync to your computer and laptop. With this, one can see all the messages, calls and messages directly from the desktop or Android tablet. It also comes with self-destruct secret chats through which one can send a secret message which will be automatically deleted from the recipient’s phone after the message is read. It also comes with useful Chat Extensions including easy access to your favourite links, GIFs and videos, Yelp, YouTube, Booking, Spotify and more. 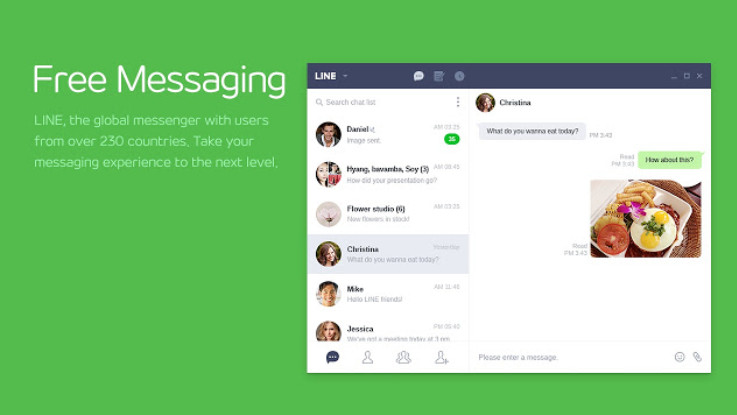 Line is another application that you can consider for audio calls and more. The app comes with free voice and video call feature. One can make international calls with up to 200 people at the same time for free. The app also comes with hundreds of popular stickers, which can be used during chatting with friends and family. One can also place international calls to mobile phones and landlines at low rates. Additionally, one can enjoy free calls after watching ads with LINE Out Free.

Furthermore, one can sync the mobile version to the desktop and get all the messages, calls and more across all the versions. The app also provides an option to store messages, photos, videos, and more in Keep where you can easily share them with friends.