Check out our choice of five Android smartphones under Rs 5,000.

Not so long ago, Rs 5,000 would have been enough to purchase a feature phone. Today, thanks to the ever decreasing cost of technology, for the same price you can now get a fairly decent smartphone. In fact, now, you have the problem of too much options.

To make your task a bit easier, we have carefully selected five smartphones under Rs 5,000 on the basis of their features.

The selection of Lenovo A680 is a bit controversial as only one e-retailer is offering it for less than Rs 5,000 while most others are selling it for just couple of bucks more than that. But we felt that we could not deprive our readers of this phone, just for being Rs 20-30 more than Rs 5,000. 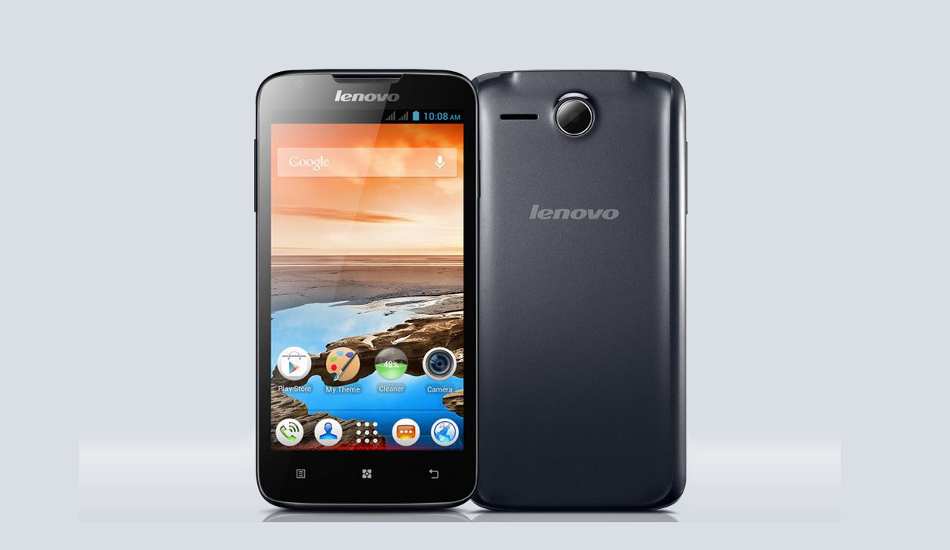 The Lenovo A680 offers a 5 inch LCD display but with a little low resolution, 480×854 pixels. But again, such resolution is quite common to handsts in this price bracket. The phone though has a quad-core 1.3 GHz processor and 1 GB RAM, thus we hope that it should offer a decent performance and can even play most of the Android games.

The A680 also has a 5 megapixel fixed focus camera while in the front, it has a 0.3 megapixel shooter. Unfortunately, the phone has no flash light. Like other devices in this segment, this Lenovo smartphone has 4 GB of in-built storage and an expandable storage slot that can accomodate a micro SD card of up to 32 GB. This dual-SIM phone comes with all the expected connectivity features including 3G, WiFi, Bluetooth, etc. Its 2000 mAh Li-Po battery claims to offer 13 hours of talk time, which means that in the real world, the phone should be able to provide enough juice to last an entire day of moderate usage on a single charge.

The Lava Iris Win 1 is the only Windows based phone to make it to the list, which also makes it the most interesting. The Lava Iris Win 1 is a decent looking phone with a 4 inch display and Windows Phone 8.1 operating system. This IPS display has slightly better 223 ppi pixel density. The Windows 8.1 OS runs by a combination of a quad-core 1.2 GHz processor and 1 GB RAM. 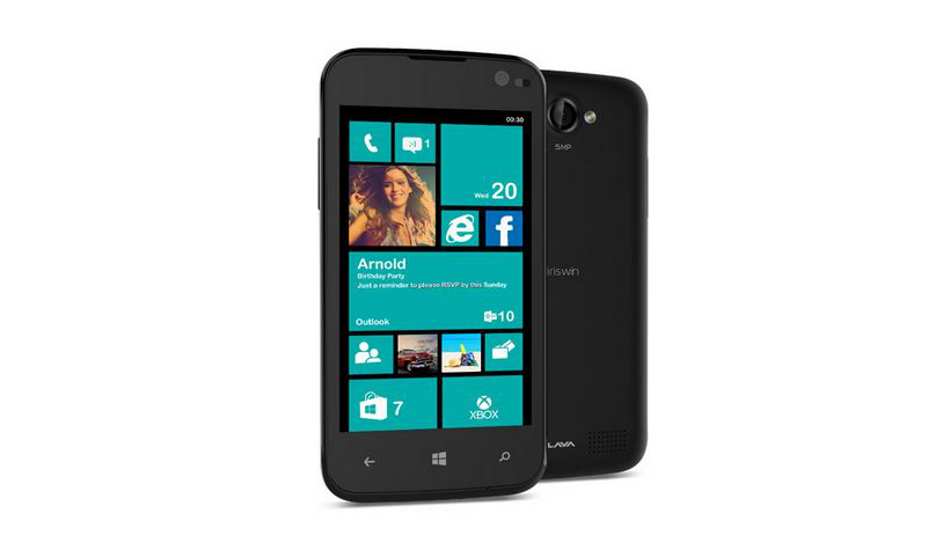 For storage, the handset offers 8 GB internal memory apart from 32 GB expandable storage slot. It too has a 5 megapixel rear auto-focus camera with flash and BSI sensor. In the front, it has a 0.3 megapixel camera. As expected, it has 3G, WiFi, and Bluetooth for connectivity.

The Lava Iris Win 1 has a 1950 mAh battery which should offer about a day’s back up with medium usage.

Another Lava offering, the Lava Iris 400Q too is quite attractive at this price range with its Android KitKat (4.4) operating system, 4 inch screen with 233 ppi pixel density, 1 GB of RAM, and a 1.2 GHz quad-core processor. It has 4 GB of internal memory and a 32 GB micro SD card slot. 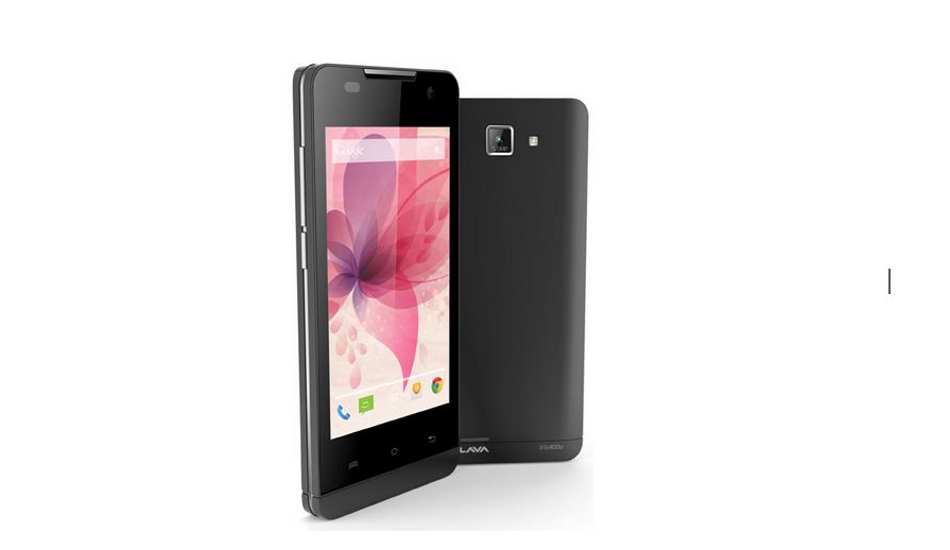 The Lava Iris 400Q offers a 5 megapixel primary camera and a 0.3 secondary camera. It also has a flash, scene detection, and HD recording facility. For connectivity, this dual-SIM smartphone comes with 3G, Bluetooth, and WiFi. The battery is a 1700 mAh Li-On unit that claims to offer 9 hours of talk time.

The Micromax Canvas Unite A092 stands out in this list due to its storage capacity – 8 GB internal and 32 GB expandable. The Unit has a quad-core 1.2 GHz processor as well as 1 GB RAM like others in this list. 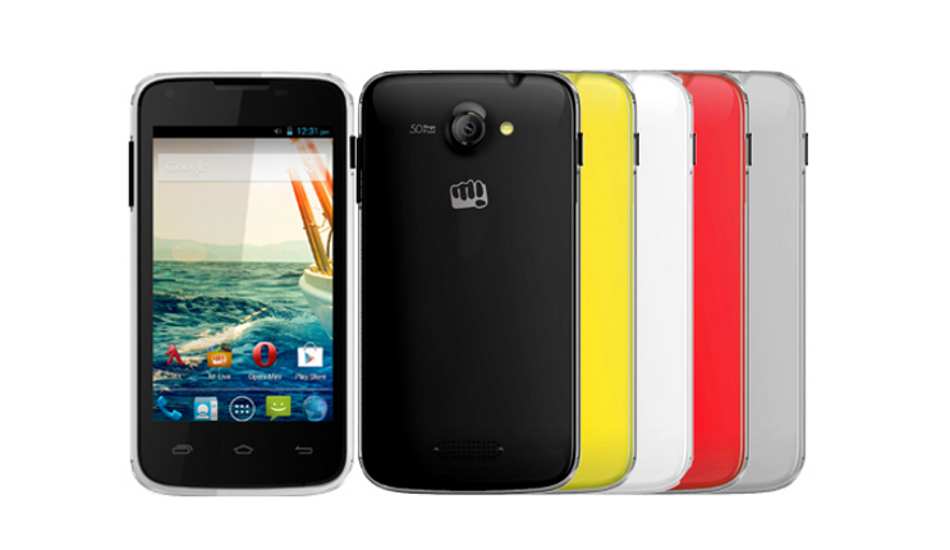 The Micromax Canvas Unite A092 has a 4 inch IPS screen with 233 ppi pixel density. Only downside of this phone is the operating system – Android Jelly Bean (4.3) which is now two generations old. Also it has a smaller 1500 mAh battery but one need to consider its smaller screen so more or less it should offer similar talktime as others in this list.

Besides, the Micromax Canvas Unit has a 5 megapixel rear camera with an LED flash and a VGA front camera. This 3G enabled phone has a dual-SIM along with WiFi and Bluetooth.

The Karbonn Titanium S1 Plus has a 4 inch display with 480×800 pixels resolution. The smartphone offers quad-core processor, clocked at 1.2 GHz and even 1 GB RAM. The internal memory though is just 4 GB while its expandable storage slot can handle a micro SD card of up to 32 GB.

The Karbonn Titanium S1 Plus has a 5 megapixel primary camera and a 0.3 secondary camera. The auto focus rear camera has an LED flash for low light conditions. This dual-SIM smartphone has Bluetooth, 3G, and WiFi. It too has a 1500 mAh battery.