This week, we found some amazing deals on a tablet and couple of smartphones. So if you have been saving up for a decent device then take a look at these alternatives. 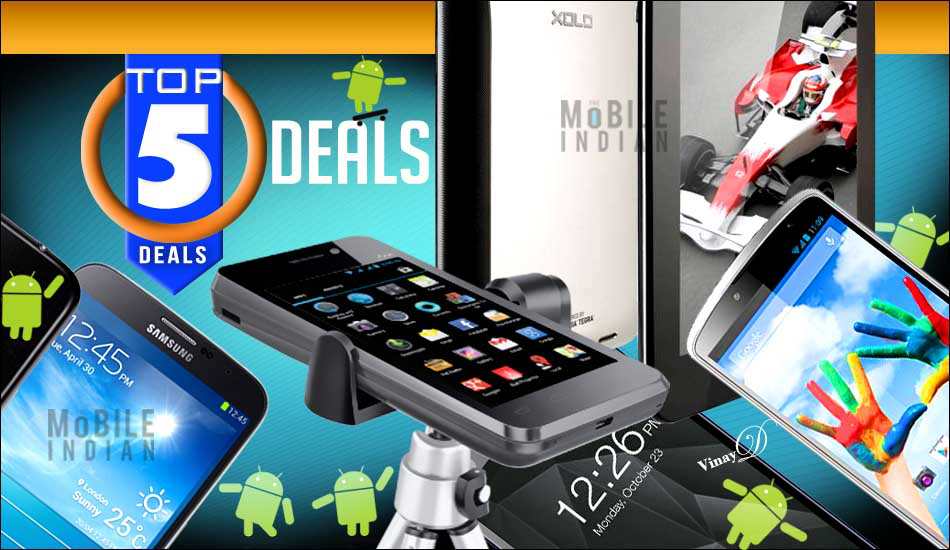 Xolo had launched the first Tegra based tablet, called Xolo Play Tab 7.0, in early October 2013. This is Xolo’s second tablet after the Xolo Tab, which was launched sometime back with a quad core Snapdragon processor. The Xolo Play Tab comes with a Tegra 3 mobile processor which has four performance cores and one battery saving core. To assist in high end gaming there is a 12-core Nvidia ULP GeForce graphics processing unit in the tablet. The Play Tab has a 7 inch IPS-LCD display with 1280 x 800 pixel resolution. 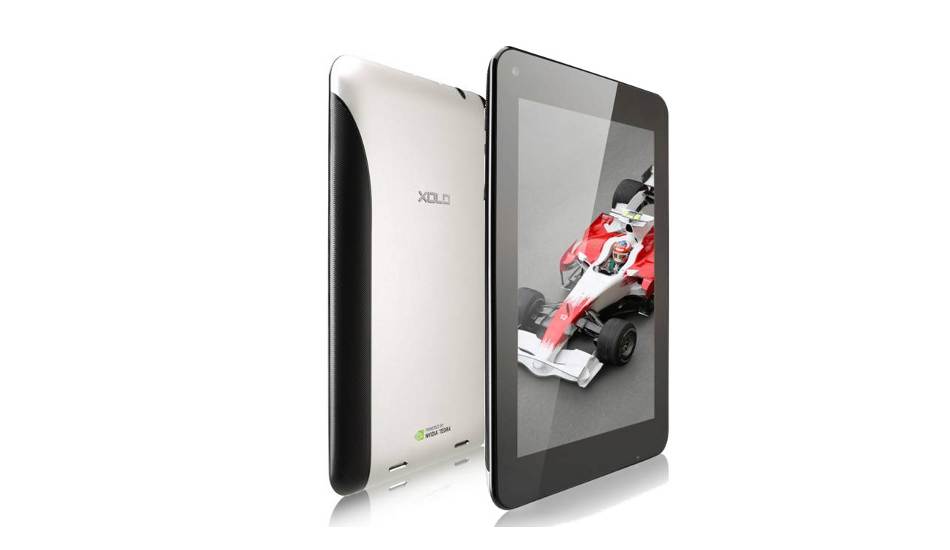 Besides, the 338 gram weighing Xolo Play Tab has 8 GB in-built memory, 32 GB expandable storage slot, Android 4.1 Jelly Bean operating system, 2 megapixel front camera, and 1 GB RAM. There is no rear camera in the tablet. Also, the tablet has a 4000 mAh battery that is said to provide 8 hours of music playback. The Xolo Play Tab has WiFi, Bluetooth, and micro USB for connectivity but it has no SIM connectivity.You can buy the Xolo Play Tab 7.0 for Rs 7,999 from Flipkart website. 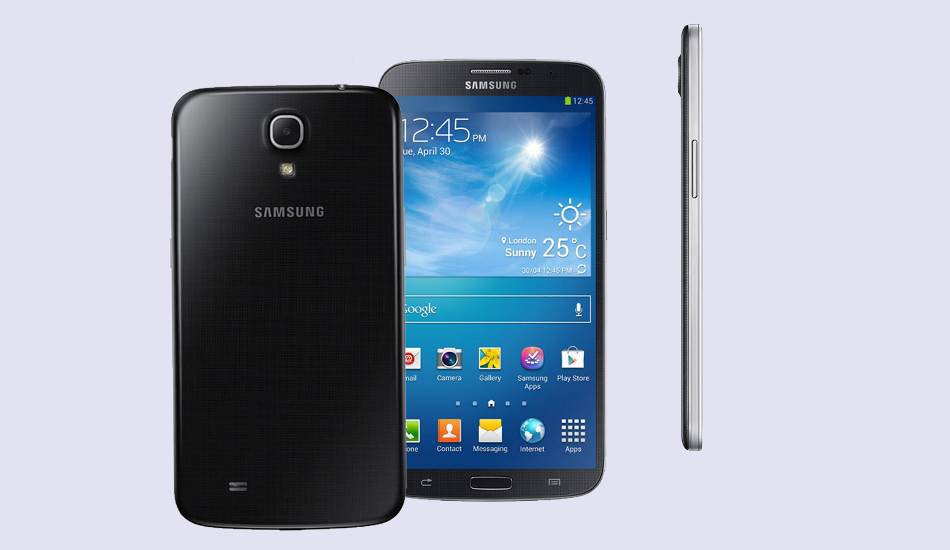 At the rear, this smartphone has an 8 megapixel auto focus camera and an LED flash. This camera has the ability to record full HD videos. In the front, the smartphone has a 1.9 megapixel camera for video calls. Samsung has packed a massive 3200 mAh battery in this smartphone. Samsung Galaxy Mega 6.3 can now be purchased for Rs 25,200 after applying a discount code (mentioned above) at the Tradus website. 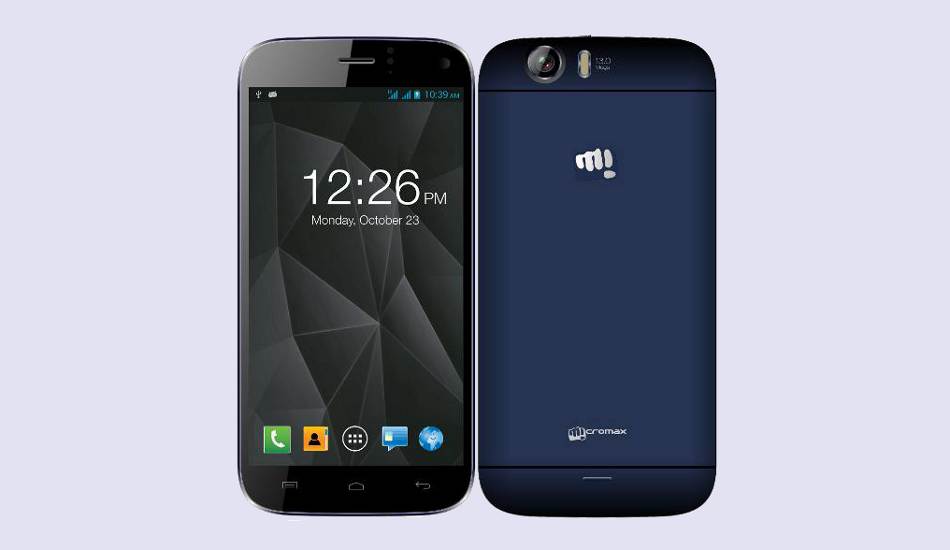 The phone has a 5 megapixel wide-angle camera in the front for video calls too. Apart from its 16 GB on-board storage, the phone comes with 32 GB micro SD card slot as well. Canvas Turbo runs Android 4.2.1 Jelly Bean update. For music enthusiasts, there is a stereo FM radio in the phone which has WiFi, Bluetooth, GPS with APS support, accelerometer, compass, and a non-removable 2000 mAh battery as well. The Micromax Canvas Turbo A250 can be purchased for Rs 15,529 for Amazon India website. 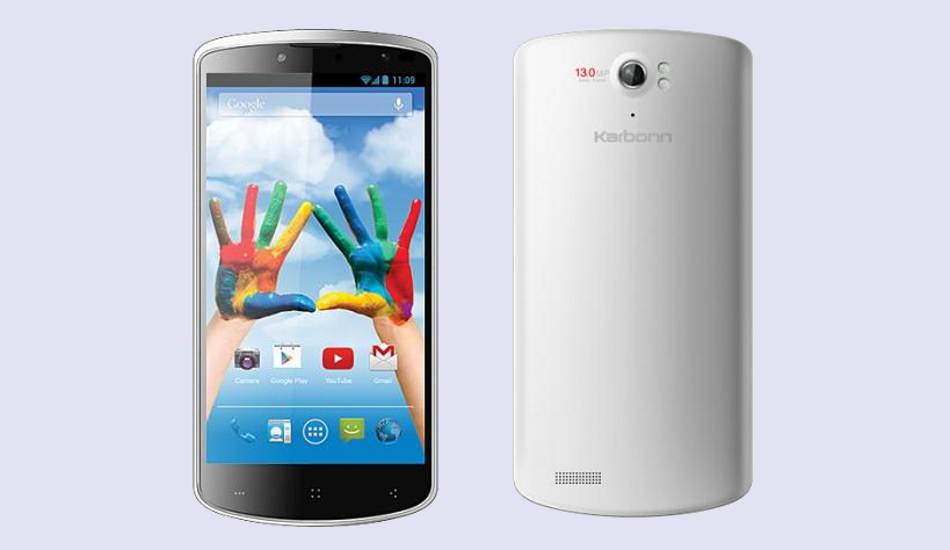 It happens to be one unique smartphone with flash for the front facing 5 megapixel camera. At the back, it sports a 13 megapixel camera to click good quality images and record HD quality videos. The Karbonn Titanium X has a single SIM which also supports 3G. The smartphone even supports Near Field Communication connectivity with passive tags. The Titanium X’s 2300 mAh battery ensures longer run times. Buy the Titanium X smartphone for Rs 15,021 after applying the discount code at the Ebay India website.

iBall Andi 4a Projector is more of entertainment device with a built-in projector. The iBall Andi 4a Projector has a 4-inch touchscreen display with 480×800 pixel resolution. The highlight of the phone is the 35 lumens mobile projector to enjoy HD quality content. At the rear, it has an 8 megapixel camera with LED Flash while a 2.1 megapixel camera is in its front. This dual-SIM smartphone also offers dual-standby feature as well but only one of the slot supports 3G network sim. 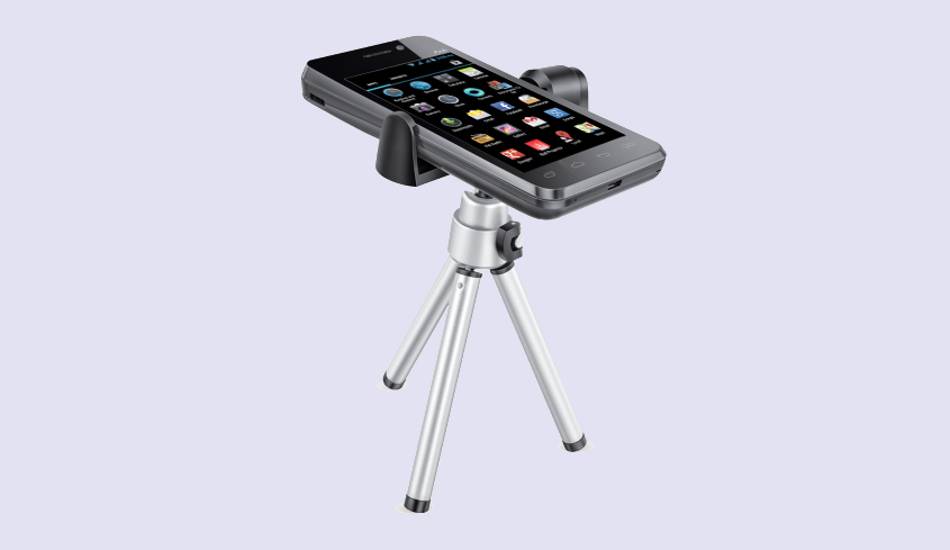 Andi 4a Projector phone runs Android 4.1 Jelly Bean update and is powered by a dual-core 1.2 GHz mobile processor and 512 MB RAM. Other than the projector feature, the smartphone is basically a barebone with mere 1500 mAh battery. We reviewed the iBall Andi 4a Projector and found it quite enjoyable except some obvious issues. Meant for entertainment, the Andi 4a Projector can be purchased for Rs 11,156 from Tradus India website after applying discount code.