Some of the hottest and decent performance delivering smartphones and tablets of the past year are now available for significant discounts.

Almost every month, a couple of smartphones and tablets are being launched in India, including that of Indian and MNC brands. However, throwing money at the freshly launched devices isn’t prudent as at times the devices come out as croppers despite having attractive features. So buying devices which are a bit old is a good thing to do as you would have a chance to judge them via their reviews and other user’s opinion. 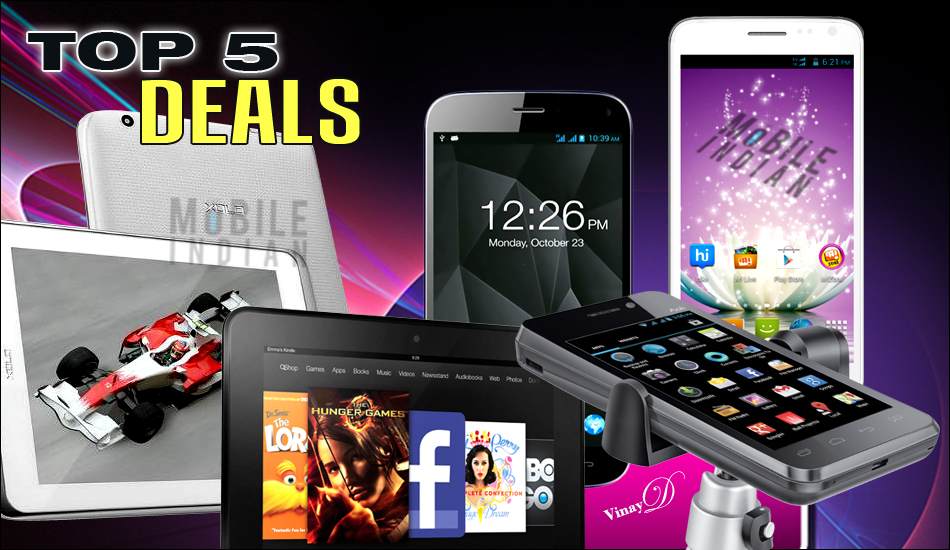 Moreover, with increasing competition growing among online retailers and due to launch of new devices every other day, many smartphones and tablets are often being offered at very attractive deals. This week we bring you five such deals – all of them are incidentally based on Google’s Android mobile platform.

Xolo QC800 comes with an 8-inch IPS display sporting 1024×768 pixel resolution. This is the first tablet from Xolo and is offered in pure white colour. The QC800 is powered by a quad-core 1.2 GHz Qualcomm Snapdragon 200 MSM8225Q mobile chipset. This low-power processor is coupled with Adreno 203 GPU which is expected to deliver decent quality graphics to support most casual games. 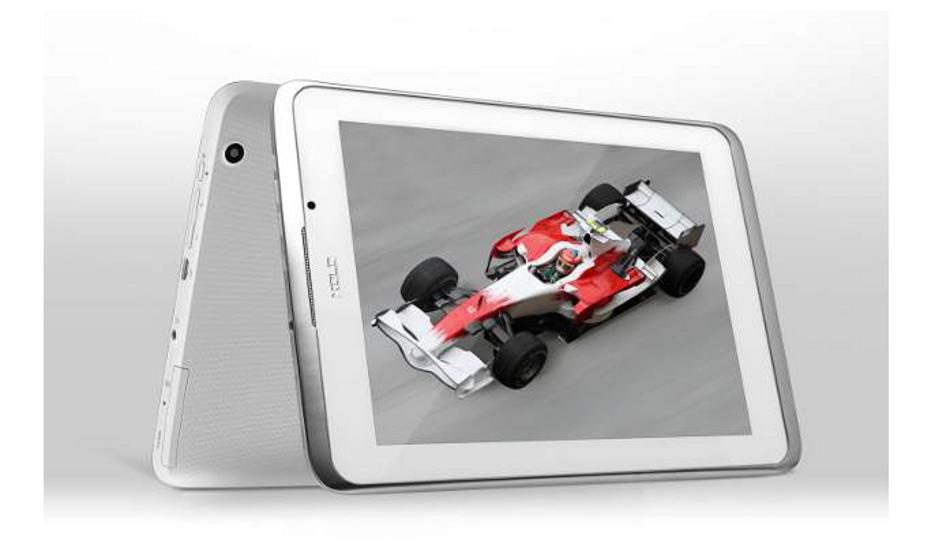 Thankfully, Xolo has armed it with 1 GB RAM that would help it run most applications and user interface smoothly. The tablet runs on Android 4.1 Jelly Bean operating system and supports 3G network through a SIM card slot. Not only that, the tablet also supports voice calling. At its back, there is a 2 megapixel camera which just gets the job done while the front 0.3 megapixel camera would be good enough for video calls. Xolo has packed a 4000 mAh battery to power the QC800 to provide 12 hours worth talk time.

Micromax has recently announced the Canvas 4 A210 smartphone. Its 5 inch IPS LCD display has 1280 x 720 pixel resolution and Corning Gorilla Glass. Micromax has used a quad core 1.2 GHz Mediatek mobile processor with 1 GB RAM to run Android 4.2 Jelly Bean update smoothly in the Canvas 4. This processor is assisted by the PowerVR SGX544 GPU.

At the rear of Canvas 4, there is a 13 megapixel autofocus camera and an LED flash. This camera is capable of recording full HD (1080p) videos. This camera comes with face-smile detection, HDR and panorama clicking modes. It also has a 5 megapixel front facing wide-angle camera that said to be capable of clicking HD videos.

Besides, the Micromax Canvas 4 has FM radio, WiFi, 3G network support, A-GPS support, and a Li-ion 2000 mAh battery. Do read our thoughts in the Canvas 4 A210 review. The Canvas 4 can be purchased for as low as Rs 14,107 from the Tradus India website.

Micromax Canvas Turbo A250 was introduced as the top of the line device in the Canvas line-up. Micromax has equipped the Canvas Turbo with a quad-core 1.5 GHz MediaTek MT6589T mobile processor and 2 GB RAM. The handset has a 13 megapixel rear camera which is assisted by an LED flash at the back. 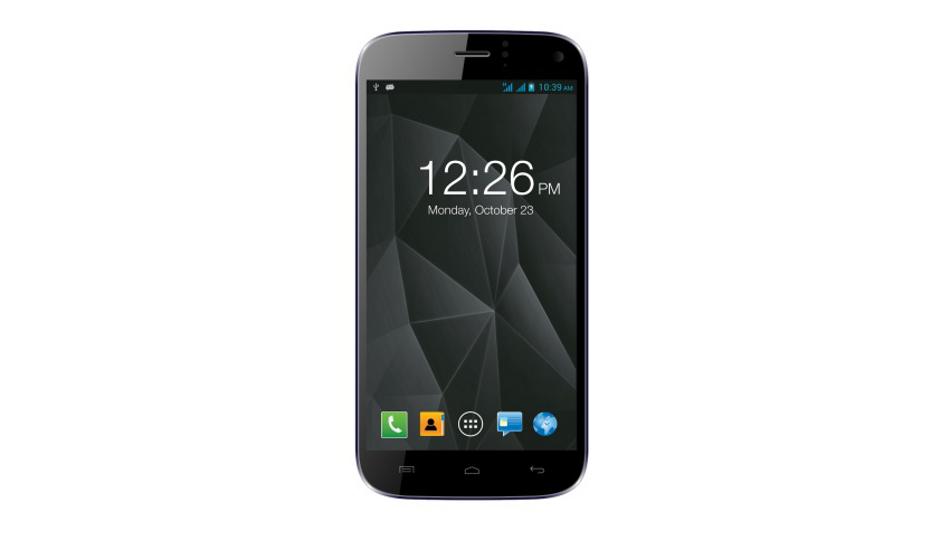 The Canvas Turbo has a 5-inch IPS LCD display with full 1080p HD native resolution. This smartphone comes packed with 16 GB on-board storage and a 5 megapixel camera in the front for video calling. The Canvas Turbo runs on Android 4.2.1 Jelly Bean update and can run most apps smoothly. The Canvas Turbo also has stereo FM radio, WiFi, Bluetooth, GPS with APS support, Accelerometer, Compass, and a non-removable 2000 mAh battery. Read out thoughts as part of the review of the Canvas Turbo. Micromax Canvas Turbo can be bought at Rs 16,283 from the Flipkart website.

The iBall Andi 4a Projector is a unique smartphone thanks to its built-in projector. The iBall Andi 4a Projector has a 4-inch touchscreen display with 480×800 pixel resolution. The highlight of the phone is the 35 lumens mobile projector that claims to be capable of projecting HD quality content. At the rear, it has an 8 megapixel camera with LED Flash while a 2.1 megapixel camera is in its front. This dual-SIM smartphone also offers dual-standby feature as well but only one of the slot supports 3G network SIM. 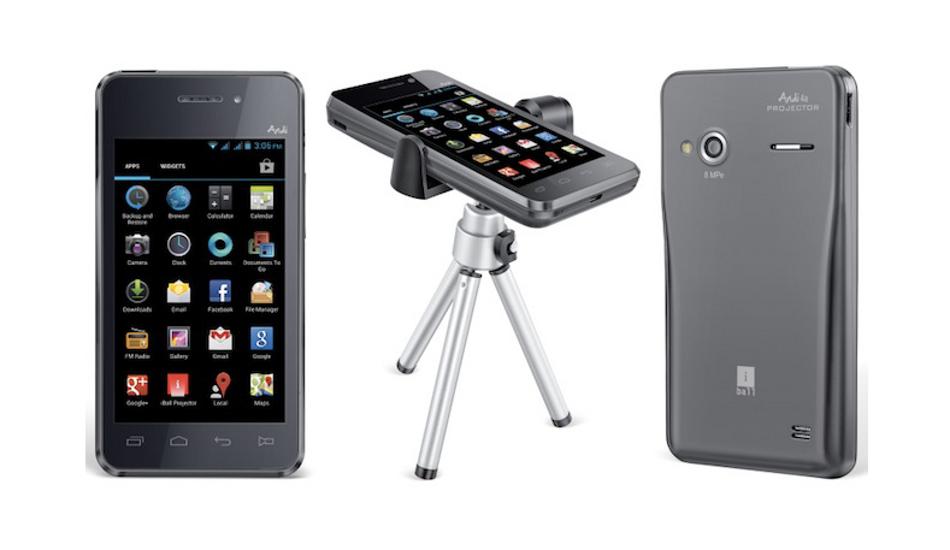 Andi 4a Projector phone runs on Android 4.1 Jelly Bean operating system and is powered by a dual-core 1.2 GHz mobile processor and 512 MB RAM. It has a 1500 mAh battery. We reviewed the iBall Andi 4a Projector and found it quite enjoyable except some obvious issues.

Amazon had introduced its Kindle Fire HD 8.9 tablet in India couple of months ago. The Kindle Fire HD 8.9 tablet features a 8.9-inch LCD display with full HD (1920×1080) resolution and 10-point multi-touch support. The 567 grams Kindle Fire HD 8.9 is powered by a dual-core 1.5 GHz TI OMAP4470 mobile processor. This tablet ideally is meant for those who want to read a lot of books and enjoy few apps. Amazon has loaded a stripped down Android based Amazon user interface and Cloud service powered Silk browser. 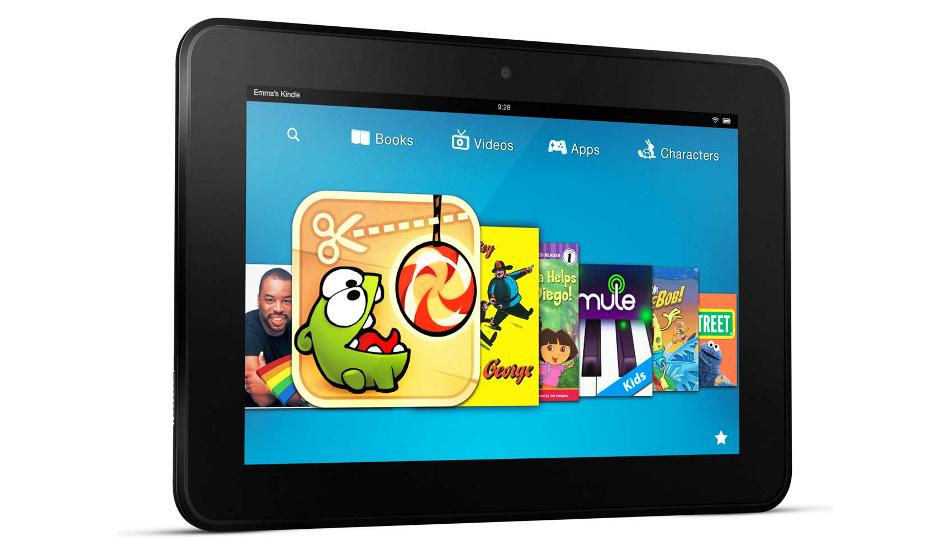