If you want a dual SIM smartphone and that too under Rs 10,000, then check out these devices.

Most of us use two SIM cards and hence there is a huge demand for dual SIM smartphones. Here thus we have listed five smartphones that are available for less than Rs 10,000 and offer the best features.

Nokia’s first Android based handset, Nokia X Dual SIM was launched in India Rs 8,599 but is now available for as low as Rs 7,000. 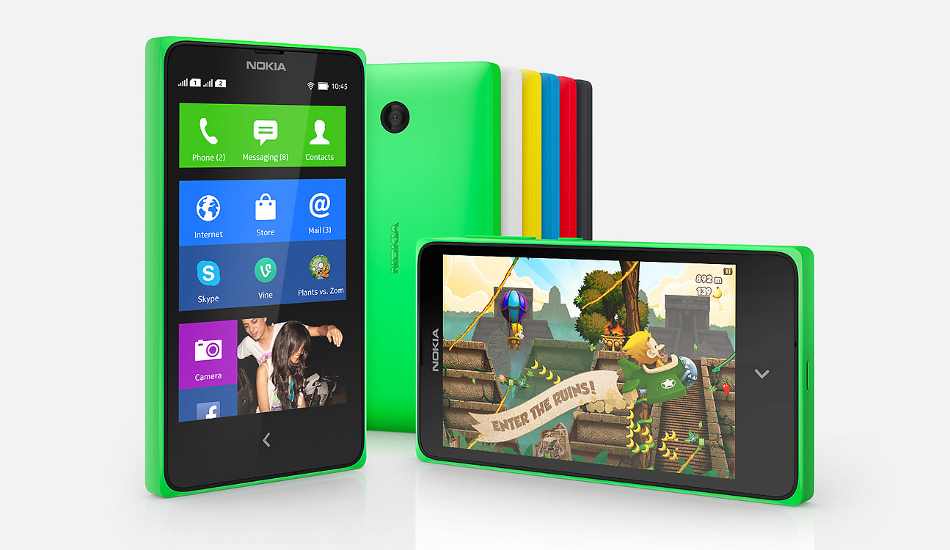 By default, the Nokia X Dual SIM has 4 GB on-board storage and there is a memory slot that can accomodate up to 32 GB micro SD card. At the rear, Nokia has placed a 3.15 megapixel camera and can record SD quality video. There is no front facing camera.

Nokia has also armed it with accelerometer, which is necessary for games and other apps, and Proximity sensor. Besides, Nokia X comes with Bluetooth 3.0 with A2DP, WiFi support, and a removable 1500 mAh battery that promise about 10 hours of run time.

You can check out its review here. 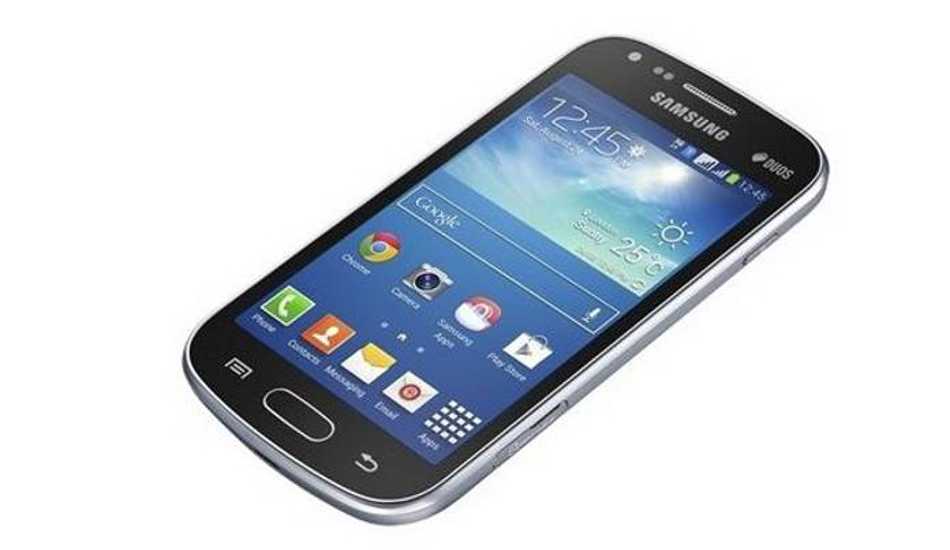 The Samsung Galaxy S Duos 2 S7582 has a 5 megapixel auto focus rear camera and a 0.3 megapixel front camera. The rear camera can record HD resolution based videos at 30 frames per second. There is a flash on the rear panel to assist the primary camera in low light conditions.

The 10.57 mm thick smartphone has a 1500 mAh battery which claims to provide 8 hours of talktime and 280 hours of standby. The phone is though quite light weight, weighing just 118 grams.

Once launched for Rs 10,990, it is now available for around Rs 9,000. The Karbonn Titanium S5 Plus is the successor of the Titanium S5 and, as apparent, comes with some improvements. The S5 Plus has a 5-inch IPS LCD display with 960×540 pixel resolution. Karbonn has loaded the S5 Plus with a 1.3 GHz quad-core processor and 1 GB RAM. Though it has only 4 GB internal storage, you can use its expandable memory slot to beef up its storage which can accommodate a maximum of 32 GB micro SD card. 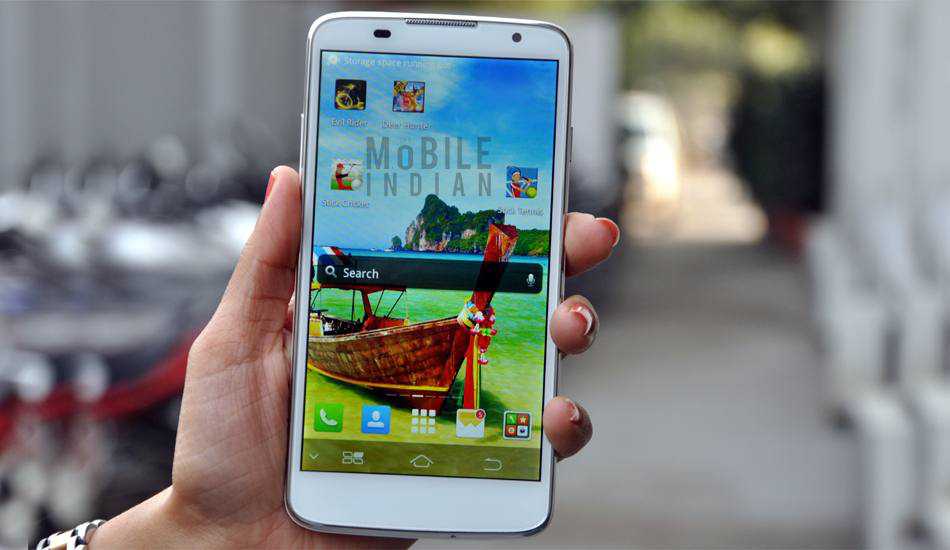 Karbonn has armed the phone with an 8 megapixel rear autofocus camera and an LED Flash. There is a VGA camera in its front for video calls. The Karbonn Titanium S5 Plus is loaded with Android 4.2.2 Jelly Bean operating system and comes with WiFi support for faster mobile internet experience. This dual-SIM handset offers 3G SIM support in one of the slots as well. Besides, the phone has Bluetooth, FM Radio and GPS with A-GPS support. The only cringe-worthy part would be the 1800 mAh battery inside this handset.

Check our review of the Karbonn Titanium S5 Plus here. 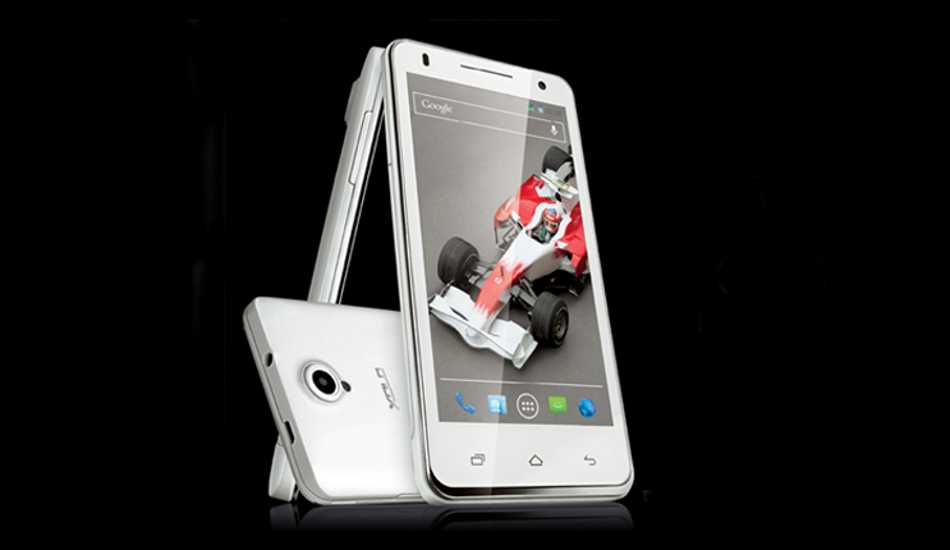 It has a 1800 mAh battery which claims to provide 13 hours 2G talktime and 10 hours of 3G talktime. For connectivity, this dual SIM handset has Bluetooth 4.0, WiFi, and micro USB 2.0.

Though quite old but the Spice Stellar Pinnacle Pro has one of the best armed smartphones in the sub-Rs 10,000 category.

It comes with a 5.3 inch LCD touchscreen but has only qHD (540×960 pixels) and not HD which would have been better. However, all other its features make it one of the best handset in this category. To start with, it has 16 GB internal storage and a micro SD card slot for a 32 GB micro SD card – the best combination in its category. 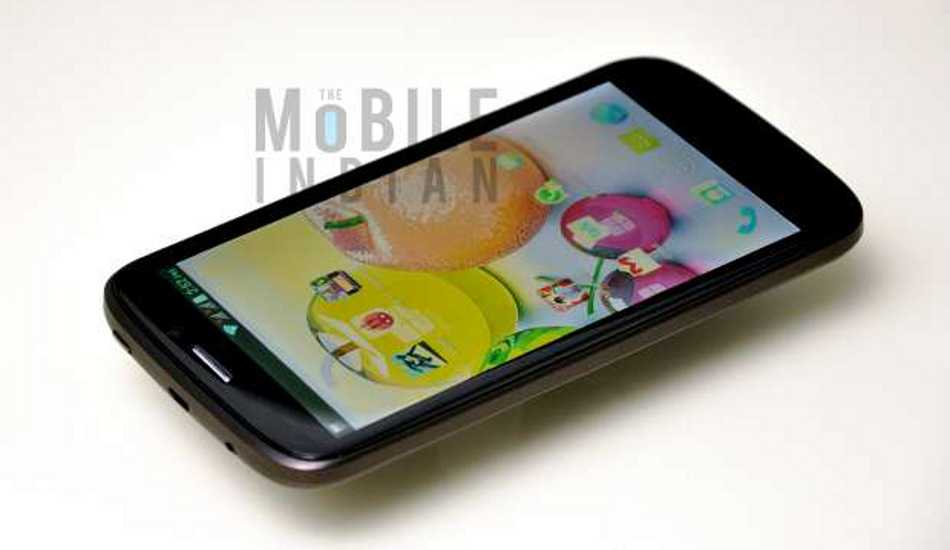 It has a 1.2 GHz quad core processor, Android 4.2 Jelly Bean operating system, 1 GB RAM, and a 2550 mAh battery. It comes armed with an 8 megapixel rear camera and a 5 megapixel front camera. For connectivity, apart from dual SIM, it has WiFi, micro USB, and Bluetooth 4.0.