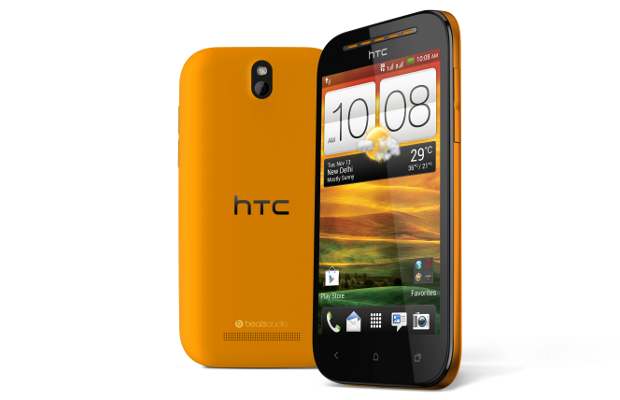 With newer smartphones hitting the market every other day, older models’ price are dropping every passing day. Especially, many Android smartphones with great displays and hardware, which were earlier available for Rs 30,000, can now be purchased for even lesser. Here is a list of such top five phones.

By default, the Desire SV runs Android 4.0 Ice Cream Sandwich operating system and is expected to get the Android 4.1 Jelly Bean update soon. The Desire SV packs a 1620 mAh battery. Though it has an 8 megapixel camera with LED Flash, it will not record 720p HD videos due to the native chip’s limitation. There is no front facing camera so forget about self portraits. 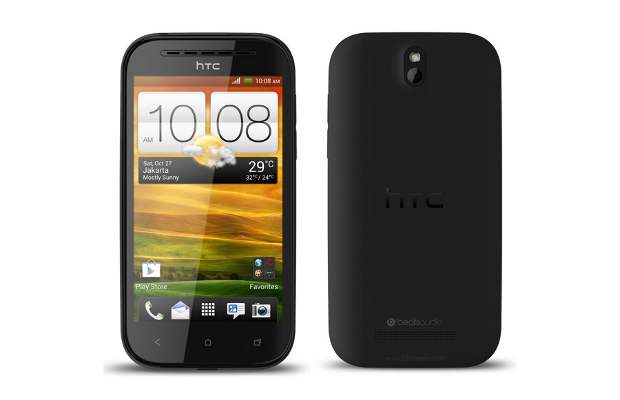 Packing just 768 MB RAM, the Desire SV has 4 GB on-board storage and capability to hold up to 64 GB micro SD card. The only possible reason to include this phone was its great display, good build quality and promising chipset that will deliver decent performance even in dual-SIM configuration.

Samsung started the trend of smartphone-tablet hybrid devices with the Galaxy Note. Bearing a slim design and special S Pen stylus, the Galaxy Note had become the fastest selling smartphone for the company. The Galaxy Note sports a 5.3-inch HD Super Amoled display with native resolution of 800 x 1280 pixel and has been constructed using Corning Gorilla Glass for resistance from scratches.

The S Pen stylus that hides at the backside under the phone lets the users to indulge in to creative aspects. Galaxy Note packs a dual core 1.4 GHz Samsung Exynos 4412 mobile processor with Mali-400 MP dedicated graphics chip. Samsung has added 1 GB RAM to power the Android and offers 16 GB onboard memory for storage. At the rear lies 8 megapixel camera with LED flash capable of recording 1080p full HD videos at 30 frames per second. 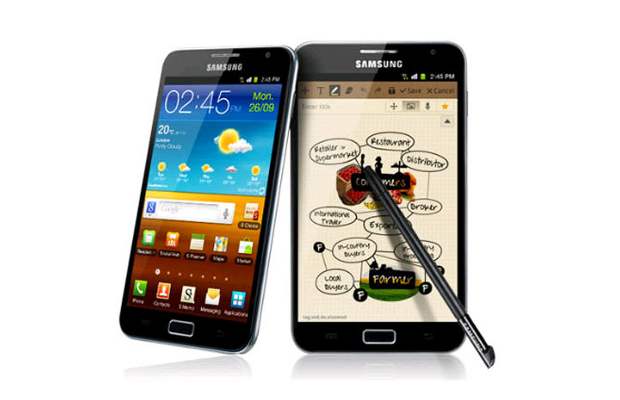 There is a front facing 2 megapixel camera for video calling and even self-portrait shots. This hybrid device features Samsung’s Premium Suite that enhances the usage of S Pen with the TouchWiz User Interface and the system has already received Android 4.1 Jelly Bean update.

The on-board GPS chip supports A-GPS and GLONASS for more accurate position locking for location based services. Samsung has packed a 2500 mAh battery in this hybrid device it can easily run for over a day and a half. The Galaxy Note was introduced for around Rs 34,990 but it is now available from Landmark Online for Rs 26,399. 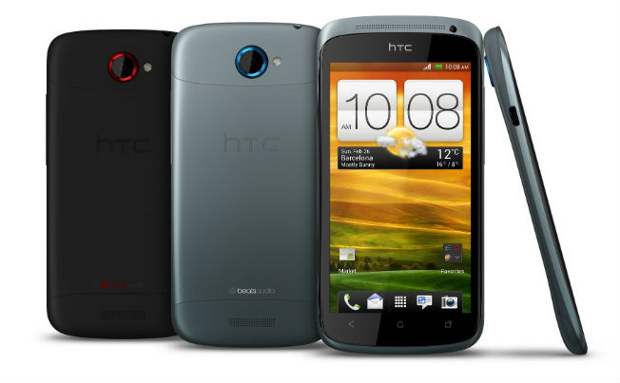 HTC is expected to roll out the Android 4.1 Jelly Bean update for it in few weeks. Packing an 8 megapixel camera with LED flash, One S can be used to record full 1080p HD videos at 30 frames per second. The camera app is tweaked to offer zero shutter lag and it allows click photos while recording a videos.

HTC has added a front facing camera for portrait shots and video chats. Though it offers 16 GB of on-board storage, it has no memory expansion slot. HTC has integrated the Beats Audio technology with the music player for best quality output with the Beats by Dre series headphones. You can read our review of HTC One S here (hyperlink: https://www.themobileindian.com/reviews/481_Review:-HTC-One-S). HTC had introduced One S in India for Rs 36,157 but now it can be purchased for as low as Rs 23,599 from Saholic website.
###PAGE###
Sony Xperia SL (Rs 24,990)

Sony introduced its new Xperia NXT series smartphone recently. The all new Sony Xperia SL is powered by a Mobile Bravia Engine 2.0 for the 720p HD display. The new Xperia S has a 4.3 inch touchscreen display and by default it runs Android 4.0 Ice Cream Sandwich. Sony Xperia SL has a 1280 x 720 pixel resolution Reality Display that is powered by a Mobie Bravia Engine.

Under the hood it houses a dual core 1.7 GHz Qualcomm Snapdragon MSM 8260 processor and 1 GB of RAM. At the back it has a 12 megapixel camera with LED flash that is capable of recoding full HD videos. This camera has Sony’s Exmor R sensor technology that helps it capture quality images even in low light conditions. The burst mode allows it to take multiple images in continuation for fast paced action such as sports, fireworks and dance. There is also a 1.3 megapixel camera in the front for self-portraits and video calling. 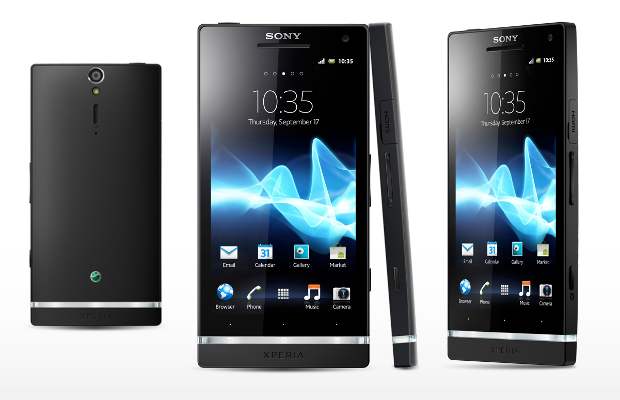 On the connectivity front, Sony Xperia S features 3G, WiFi, Bluetooth and NFC capability. The Xperia S is an officially certified PlayStation device that will let you download and play compatible games from the Sony PlayStation store. Xperia S packs a 1750 mAh battery that promises about 8.5 hours of continuous talktime.

With a great new slim design, the Xperia S is a powerful device meant for flaunting and enjoying a great mobile experience on the move. Sony had introduced the Xperia S for Rs 32, 549 back in April and now can be purchased for as low as Rs 24, 990 from Adexmart online.

By default, this smartphone features 16 GB onboard storage and a micro SD card slot to accommodate a memory card of up to 64 GB. This smartphone is only 8.9 mm thick and weighs just 133 grams. In this device, LG has used an 8 megapixel autofocus camera with LED flash. This camera is capable of recording 1080p HD videos at 30 frames per second. There’s also a 1.3 megapixel front facing camera for video calling and chat. 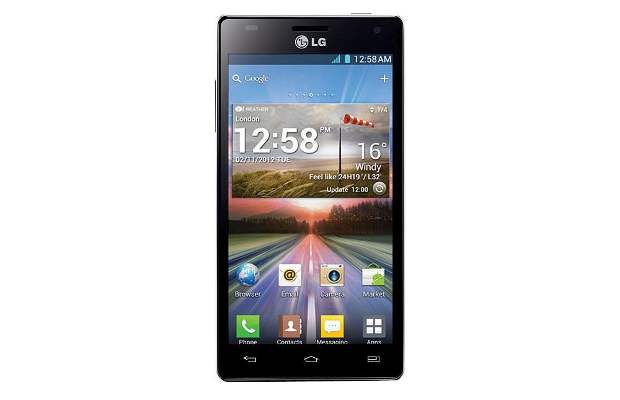 LG Optimus 4X HD also has GPS with A-GPS, Bluetooth 4.0, accelerometer, gyroscope sensor, support for a variety of popular audio-video formats, stereo FM with RDS, WiFi Direct, and DLNA compliance. LG has added a 2150 mAh battery to the Optimus 4X HD to make it run longer and support talk time of about 9.5 hours over 3G network.

LG had launched Optimus 4X in July 2012 for Rs 34,000 but now it can be purchased for as low as Rs 24,500 from Indiatimes Shopping after using a discount coupon.