Top 5 Android Apps you must try 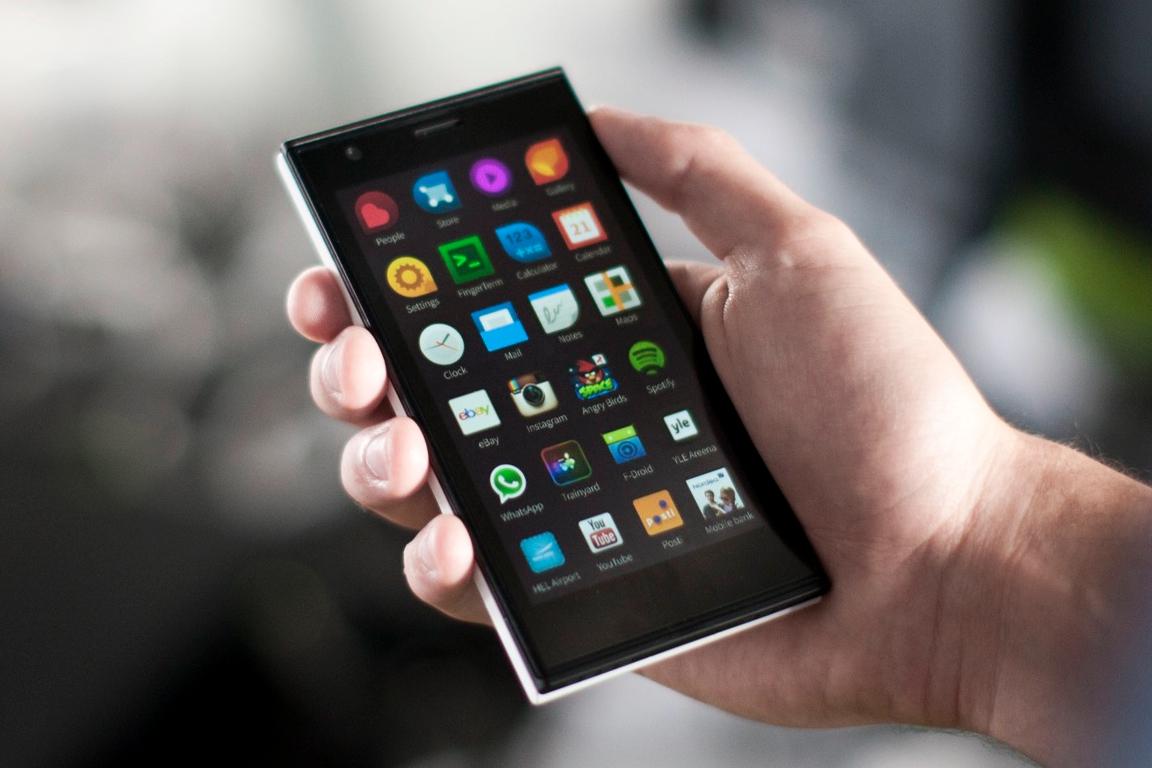 While most of the new apps are more of an adware, there are some apps which promise to offer a lot and does deliver but often go unnoticed.

Android operating system has the most number of apps in its Google Play Store and the number of apps added daily to the app market is always increasing. While most of the new apps are more of an adware, there are some apps which promise to offer a lot and does deliver but often go unnoticed. These apps either solve an issue or help make your Android experience better. We tried a bunch of these apps and have shortlisted five of those for you. So let the list begin. 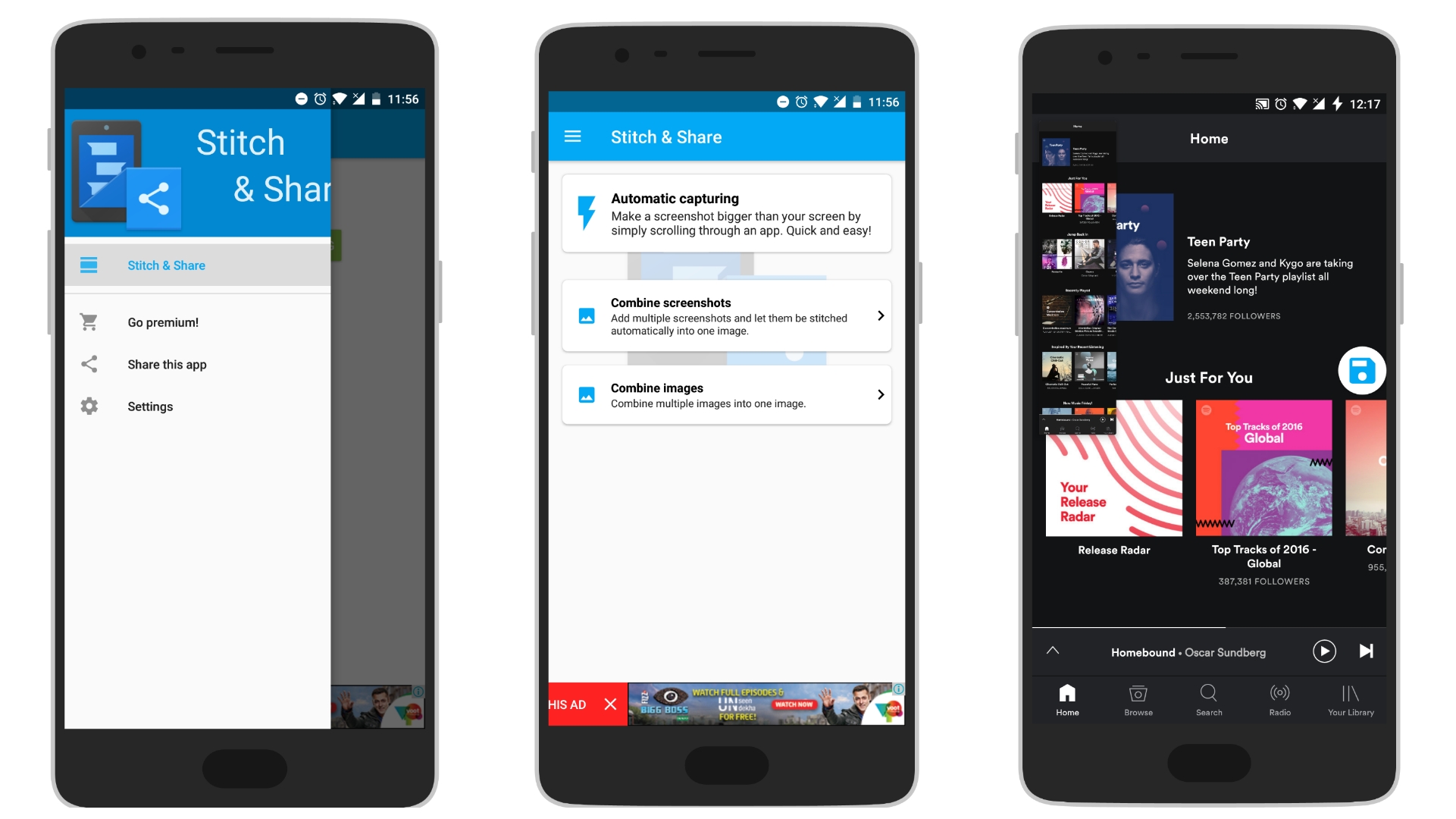 Ever been in that situation where you wanted to send a full chat conversation to a friend and was forced to click multiple screenshots and sent it in random order? Stitch and Share solve this issue. In other words, this app actually lets you take extended (long) screenshots. Now, we know companies like Xiaomi, Lenovo and even OnePlus has included this feature in their built-in OS, but the smartphone market has much more products from many more companies that still doesn’t have this feature. The user interface is simple, open the app > Go to Automatic Capturing > Turn on the Accessibility for Stitch and Share > Go back and tap Automatic Screen Capturing. Now you will notice an app bot sitting on your home screen. To take an extended screenshot, go to an app (for e.g. WhatsApp), tap on the app bot and wait for the app to take the screenshot. As soon as it takes the first screenshot, scroll down a bit and wait for it to take the next screenshot and stitch it with the previous one. Repeat this step until you get your whole content in one screenshot. Once done, tap the ‘Save’ icon bot which will then take you to the app. Now here you can edit (crop, highlight and erase) or either save/share the screenshot. There is also a premium version of this app which will remove ads, remove watermark and will let you pick your own highlighting colours. Lastly, the app also automatically detect multiple screenshots and can stitch it accordingly. Note that, we couldn’t make this app work on Chrome browser so there might be some limitations regarding the apps on which Stitch and Share works 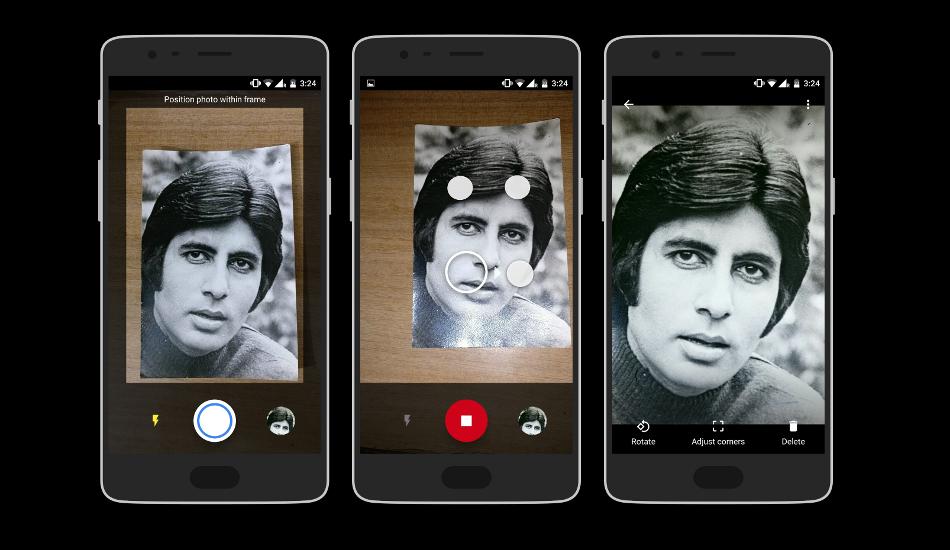 We all love our old printed photos but there is always a risk of losing them or tearing them due to their deteriorating quality with time. What if you could digitize all your old albums without a scanner or going to a photo studio for that matter. Google has the answer. The search engine giant introduced this app called, Photoscan, back in November 2016 but we still feel that it hasn’t reached up its desired user base. To digitize your printed photos, augmented reality comes into the picture, through which PhotoScan creates four points on the frame of the photo which eventually combines the four photos to produce a glare free and sharp image. Post production, you can edit the edges and rotate as per your liking. To explain the process, Tapping on ‘Start Scanning’ brings in the app’s own viewfinder which gives you an option to turn on/off your phone’s LED flash. Pressing the record option brings in four points on the photograph and you then have to take the circle in the middle to those four points which will let app click four different photos. After this, the app will combine, process and give you a digitized version of the photo you were clicking a photo of.This app can help a lot in the situations when we don’t have a digital image of a person and want it on our phone or even PC. Also, Google seems to have solved the previous issue of saving and viewing photos through Google Photos. In the latest version, you can save the photo to your device and can also view and edit it later via your device’s native gallery app. 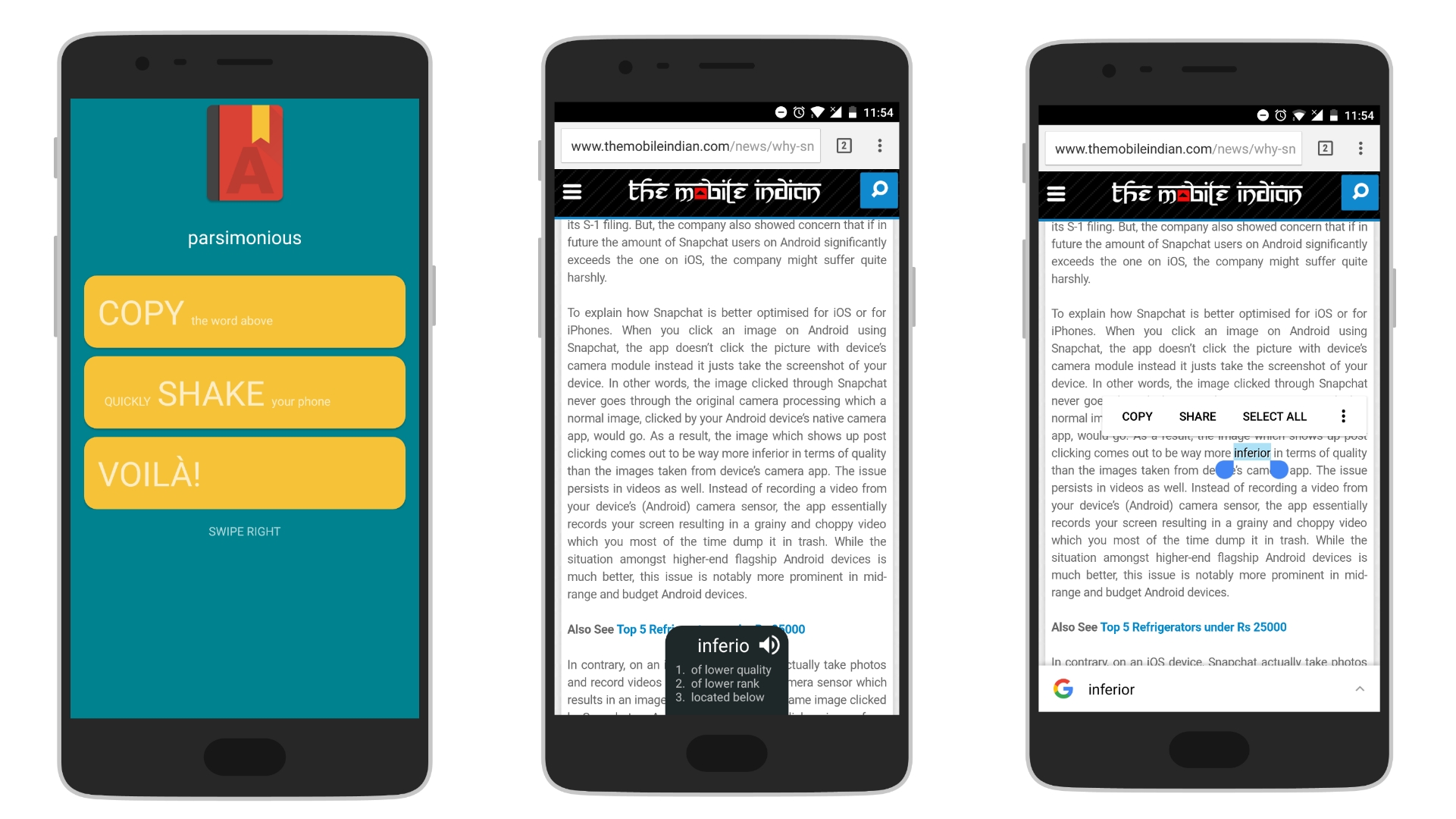 If you have a habit of reading a lot on your phone, Instadict can come in really handy. The app is basically an online dictionary which gives you the meaning of a particular world with a simple gesture. The working is really simple, while reading something on your smartphone if you want to know the meaning of a particular word, select the word > copy it (to the clipboard) > and shake your device. The app will then pop up the meaning at the bottom of your screen. We really liked how convenient this app can be for someone who is constantly reading on the go and likes to dig into dictionary every now and then for the vocabulary. Long pressing the definition will add it to your favourites. Further, you can also adjust the time window of the definition which pops up at the bottom of the screen. You can also customise the shake strength and the time between Copy and Shake delay. Currently, Instadict only works for English, French, Italian and Spanish. Apart from this, you can also download the offline dictionary to use this app while your are reading offline. 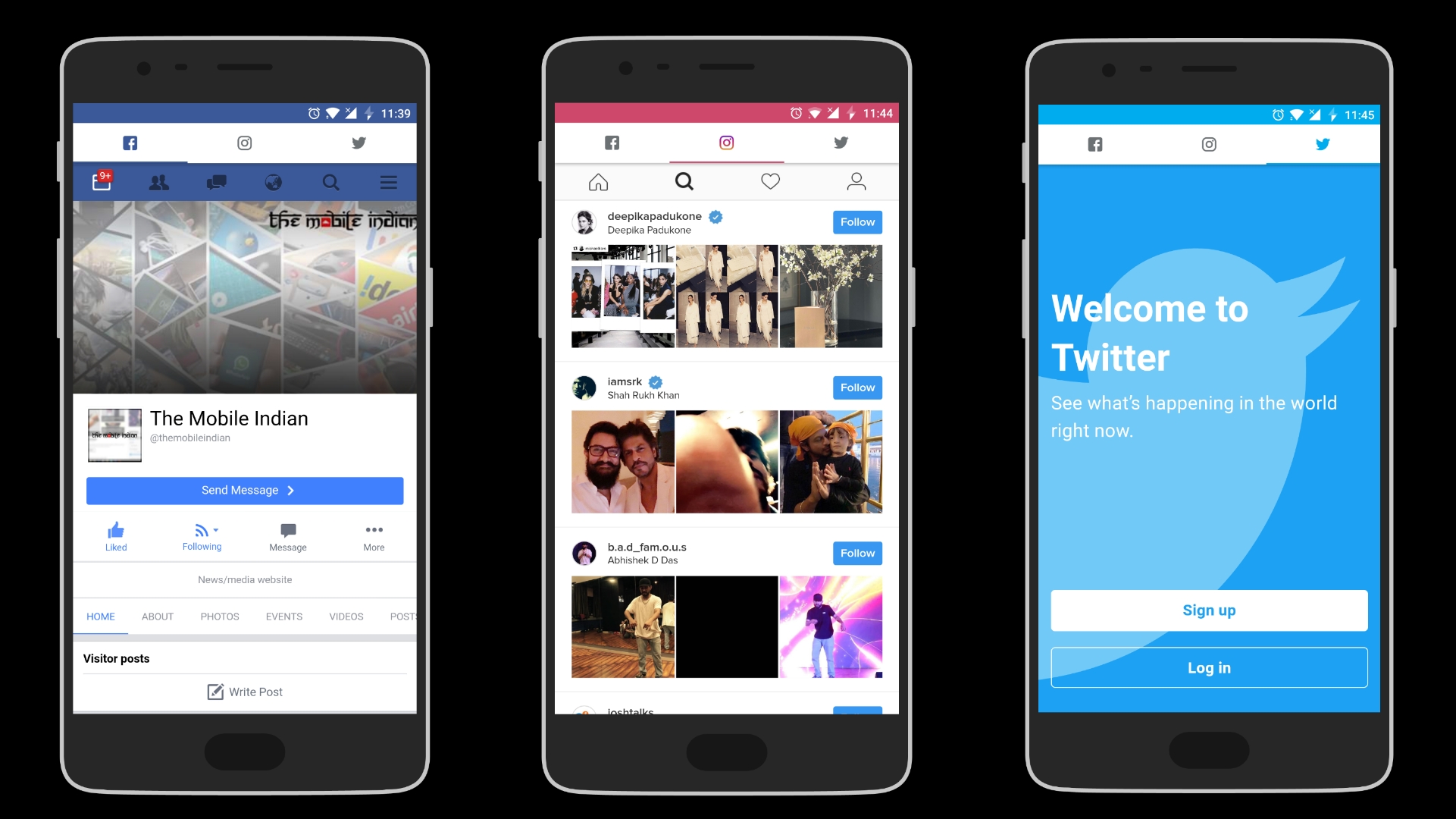 Do you have a habit of scrolling through your social media endlessly? Flyso will help you save a bit of time here. Basically, the app is the social media hub for your Facebook, Instagram and Twitter accounts. No, it doesn’t merge all your feeds in one as we have seen in the past rather it gives you three different tabs at the top for Facebook, Instagram and Twitter. The app is not at all heavy on memory and only takes up about 6.5 MB on your smartphone. This is because, it essentially opens up all your three social network accounts from its inbuilt browser. In other words, you will get the interface which is what you usually get when you open either of Facebook, Instagram or Twitter on your browser. Hence, you will also not get any notifications for any of the service. Other than this, the interface operates pretty well. In the brief time we used the app, we found it extremely useful. It also changes the accent colour based on the tab you are on. For instance, dark blue for Facebook, reddish for Instagram and light blue for Twitter. Further, we didn’t experience any lags or heavy battery drain even though it is loading up so much content. 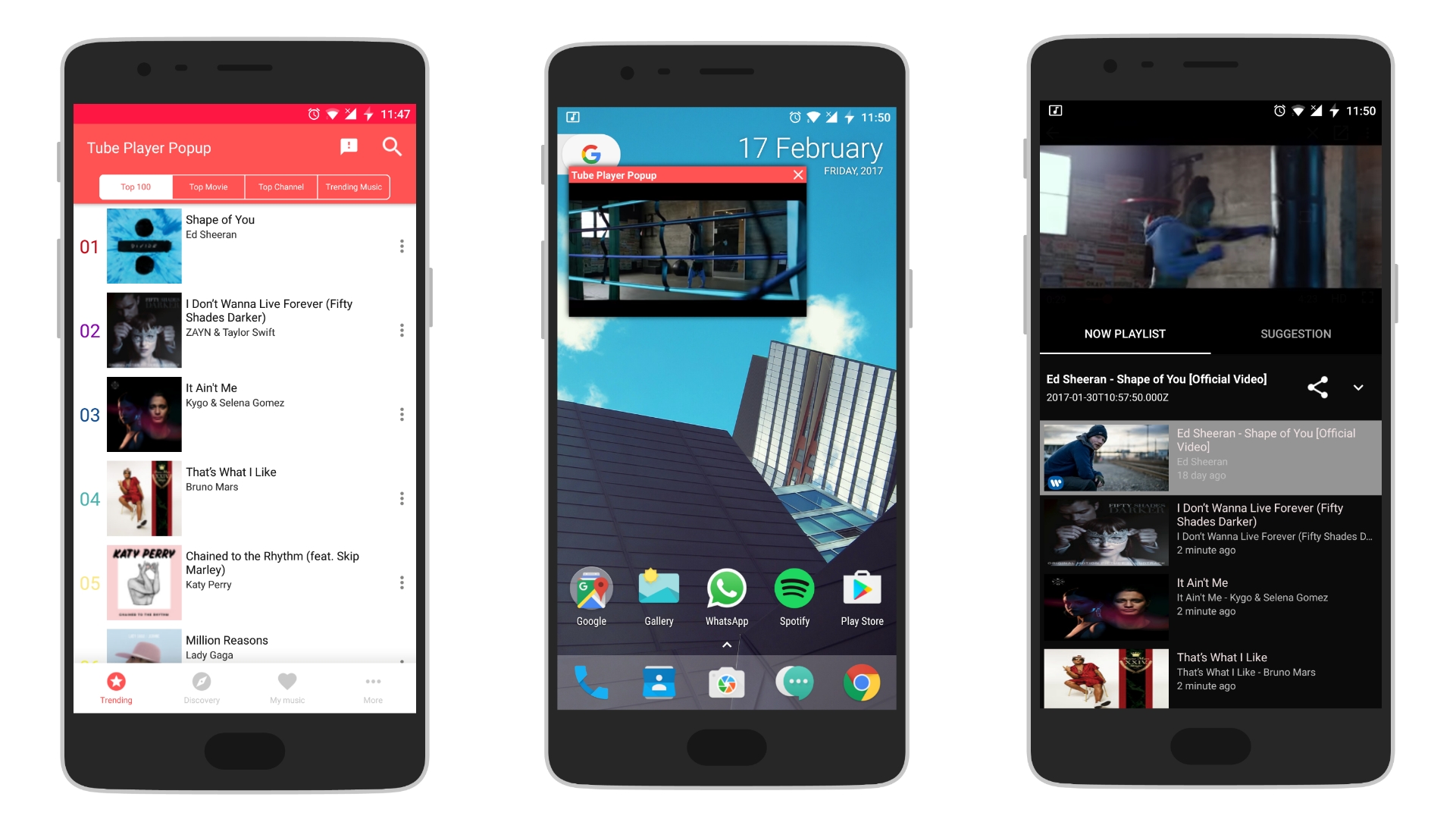 Well, this is probably that feature which a lot of us crave for. While the latest Android Nougat lets you split-screen and play YouTube videos simultaneously while doing any other work on your smartphone, however, Stream takes it to the next level. To sum up in one line, Stream will let you stream YouTube videos in a pop window which can float over your smartphone’s screen no matter in which app you are. In other words, you can simply watch a YouTube video while chatting on WhatsApp, browsing on Facebook or literally anything you can do on your smartphone. Simply tap the video you want to play and the app will pop up the floating window post which you can navigate to anywhere you want on your device. Further, tapping on the floating window will show up the current Playlist and a bunch of suggestions related to the video which is being played. The app also gives you an option to adjust the size of the popup window and an option to enable Dark Mode. Apart from that, the user interface found on Stream is a lot similar to YouTube. You get four tabs up to namely, Top 100, Top Movie, Top Channel and Trending Music. We would have liked the ability to get your subscribed channels from YouTube as well, but we will let this feature pass. Since you don’t login with your YouTube account, the ability to like share and comment on any video is also missing. So Stream delivers what its meant to i.e. play YouTube videos in a pop window. However, one downside about the app is that it does show up some apps randomly in between.