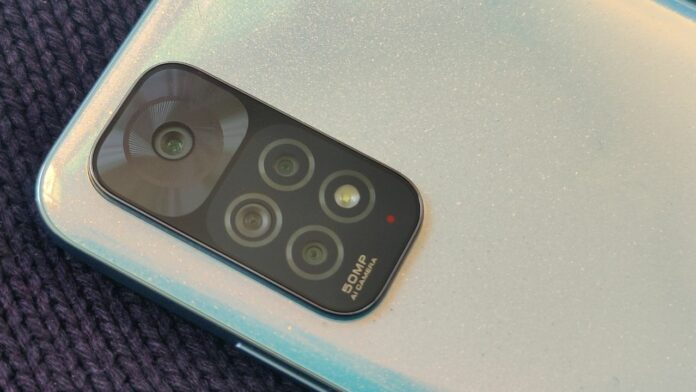 Xiaomi has been religiously following what it calls the EVOL design (LOVE spelt backwards) for its Note series and the Note 11 follows in its footsteps. The phone comes with a very similar, Note-like camera unit on the back where the rectangular camera unit is placed on the far left side.

The camera unit is divided into a small square which is the largest lens in size and home to the main 50-megapixel sensor while the other three are placed in a rectangular space below it, paired with the flash. We received the Stardust White colour variant which is quite shiny and sparkly and has a very subtle colour gradient where the white transitions into a light blue as light falls on it.

The phone comes with a curved back but has flat sides. The glossy curved back tries really hard to pass off as glass, but the back material is a little too plasticky. The shiny back does not highlight fingerprints that easily, but we do not think it will age well when it comes to scratches. The curved back may make the phone feel a little routine but the flat sides not only add some grip to the phone but also make it feel slightly different from its predecessor.

The top of the smartphone carries a speaker grille, an IR blaster and a 3.5 mm audio jack, while the base carries another speaker grille and a USB Type C port. The volume rocker and the power/lock button, which doubles up as a physical fingerprint scanner, are placed on the left side, while the SIM card tray with dual SIM card support and dedicated microSD card space is placed on the right. While everything else is pretty routine, we do not think the top of the phone makes an ideal space for the 3.5 mm audio jack. Connecting the headphones to the top can be quite inconvenient and also can cause a fair deal of stress to the connected part of the wire.

The front of the phone is quite in sync with today’s design language, especially in this price bracket. The tall AMOLED display of the phone dominates the front and has thin bezels around it. The chin is relatively thicker but not scandalously so. Keeping with the trend, the Redmi Note 11 brings a punch hole notch to the table which houses the phone’s front facing camera.

Despite the 5,000 mAH battery, the phone weighs about 179 grams and is actually quite slim at 8.09 mm. This makes it very easy to hold and use. It is 159.9 mm long and 73.9 mm wide. All of these measurements put together do not make the Redmi Note 11 the tiniest phone around, but the relatively lighter weight and the slimness of the phone make it easy to hold and can sometimes be used even with one hand, provided you have somewhat large hands.

As mentioned earlier, the phone has quite a strong plastic feel to it. It does not feel cheap but it does not feel quite as premium as we have seen some of the Redmi Notes in the past either. The phone mostly follows a very regular design blueprint with slightly curved back, the EVOL design (which may be a Redmi trademark but now needs some visual improvements) and the routine front, making it a safe design deal and not something that would make people go gaga over it.

The phone is not bad looking and actually has a brilliant hand feel but just does not come with a wow factor.

The Note series, from its inception, has been little about design and more about the specs that it offers at a competitive price point. While Redmi has upped its Note design game in the past couple of years, the specs are somehow not as staggeringly “value for money” as they once used to be.

The phone is powered by the Qualcomm Snapdragon 680 processor, which is an upgrade from the Snapdragon 678 that ran the Redmi Note 10 show but is still below the Snapdragon 732 and 720. The processor is powerful enough to handle your daily needs with ease and should be able to get you some gaming action but not on maxed out settings. There are plenty of RAM/storage options to choose from. The Redmi Note 11 is available in 4 GB/ 64 GB, 6 GB/ 64 GB and 6 GB/128 GB variants. Storage can be expanded via MicroSD card to a massive 1 TB.

Not much has changed numerically when it comes to battery mAhs either. Running the Redmi Note 11 is a 5,000 mAH battery which is again the same as the one we saw on the Redmi Note 10 in terms of numbers. It also comes with fast charging support and a 33W power adapter in the box just like its predecessor, although Xiaomi claims this one charges faster.

This is one of the first Xiaomi phones to come with MIUI13 out of the box, but the one upgrade we were expecting from the Redmi Note 11, which Xiaomi, unfortunately, did not deliver, was Android 12. The phone does not come with 5G support either but comes with an IP53 rating which makes it dust and splash-proof.

Does not seem as value for money as Notes usually do

With the price tag of Rs. 13,499 for 4 GB/ 64 GB version, Rs. 14,499 for 6 GB/ 64 GB variant and Rs. 15,999, the Redmi Note 11 does not seem as value for money as some of its predecessors used to. The phone does not bring path-breaking upgrades over its predecessor. While there is plenty of competition hovering around, the biggest one would still be the Redmi Note 10 as it is likely to be offered at a reduced price now that a new variant is launched. 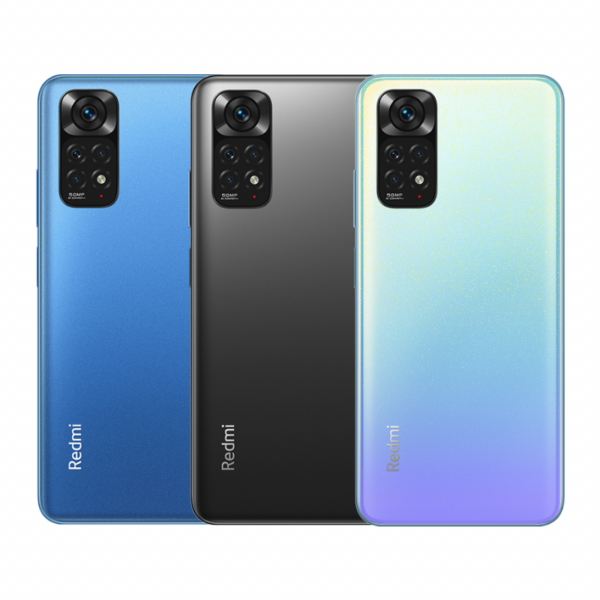