The smartphone is equipped with the Google Assistant

The new age India based handset manufacturer Kult has added a new member to its family, dubbed as the Kult Ambition. The company was found in late 2015, with the launch of its first budget Android-based smartphone the Kult 10. Coming back to the Kult Ambition, the device is available at a price tag of Rs 5,999 on company’s official website as well as on Amazon India. 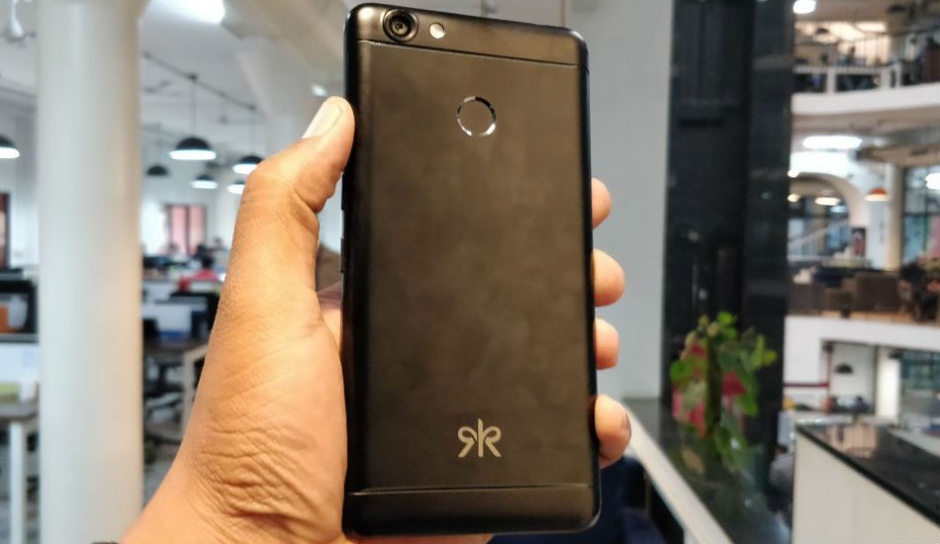 Similar to the other smartphones in the market the Kult Ambition features a pretty standard design. At the front, it comes with the rounded edges and corners along with 2.5D curved-edge Gorilla Glass give the device a premium look. The smartphone bears a 5-inch HD IPS display with the resolution of 1280×720 pixels. During our review period, we found out that the display was not able to deliver sharp colours and contrast, comparing to Micromax Bharat 5 screen with same pixel resolutions.

Above the display the smartphone sports the earpiece, secondary camera along with a face firing LED flash.At the bottom, there is a speaker grill, while at the top, you get a with a USB charging port and headphone jack. On the right, it houses the volume rockers and just beneath it, there is a power button. 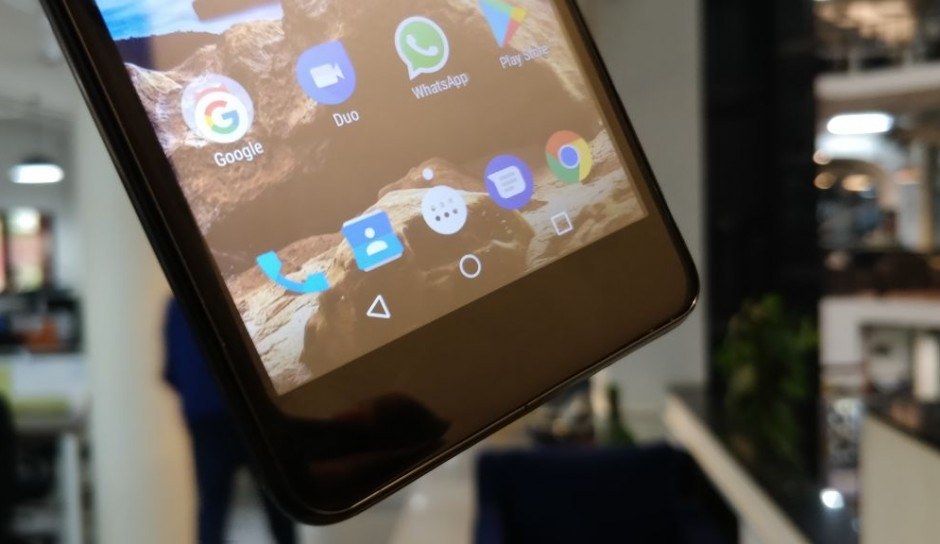 Moving to the back, the smartphone gives looks identical to its ancestor, the Kult Gladiator, which was launched earlier this year. The Kult Ambition features a removableback panel. It is made up of metal on the centre and plastic on the corners. It houses a rear camera along with LED flash a battery, dual-SIM slot, a microSD card slot and fingerprint sensor.

The performance of the device is below average, as the smartphone is powered by an outdated MediaTek MT6735 processor. While Xiaomi is offering Qualcomm Snapdragon 425 in its Redmi 5A(Review, Specification) of the same price range. During our review period, the device was not able to handle most of the daily tasks, especially switching between apps and multitasking was a big pain. As far as gaming is concerned, most of the casual games like Candy Crush and ludo workers completely fine, but high-end games like Gameloft’s Asphalt 8: Airborne experience log of lags and frame drops. 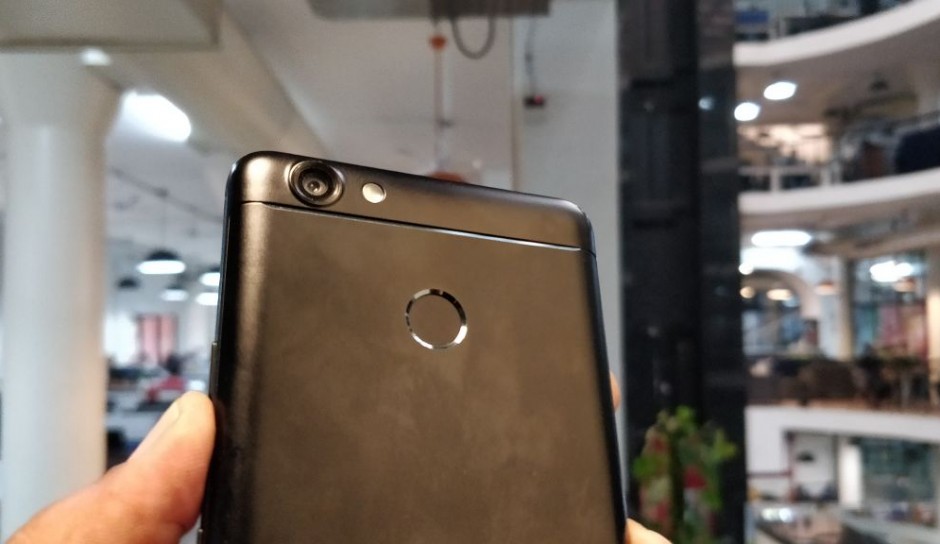 The Kult Ambition runs on the Android 7.0 Nougat operating system, for those who love the near stock finish, will definitely like the user interface of the smartphone. Use can swipe up to launch the app drawer and swipe down for the notification tray. As the handset is Amazon Exclusive, it comes preloaded with the Amazon Shopping and Prime Videos app.

Further, we were surprised to see that the device is equipped with the Google’s virtual personal assistant, which is very rare in this price range. Google Assistant allows users to search the Internet, schedule events and alarms, adjust hardware settings of the device with just over a voice command.

As far as battery is concerned, the Kult Ambition houses a 2600 mAh battery, which is again a let down after the processor. It barely lasts a full day after normal use, which includes music streaming, surfing the net, using social media, chatting on WhatsApp and taking calls. However, if you are a heavy user do not forget to carry a power bank or wall charger with you. In our experience, the phone took around 2 hours to charge completely from zero to 100 percent with its wall charger. 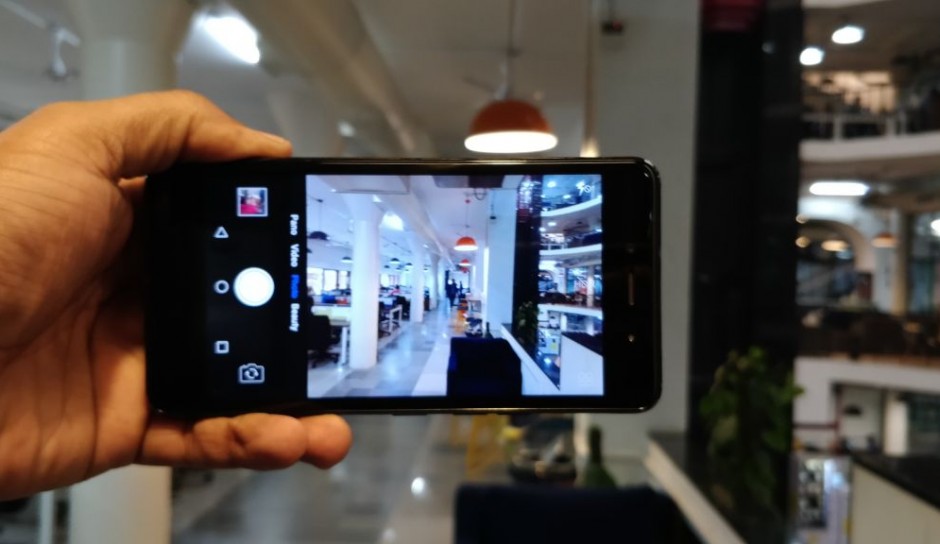 The camera of the smartphone is definitely an add-on to the smartphone. The Kult Ambition is equipped with a 13-megapixel rear camera. At this price range, the featured camera did a pretty decent work and records soothing videos in natural light. But when it comes to indoor and low lighting, the handset was delivering mixed results. In our experience, the quality of the pictures taken was fuzzy and blurred. Further, It comes with the seven-level of beauty mode, HDR and panorama mode.

The secondary camera the handset is a disappointment. Thought, the smartphone houses a 5-megapixel sensor, the quality of the image is not up to the mark. On comparing it with the Micromax Bharat 5, the Kult Ambition captures a captures blurred images.

To conclude, the performance of the is Kult Ambition is a pretty average . It is powered by an outdated chipset, on the other hand, Xiaomi Redmi 5A is offering a Snapdragon 425 processor. The rear camera and memory are definately a thumbs up, but the front sensor is a disappointment. As for the competition is concerned, the phone will face a stiff competition between the Xiaomi Redmi 5A, Micromax Bharat 5 and Motorola Moto C Plus.