One of the best offerings for its price? 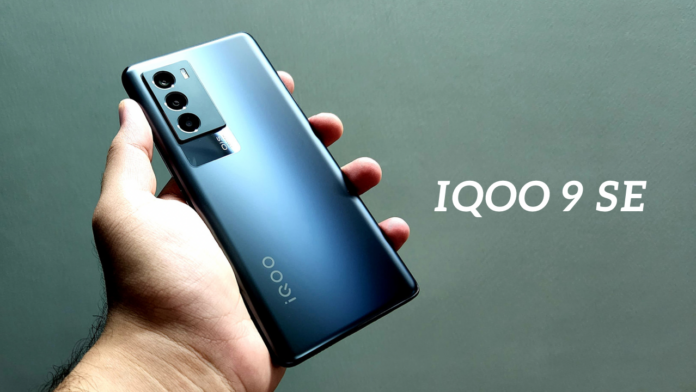 iQOO, along with the iQOO 9 and 9 Pro, released an even more interesting device called iQOO 9 SE. On paper, it seems like an all-rounder smartphone with flagship specifications such as the Snapdragon 888, triple cameras, 66W fast charging, etc. What’s even more appealing is its starting price which is just Rs 33,990 for the 8GB + 128GB variant and Rs 37,990 for the top-of-the-line 12GB + 256GB trim. This also makes it one of the cheapest offerings in the country that have a Snapdragon 888 SoC. So is the iQOO 9 SE really able to stand up to its competitors such as the Realme GT 5G, OnePlus 9 RT and Asus 8Z or is it too good to be true? Let’s find out.

iQOO 9 SE adopts a simpler design, such as the OnePlus 9 RT, where it has a curved back panel with a triple camera housing at the top left and the iQOO branding below it. There’s a speaker at the top that doubles as the earpiece and a speaker at the bottom as well for a stereo sound effect. The speakers are loud and sound surprisingly well with a hint of bass to it. The lyrics are clear and the overall experience is great.

Now, the buttons including those for volume and power are on the right, followed by a SIM Tray and a Type-C port at the bottom. The device has a premium in-hand feel and weighs light in the hand. The curved back helps in a good grip and I would say that the design of the phone is just as good as a flagship from other brands.

Coming to the front, the iQOO 9 SE has a 6.62-inches 120HZ FHD+ AMOLED panel that has 398 ppi density, 1200 nits of peak brightness and up to 300Hz Touch Sampling rate. Moreover, it has a dedicated display chip that enables it to support MEMC. With this, via intelligent algorithms, an intermediate frame is generated and interpolated into the two frames as a transition frame, thereby increasing the frame rate and bringing a visually smoother image. Furthermore, it can also upscale SDR content to HDR for wider brightness range, more colors, and higher contrast.

iQOO has equipped the 9 SE with a great panel that outputs punchy and vibrant colours. The viewing angles are decent with a slight tint of rainbow colours when viewing from a certain angle. It also gets bright enough under direct sunlight for clear viewing. Furthermore, the display chip that enables MEMC support is one of a kind as of now and isn’t available on the OnePlus 9 RT or the Realme GT 5G. This makes iQOO 9 SE stand out of the crowd, making it one of the best in terms of a high-end display panel.

What I didn’t like very much though, are the bezels all around the display that look thick in comparison to the likes of the OnePlus 9 RT, or the Realme GT 5G. Further, iQOO 9 SE’s Amazon listing and on iQOO’s own website show a display with much thinner bezels which is misleading to some extent.

The iQOO 9 SE draws power from last year’s flagship SoC, the Snapdragon 888. We already know that the Snapdragon 888 is a chip that’s powerful enough to handle everyday tasks without any difficulties. And that’s exactly what happened with the iQOO 9 SE where the phone was snappy in opening apps without any lags. It matches up to the standards of other flagships in terms of performance. The RAM management was also on the better side and the iQOO 9 SE also comes with Extended RAM 2.0, which can use 4GB of your internal storage as virtually added RAM.

Talking about FunTouch OS 12 in general, the software based on Android 12 is slightly better than the one based on Android 11. It still doesn’t support Google’s Material You Wallpaper-based theming, however, it brings a bunch of features such as Dynamic Effects customisation, various gestures, 3D surround sound support, etc. Moreover, the animations across the UI are very smooth and snappy at the same time, something which we used to see in Oxygen OS 10 from OnePlus. Lastly, you get February security patch on iQOO 9 SE which is not the latest but is still decent considering some flagships such as the ROG Phone 5s still had the September 2021 security patch in February.

As for Gaming features, there are a bunch of those, including one exclusively available with some iQOO phones, and that’s Frame Rate Interpolation. This upscales the frame rate to 120Hz within a game even if it does not support it. This is enabled with the help of the Display chip. Not all games support this feature, but those such as Battlegrounds Mobile India work really well without any hiccups. I couldn’t notice a single frame drop in BGMI with Extreme Frame Rate and HDR graphics. Enabling Frame Rate Interpolation is just icing on the cake, which takes the experience a notch above. Note that the phone gets hot while gaming, which is normal behaviour. Then there’s the 4D Game Vibration feature where the haptics can correspond in vibration to the gun shots in the game. The feature works well but because the haptics aren’t as strong enough, I avoided using it for the most part.

However, on the negative side, Call of Duty Mobile fans are going to be disappointed. For some reason, the phone just didn’t let me play the game even at 60Hz refresh rate. This is because whenever I got past the loading screen, the frame rate would just drop, resulting in lags even before I could start a match. This is the exact same issue I faced with iQOO 9 and I hope the brand fixes it soon with an OTA update. Moreover, the Frame Rate Interpolation feature doesn’t support Call Of Duty Mobile, whereas it did so on the iQOO 9. That’s a different thing that I couldn’t verify if its works properly because the game itself didn’t work as intended.

The iQOO 9 SE packs a 4500mAh battery with 66W fast charging support. The fast charger is provided inside the box and during my testing, it charged the device from 1% to 100% in 42 minutes, which is very close to iQOO’s advertised timeline of 39 minutes. As for the battery backup, the device can easily last you a day or even more with moderate usage.

The iQOO 9 SE has a triple camera setup at the back, including a 48MP primary camera sensor with OIS, a 13MP Wide-Angle sensor which has a 120-degree FoV and can also shoot Macro shots, along with a 2MP mono camera which is useless for the most part in my honest opinion. There’s a 16MP f/2.0 sensor on the front for selfies and video calls.

The main 48MP sensor takes good photos outdoors with natural colours and a decent dynamic range. The photos are full of details with good sharpness when you zoom in and pixel peep. Moreover, I couldn’t notice any sort of shutter lag which is again impressive. The wide-angle shots on the other hand, are average at best.

There’s a considerable amount of colour shift and a warmer tone compared to the photo from the main sensor. Further, there’s also some distortion at the edges that is responsible for the noticeable fish-eye effect. The wide-angle photos don’t remain as sharp and detailed as ones clicked with the primary sensor.

I loved the portraits out of the main sensor with accurate edge detection and a lot of details and sharpness. There’s an impressive bokeh effect despite the fact that the device doesn’t have a depth sensor. The camera could quickly focus on the subject as intended and overall, you can click some decent shots with portrait mode on the iQOO 9 SE.

However, things turn around when you come under low-lighting as the camera just fails to bring the subject in focus, despite me trying to do so by constantly clicking on the subject so it focuses. It failed to an extent where I had to go in Pro mode and manually take control of focus and click the shot. The result is as disappointing as the subject detection, with below average details and sharpness. There’s also some sort of noise in the photo while the colours remained decent.

Photos under artificial lighting had a slight smudge effect but nothing looks out of place. The detailing and the colours remained optimum. Moreover, the camera was easily able to identify the subject and bring it in focus this time. Selfies on the other hand also looked impressive with a good amount of details and a natural skin tone. However, at times, edge detection in selfie portraits is a hit & miss. 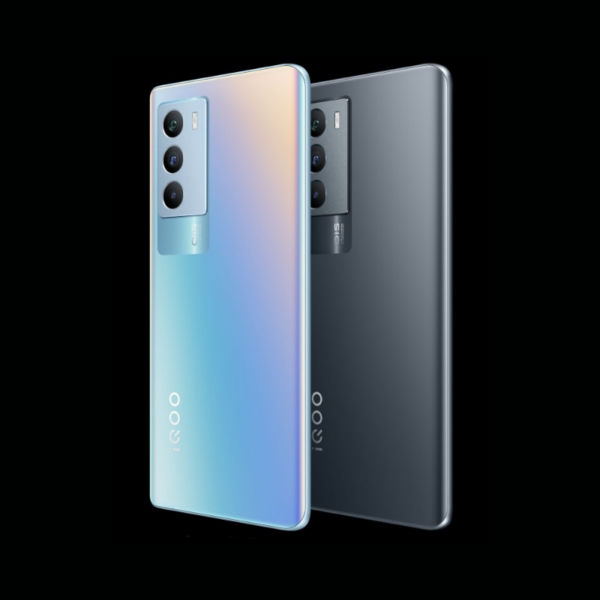 Load more
The iQOO 9 SE is a crackerjack offering at its price where the only place it lags behind is in terms of camera. The camera isn't terrible by any means and gets the job done for most. Apart from that, we can't argue about the iQOO 9 SE being one of the best options in its segment.Abhishek MalhotraiQOO 9 SE Review: Crackerjack Offering