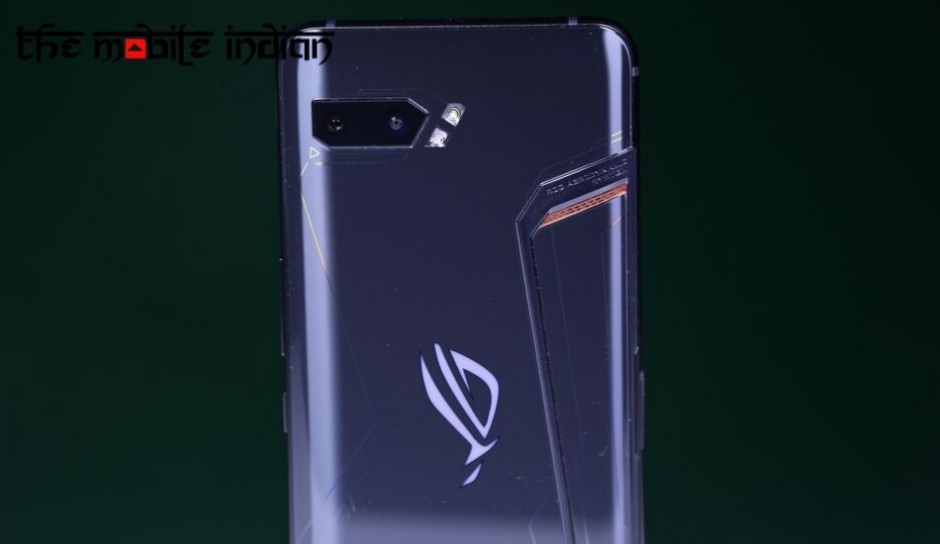 Can it change the perception of a gaming smartphone? Let’s find out.

Asus recently took the wrap off from its latest gaming smartphone, the ROG Phone 2. The smartphone comes with a price tag of Rs 37,999 for the 8GB RAM variant, while the 12GB RAM option is priced at Rs 59,999.

The ROG Phone 2 is designed to impress the gaming community with its key features. The smartphone comes loaded with top-notch hardware coupled with an immersive display. The phone is a first in India to sport a 120Hz refresh rate along with 240ms response time. This coupled with other gaming-centric features and aggressive pricing strategy, the ROG Phone 2. Can it change the perception of a gaming smartphone? Let’s find out.

Asus ROG Phone 2 is a beast when it comes to specs! 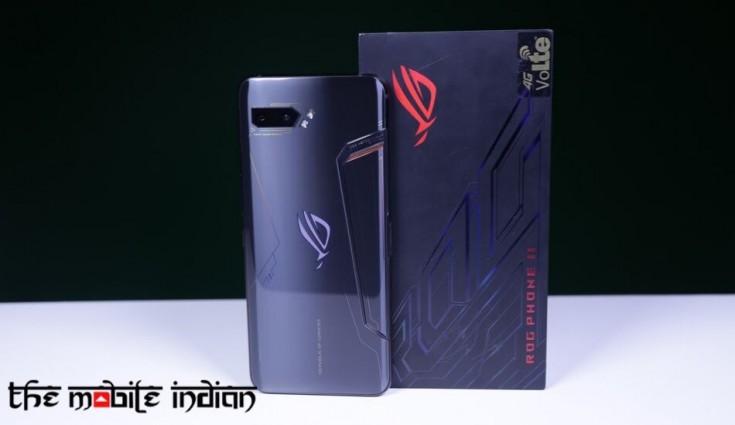 Asus ROG Phone 2 is a true gaming beast when it comes to specifications. The smartphone is backed by a 6.59-inch Full HD+ AMOLED display with a screen resolution of 2340 x 1080 pixels. Like we said at the start, the smartphone is the first to sport a 120Hz screen refresh rate with 240Hz touch response time. The display features 108 per cent DCI-P3 colour gamut and it also supports 10-bit HDR. This simply means that the gaming experience will be a pleasurable one with this smartphone.

Coming to the hardware, the ROG Phone 2 is powered by the latest Qualcomm Snapdragon 855+ processor along with Adreno 640 GPU. The phone is backed by up to 12GB of RAM and up to 512GB of internal storage. The company has also added AirTriggers II that comes with remappable buttons at the right side of the device. For heat management, the company has added vapour cooling chamber, heat dissipation plate and vents. It also features dual haptic actuators for 3D feedback. 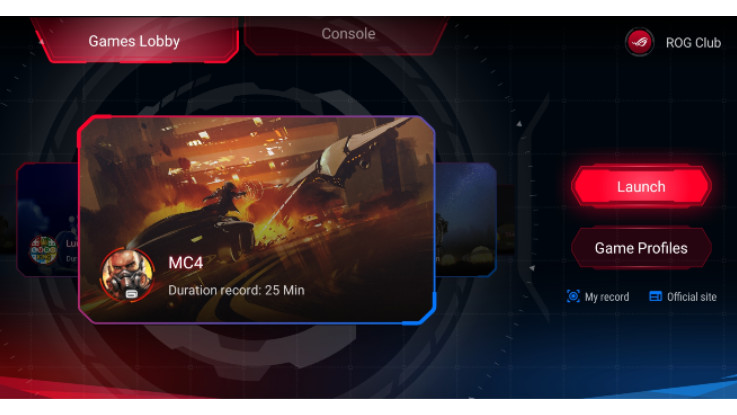 Let’s start with the Console. The left side of the screen shows real-time usage of CPU, GPU. RAM and storage. The company has introduced a new X Mode, which increases the clock speed for a better gaming experience. The app also allows users to control the sensitivity of Air Triggers and it also helps in controlling the System Lighting. Users can customise Aura Sync Lighting according for different scenarios like Music, Screen on, Boot Up, Incoming Call, During Call, Games, Notifications and more. 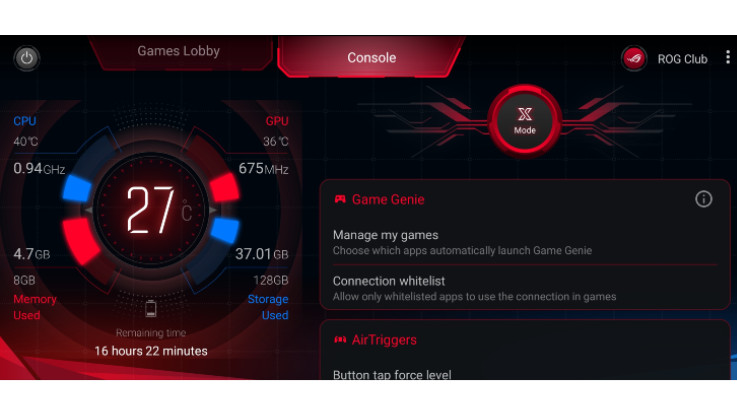 Now, let’s move to Game Lobby. This section shows all the games you have on the smartphone. The company has given an option of Game Profile through which you users can customise various settings for that game. One can change the performance settings, display settings, touch sensitivity, audio and network. This comes handy if you want to tweak the settings before playing the game and we liked the fact that it can be customised with so many options. 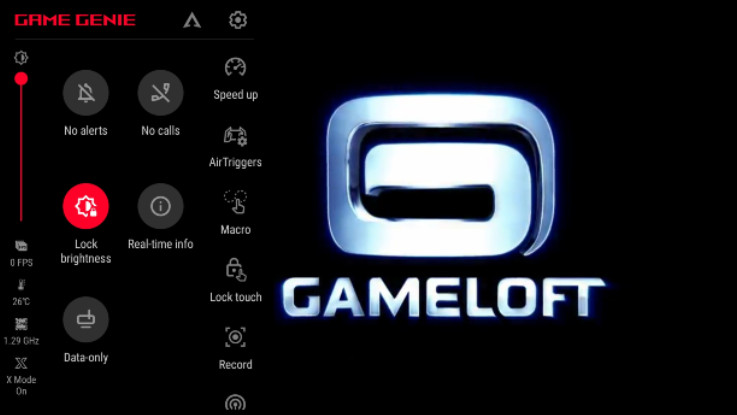 Moving on, the ROG Phone 2 is loaded with Game Genie, which can be accessed by swiping left during the game. The Game Genie is a one-stop for all gaming-related things. You have an option to lock brightness, restrict notifications and calls during gameplay. If you are facing a slight lag, you can tap on Speed up option, which frees the RAM and dedicate the resources to the game. Furthermore, one can customise the position of AirTriggers through this app. It also features an option to record the game and it also gives you an option to choose between recording game audio, microphone and more.

Gaming is a delightful experience!

The Asus ROG Phone 2 is a gamer’s delight in true sense. The vivid AMOLED screen coupled with the latest hardware takes the gaming experience to the next level. We played some casual games for starters like Alto’s Odyssey, Stack Ball and Dancing Road on this smartphone and it handled like a piece of cake. 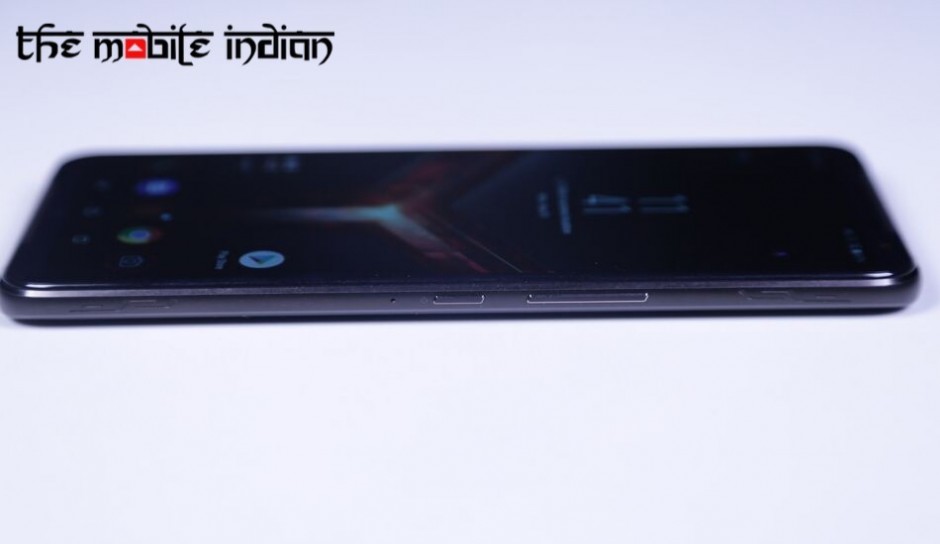 Coming to high-end games, we played PUBG Mobile, Modern Combat 4 and Asphalt 9. To start with PUBG Mobile, it took High settings as default. During the gameplay, we didn’t notice any lag or stuttering at all. The game was running at a stable 60fps and the whole gameplay was quite smooth in our opinion. When we pushed the graphics to HDR with extreme frame rate and colourful theme, the results were simply breathtaking. The visuals came out to be quite immersive and the overall gameplay was solid.

Coming to heat management, we noticed that with two or odd matches in PUBG Mobile, the lower part and left edges of the phone was overheated and it reaches a certain limit where it was a bit difficult to hold in your hand. This happens primarily because with such high settings, the phone requires a lot of computing power. But still, we think the overheating problem could have been managed slightly better. 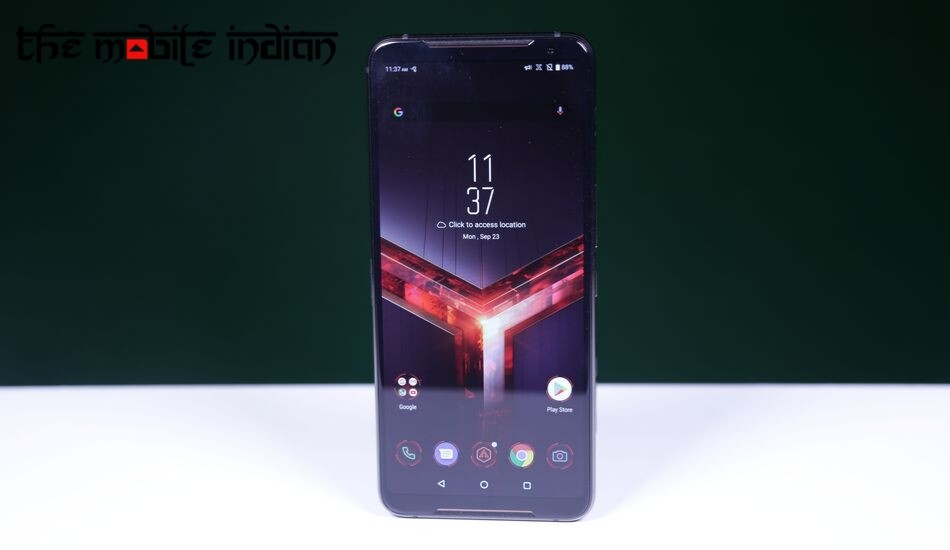 Coming to Asphalt 9, the whole gaming experience was quite immersive and we did enjoy the racing and graphics were at the maximum. The smartphone features dual speakers, which are quite loud and overall audio quality it to the point, making a delightful experience while playing the racing game. Moving on, with Modern Combat 4, the AirTriggers were helpful as we assigned them for shooting and aiming. The AirTriggers default sensitivity is a bit hard, so a light press does register an impress. However, you can change in the Console section of the Armoury Crate application. The only downside we noticed is the size of the device and the fact that it is heavy. So, if you are playing games for an extended period, your hands will start aching after a while.

To conclude, the Asus ROG Phone 2 is a gaming beast and our new favourite when it comes to gaming. The smartphone handles almost all the games quite effectively and the host of customisation options makes it easier to add more advancements for each game. The heat management could have been better. But overall, if you are looking for a gaming smartphone and your budget is Rs 38,000, then Asus ROG Phone 2 is the best option for you right now.