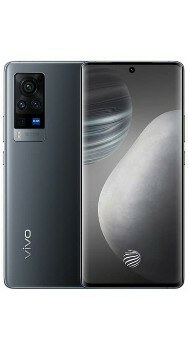 The device is powered by the Qualcomm Snapdragon 870 processor paired with upto 12GB of RAM and 256GB of storage.

The Vivo X60 Pro packs quad rear cameras with Zeiss optics lenses and that is where it differentiates itself from the standard X60. The X60 Pro includes the same 48MP primary camera with Sony IMX598 sensor but with f/1.48 aperture. It also features second-generation 4-axis OIS anti-shake feature.

Other three cameras include a 13MP ultra-wide angle sensor with f/2.2 aperture, 120° FOV which drops to 108° after distortion correction. Along with the identical 13MP f/2.46 50mm telephoto camera that is also present on the X60, the X60 Pro has an additional 8MP periscope camera with f/3.4 aperture that provides 5x optical zoom and up to 60x superzoom. On the front, it has a 32MP camera with f/2.45 aperture.

The device is backed by a 4200mAh battery with 33W flash charge support. On the software front, it runs on Vivo’s newest OriginOS 1.0 based on Android 11. The device has 5G connectivity as well.