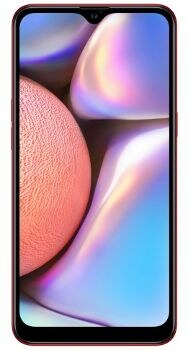 The Samsung Galaxy A10s features a 6.2-inch HD+ Infinity-V display with 1520 × 720 pixels resolution. Under the hood, the smartphone is powered by 2.0Ghz octa-core Exynos processor, coupled with 2GB RAM and 32GB internal storage. The memory can be expanded to up to 512GB via micro SD card.