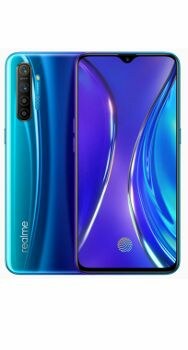 The Realme XT smartphone features a  6.4-inch Super AMOLED display, which is manufactured by Samsung. The Realme XT is powered by a Qualcomm Snapdragon 712 AIE processor along with Adreno 616 GPU. The phone is backed by an 8GB of LPDDR4x RAM and 128GB of UFS 2.1 storage option.

The Realme XT runs on ColorOS 6.0, which is based on Android 9.0 Pie. It is backed by a 4000mAh battery along with VOOC 3.0 flash charge support. It also features an in-display fingerprint sensor and face unlock feature. The phone is loaded with HyperBoost 2.0 technology that consists of System Boost, Game Boost and App Boost.