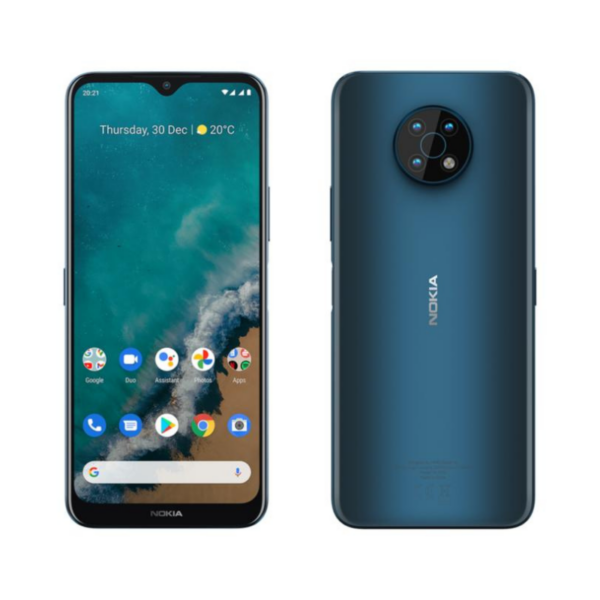 Nokia G50 sports an IPS panel of 6.82 inches, with an HD+ resolution of 720 x 1640 pixels and peak brightness of 450 nits. A 2GHz octa-core Snapdragon 480 processor powers the device. You’ve got 4GB of RAM for multitasking and 64GB of storage. There’s microSD card expansion support as well with up to 512GB of memory.

Further, there’s a 48-megapixel primary camera on the back. The circular camera module on the rear of the device has a triple camera unit and an LED flash. The other two sensors include a 5MP ultra-wide sensor and a 2MP depths sensor. Furthermore, on the front, it has an 8MP sensor for selfies.