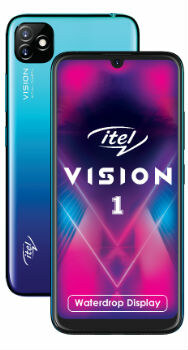 The smartphone is powered by 1.6GHz octa-core Unisoc SC9863A processor along with IMG8322 GPU. It is backed by a 3GB of RAM and 32GB of internal storage. The memory can be further expanded up to 128GB via microSD card slot. On the camera front, it is loaded with a dual-camera setup with a combination of 8-megapixel primary lens and a 0.08-megapixel secondary shooter. For the front, there is a 5-megapixel shooter with AI Beauty Mode.

The smartphone runs on Android 9.0 Pie operating system and it is loaded with a 4,000mAh battery, which the company claims delivers up to 820 hours standby, 24 hours of average usage, 45 hours of playing music, 8 hours of playing video and 7 hours of gaming. It comes with face unlock feature and fingerprint sensor. On the connectivity front, it supports dual 4G VoLTE, Bluetooth, WiFi, dual-SIM and micro USB port. The phone weighs 169 grams.