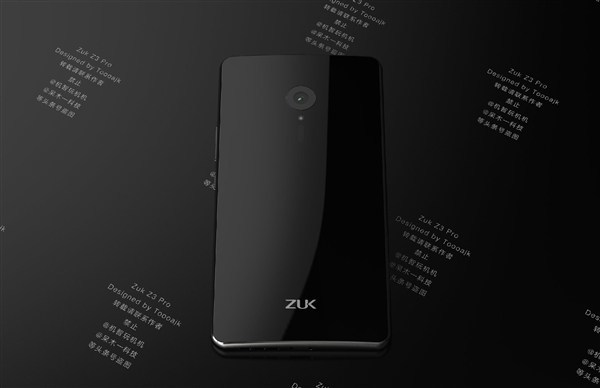 Zuk Z3 Pro is said to be coming in 6GBRAM/8GB RAM variants with Snapdragon 835 SoC.

Lenovo-backed ZUK had launched Zuk Z2 Pro last year in April in China. Now some concept images of its successor smartphone which goes by the name Zuk Z3 Pro have surfaced online. The concept images were created and posted on Chinese microblogging website, Weibo by Toooajk. Along with the images, some hardware specifications and expected price of Zuk Z3 Pro have also been revealed by the source. 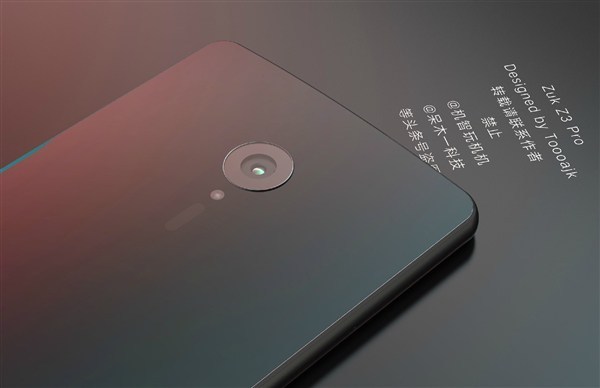 The images shown on Weibo reveal that the device is made out of metal and glass with ZUK brand highlighted on the back. The screen display is seen borderless in the images. The front reveals the presence of home button, with an ultrasound fingerprint sensor and a front camera on the top right corner. The 3.5mm headphone jack and a Type-C USB port are also seen in the images. 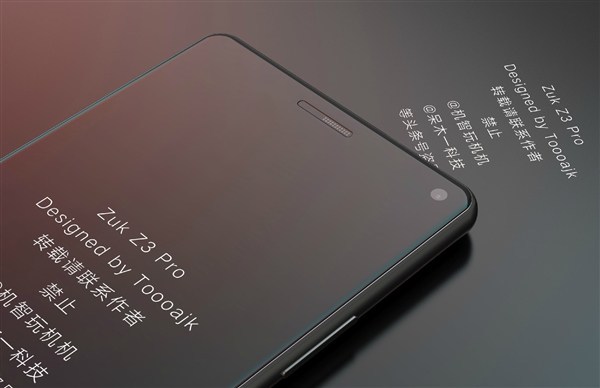 As per the data specifications revealed by Toooajk, the Zuk Z3 Pro will feature a 5.2 inch full HD display with resolution of 1920 x 1080 pixels. It will be powered by Snapdragon 835 64-bit octa-core processor, along with the Adreno 530 GPU for graphics. It will come in two variants – one with 8GB of RAM with 256 GB of internal storage and second with 6GB of RAM with 128 GB of internal storage. It will be boasted by 16-megapixel (Sony’s IMX398 sensor) rear camera and a 8-megapixel front camera. The Zuk Z3 Pro will be fueled by non-removable 3,300mAh battery supporting Qualcomm Quick Charge 4.0 fast charging technology. This concept ZUK Z3 Pro handset measures 139.1 x 71.9 x 8.4mm. It also features ‘U-Touch Invisible’ which by the source seems a fingerprint scanner placed on the front side of the phone. 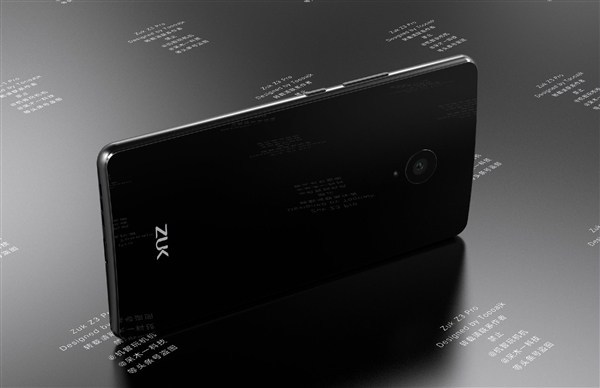 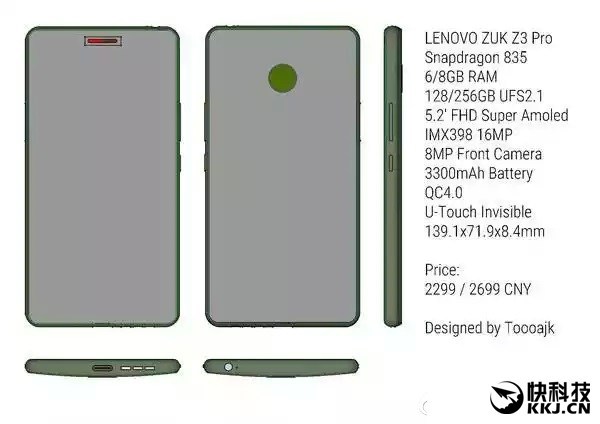 As per reports, the Zuk Z3 Pro might be launched in April or by the end of June this year. We would like our readers to take these images as well as specifications with a pinch of salt as these are only the concept images which have been created by a third party source and are unofficial.

To recall the specs of Zuk Z2 Pro, the device comes in two variants – 4GB RAM with 64 GB internal storage and 6 GB RAM with 128 GB internal storage. ZUK Z2 Pro features a 5.2-inch full HD (1920 x 1080) Super AMOLED 2.5D curved glass display. It is powered by a 2.15 GHz quad-core Snapdragon 820 processor, Adreno 530 GPU and 4GB/6GB RAM. There is 64/128 GB of internal storage in the phone. The smartphone runs on Android 6.0 Marshmallow operating system with ZUI 2.0 interface on top and comes fitted with a non-removable 3100 mAh battery that has Qualcomm Quick Charge 3.0 support too. The phone has afingerprint sensor on the home button that can unlock the phone in just 0.1 seconds. The ZUK Z2 Pro is made out of metal and its bezels are very thin.

The ZUK Z2 Pro has a 13-megapixel shooter and an LED flash light in its rear panel. The rear camera has phase-detection auto-focus (PDAF) feature. In its front lies an 8-megapixel camera. Besides, the smartphone offers 4G LTE with VoLTE support, fingerprint scanner, USB Type-C port, Bluetooth 4.2, WiFi, and GPS support.