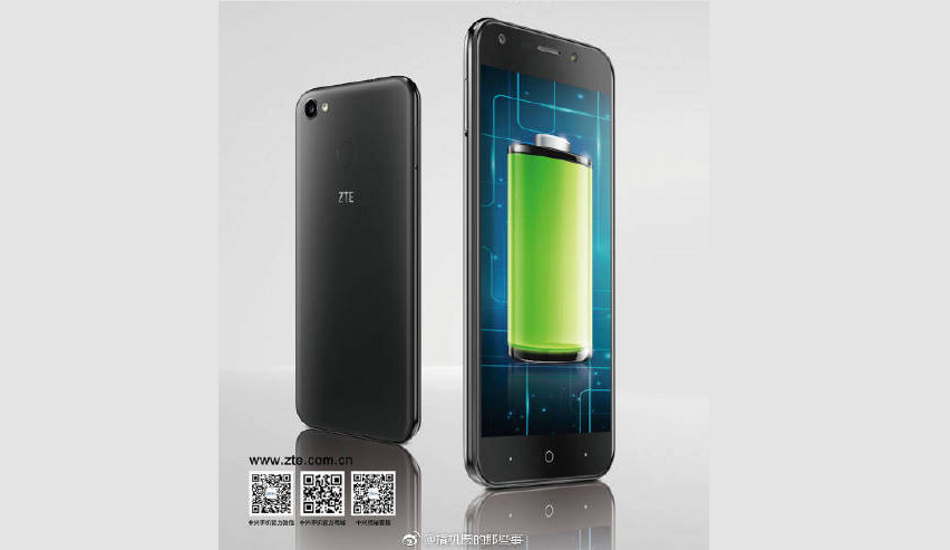 The ZTE Voyage 5 is the same device that we saw on TENAA last week with the model number A0620. The ZTE Voyage 5 features a metal unibody design and has a 5.2-inch HD (1280 x 720 pixels) display. It is powered by Snapdragon 425 processor, which is paired with 3GB/4GB of RAM. The device has 32GB/64GB of internal storage. The smartphone runs on Android 7.1 Nougat operating system and is backed up by a huge 5000 mAh battery with support for fast charging.

The ZTE Voyage 5 boasts a 13-megapixel rear snapper with LED flash while a 5-megapixel selfie shooter is in its front. Further, the smartphone offers dual sim, 4G LTE with VoLTE, WiFi, GPS/AGPS, Bluetooth and a micro USB 2.0.

Availability of the ZTE Voyage 4 A610 outside China is not known at the moment including India.

Recently, ZTE has launched Blade A3 in China at 799 Yuan which is approximately Rs 7,793. The ZTE Blade A3 features a 5.5-inch HD (720 x 1280 pixels) display. For the power, It comes with a 1.5GHZ quad-core MediaTek MT6737T processor, 3GB of RAM, and 32GB internal storage, which is further expandable up-to 128GB via micro SD card. The smartphone runs on Android 7.1.1 Nougat operating system and it features a fingerprint scanner at the back of the device.

Moreover, the device is backed by a 4,000 mAh battery. For the optics, the smartphone has a 13-megapixel rear camera with LED flash and dual front cameras with a combination of 5-megapixel and 2-megapixel. Besides, the smartphone offers triple sim, 4G, Bluetooth, WiFi (802.11b/g/n), GPS, micro USB port and 3.5mm audio jack for connectivity. The Blade A3 measures 152.4×75.8×8.2mm and it weighs 164g.