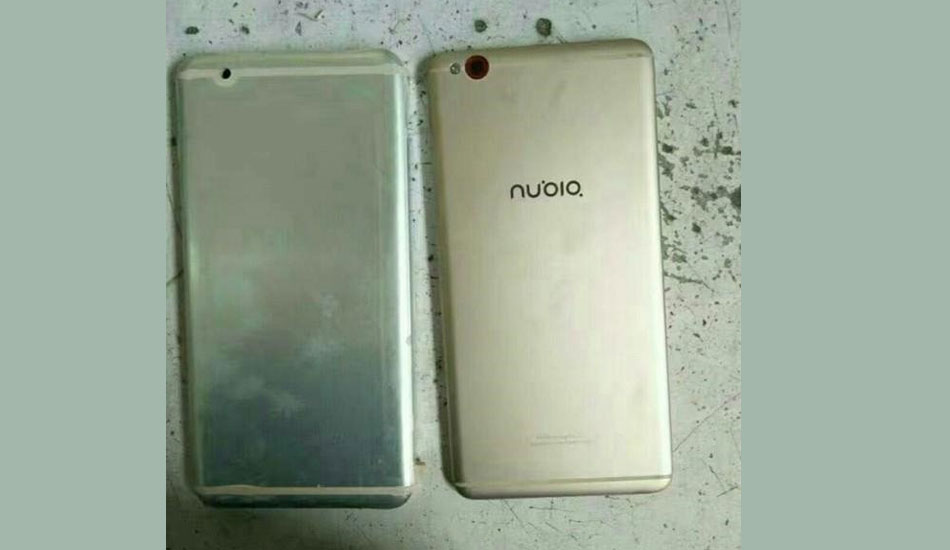 The renders does not show any fingerprint sensor on the back of the device.

Nubialaunchedthe Z11 and the N1 in India last year in December 2016. Now some render images of an unknown Nubia smartphone have surfaced online. The renders show only the rear side of the smartphone, giving some insight on how the upcoming smartphone will look like.

As per the render images, the phone’s rear view resembles a similar design to that of the Nubia Z11, except the antenna bands which is now situated at the top and bottom edges of the smartphone. The two back panels revealed in the render shows a metal golden body with the Nubia logo underneath.

To recall, the Z11 smartphone comes with a 5.5-inch Full HD display with Corning Gorilla 3 protection. The device comes with ‘Frame Interactive Technology’, which allow users to perform different tasks like switching app, taking screenshots etc by interacting with its left and right edges. Under the hood, the device is powered by a Qualcomm Snapdragon 820 processor coupled with Adreno 530 GPU, a 6GB of RAM and 64GB internal storage which is further expandable via hybrid Dual SIM slot.

On the camera front, the device sports a 16-megapixel rear camera with Sony’s IMX298 sensor, OIS, phase detection autofocus, f/2.0 aperture and dual tone LED flash. For the front, there is an 8-megapixel camera with 1.4-micron pixels, f/2.4 aperture, and 80-degree wide-angle lens. The Z11 will runs on Android 6.0 Marshmallow with company’s Nubia UI 4.0 on top of it. The smartphone is juiced up by a 3000mAh battery with Qualcomm Quick Charge 3.0. The device also sports a fingerprint sensor on the rear, which the company boasts can unlock the device in just 0.1 seconds. Connectivity options include 4G LTE , Wi-Fi 802.11 a/b/g/n/ac, Bluetooth, GPS, and USB Type-C.