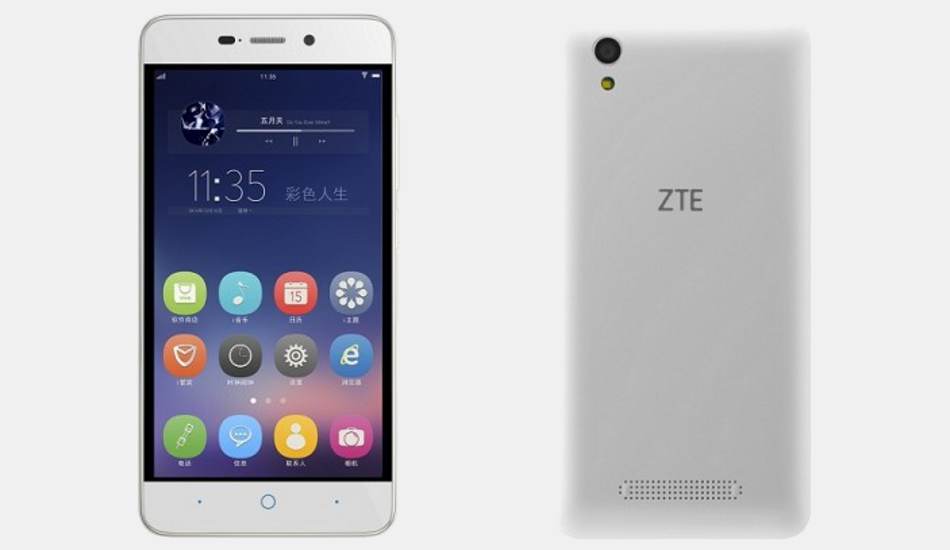 After unveiling ZTE Blade V580 and ZTE Blade D2 recently, ZTE seems to be in process of bringing another smartphone soon. A new ZTE phone with model name, ZTE BV0710 has been spotted on GFXBench benchmarking website. 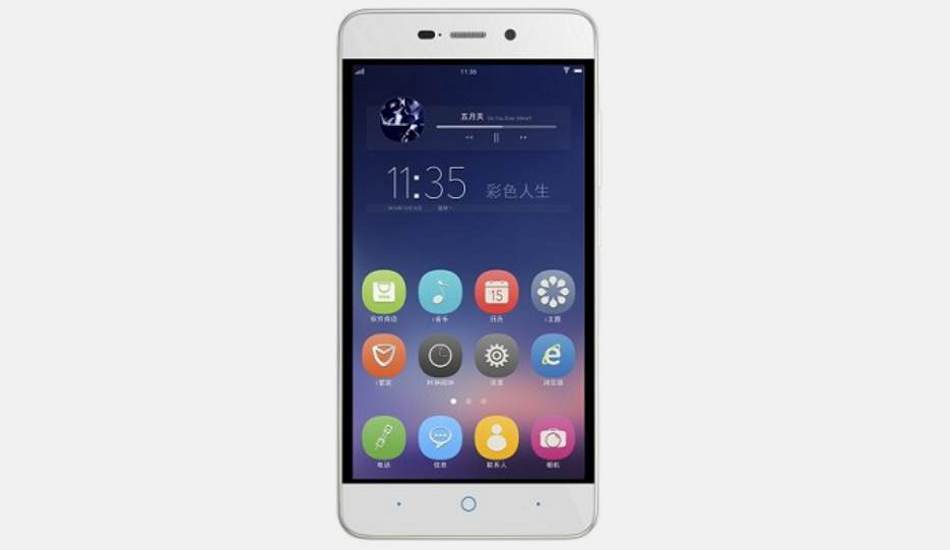 As per the listing on GFXBench, ZTE BV0710 has a 4.6-inch display that has five finger touch support and 1920×1080 pixels resolution. It is powered by a 1.8 GHz Mediatek MT6755 octa-core processor and 3GB RAM. The ZTE BV0710 offers 32GB of internal storage out of which 24GB will be reserved for the users. Besides, it has Arm Mali T860 GPU and Android 6.0 Marshmallow operating system. The listing however does not mention anything about the battery. 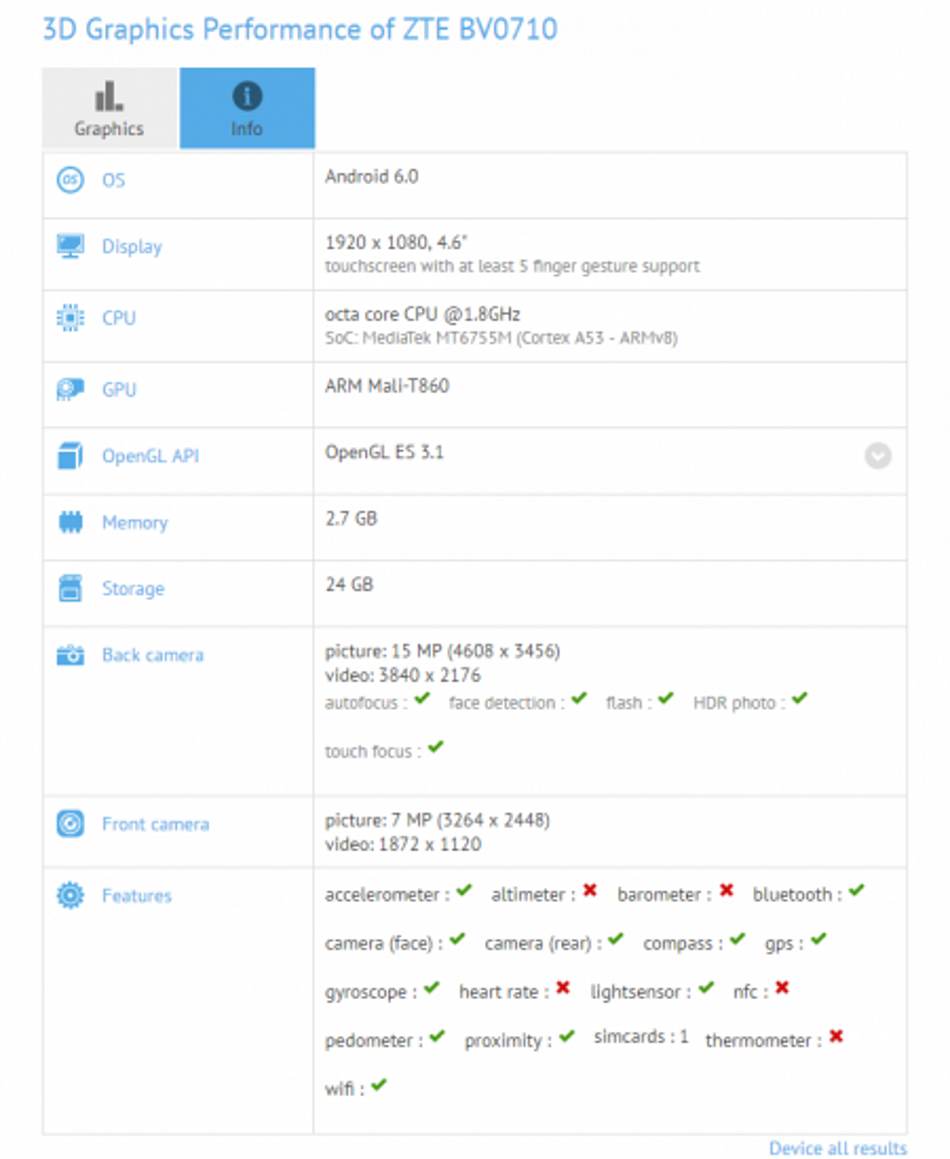 As per the benchmark listing, the ZTE BV0710 has a 16-megapixel autofocus camera and an LED flash in its rear panel while an 8-megapixel camera is in its front. Besides, the smartphone offers Bluetooth, GPS, WiFi and a micro USB port. As per the listing, the device has accelerometer, light, proximity and gyroscope sensors as well.