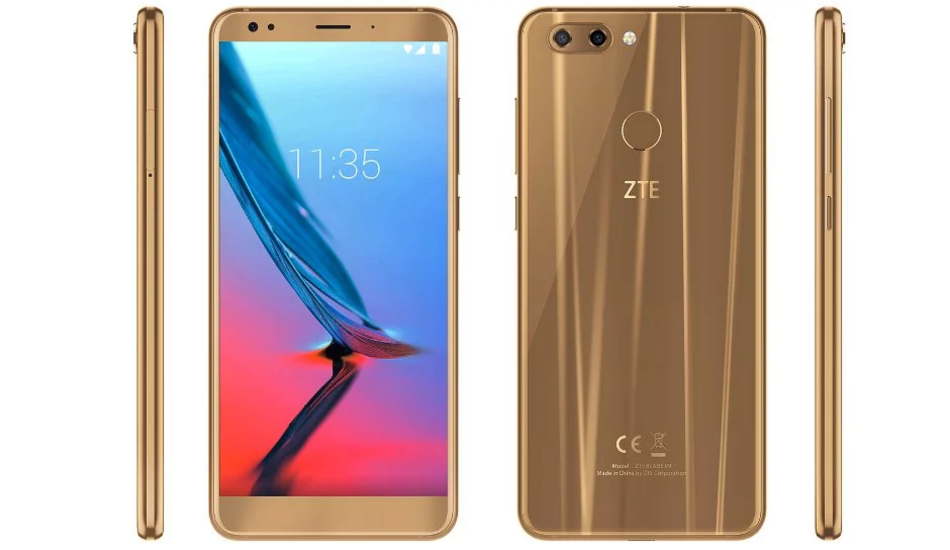 The smartphone is powered by a 1.8GHz octa-core Snapdragon 450 processor.

ZTE Blade V9 smartphone is set to be announced at the upcoming Mobile World Congress event to be held in Barcelona later this month. Now ahead of the launch, the smartphone has been spotted on GeekBench benchmarking website. The listing has revealed the expected specifications of the upcoming device which are inline with the earlier leaks.

In the GeekBench listing, theZTE Blade V9 got 772 points in single-core test and in multi-core test it received 3931 points. As per the listing on Geekbench, theZTE Blade V9 has 3GB RAM and octa-core processor clocked at 1.8 GHz. The handset is based on the Android 8.1 Oreo operating system. 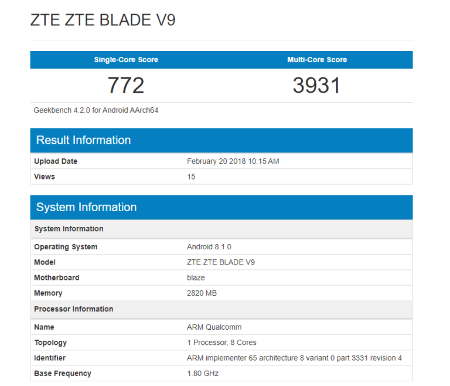 ZTE Blade V9 was found listed on ZTE’s Spanish websitewith complete specifications in December last year. As per the website, the ZTE Blade V9 features a 5.7-inch Full HD+ display with a resolution of2160 x 1080 pixels and 18:9 aspect ratio. The ZTE Blade V9 has a double sided glass design and has a reflective finish. It is powered by a 1.8GHz octa-core Snapdragon 450 processor. It comes with 2GB/3GB/4GB of RAM and 16GB/32GB/64GB of internal storage, which can be further expandable via microSD card. It runs on the latest Android 8.0 Oreo operating system and also houses a fingerprint scanner as well, which sits on its back panel.

Apart from Blade V9, the other V9 series of smartphones like V9 Pro, V9 Lite, and V9 Mini are also expected to be launched in future.