ZTE A530 launched with 18:9 display and Android Oreo 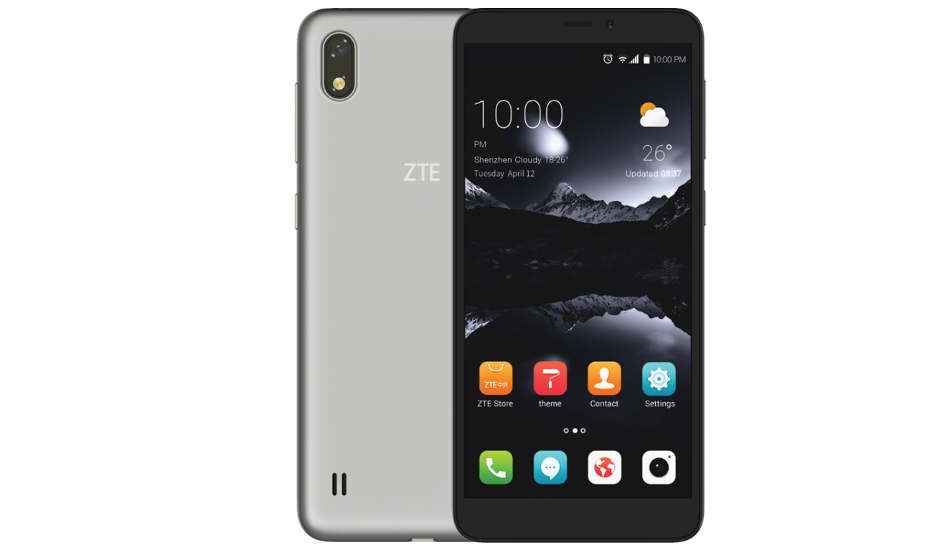 On the camera front, the ZTE A530 sports 5-megapixel rear camera and 2-megapixel front camera.

ZTE has launched a new smartphone which is dubbed as ZTE A530 in China. The smartphone is priced at 799 Yuan which is approximately Rs 8,236 and it comes in Silver colour.

As far as specifications of ZTE A530 are concerned, it features a unibody metal design and a 5.45-inch display with 18:9 aspect ratio and 1440×720 pixels resolution. It is powered by a 1.5GHz MediaTek MT6739 processor. It has a 2GB of RAM and 16GB of internal storage, which can be further expandable via microSD card. The smartphone runs on Android 8.0 Oreo operating system flavoured by Mifavor 5.2 and backed up by a 2,660 mAh capacity battery.

On the camera front, the ZTE A530 sports 5-megapixel rear camera and 2-megapixel front camera. There is no fingerprint scanner on the rear side of the smartphone. Besides, the smartphone offers all basic connectivity options like 2G/3G/4G, WiFi 802.11 b/g/n, A-GPS, micro USB port, Bluetooth 4.1 and 3.5 mm jack.

Meanwhile, yesterday, another ZTE smartphone dubbed as Blade A606 was spotted in the wild, along with its expected specifications and pricing. ZTE Blade A606 is said to feature a 5.45 inch HD display with resolution 720×1440 pixels and an aspect ratio of 18:9 and is powered by an MT6739 1.3 GHz quad-core processor, along with 2GB of RAM and 16 GB of inbuilt memory. It will run on Android 8.1 Oreo operating system and will be backed up by a 2600mAh battery. On the camera front, it will have a 5-megapixel rear camera with LED flash and a 2-megapixel snapper in the front for selfies and video chats.