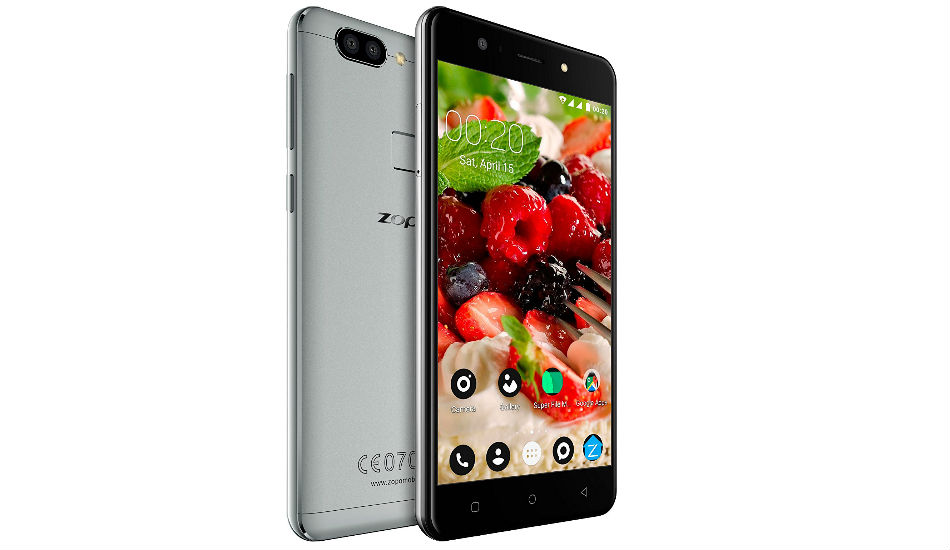 Zopo Mobile has added a new member to its smartphone portfolio with the launch of Zopo Speed X in India. Priced at Rs 9,499, the smartphone is available through major e-commerce channels and it is available in Charcoal Black, Royal Gold, Orchid Gold and Space Grey colour options.
The major highlight of the smartphone is the dual-camera setup, which consists of 13-megapixel and 2-megapixel sensors. The secondary camera is used to capture the depth of field, which helps create a popular bokeh effect. On the front, the device sports a 13-megapixel shooter for selfies and video calling and both the cameras are accompanied with LED flash.
The device also comes loaded with Ratan Tata-backed Niki.ai chatbot, which allows users to avail purchase option for more than 20 e-commerce services. Users can also chat to pay bills, book cabs, hotels, movies etc within few seconds.
You might also like this:
Jumping straight to the specifications, the Speed X features 5-inch full HD display with a screen resolution of 1920 x 1080 pixels. The phone is powered by a 64-bit octa-core processor along with 3GB of RAM and 32GB of internal storage, which can be further expanded up to 128GB via microSD card slot.
The smartphone runs on Android 7.0 Nougat out-of-the-box and it comes loaded with apps like Zopo Care and Zopo World. The device also features smart screen spilt and multi window view. It comes loaded with a fingerprint scanner, which the company’s claim can unlock the device in just 0.16 seconds. On the connectivity front, it supports, 4G VoLTE, Bluetooth 4.0, WiFi 802.11 a/b/g/n, dual SIM and micro USB port.