Intex, Gionee and Smart Namo too have announced their octa core handsets which are to be made available in India soon.

After Intex and Gionee, Zopo Mobiles has now unveiled its first octa core processor based Android smartphone which is named as Zopo ZP998. The phone’s pre-bookings have already started in China and is expected to be available in India next month or in January next year. It is priced at $299 or Rs 18,579 approximately.

Zopo ZP998 is powered by Mediatek’s MTK6592 octa core processor which is clocked at 1.7 GHz. This handset has a 5.5 inch IPS screen with 1080p resolution. The screen comes with Gorilla Glass protection. The handset runs on Android Jelly Bean OS (4.2) with 2 GB RAM, 16/32 GB storage and external micro SD card support of up to 64 GB.

It comes with Mali 450 GPU. Most importantly, Zopo ZP998 is 4G enabled. Since it has been launched in China where TD-LTE version of 4G has been implemented as in India, the phone is thus expected to support 4G network in India as well (except of Videocon which is to launch FD-LTE services in circles where it has got LTE spectrum). 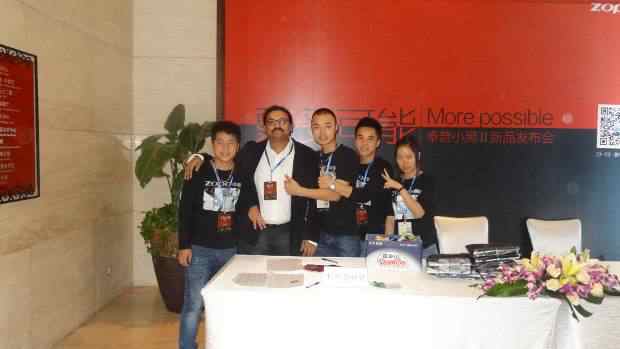 The Zopo ZP998 has also NFC, Bluetooth 4.0, GPS and WiFi (5G). the Android smartphone has a 14 megapixel rear camera with flash support and 5 megapixel front camera. This Zopo handset has something called “BE voiceâ€ that said to adjust the volume levels of voice based on the surround environment and/or the distance from the device.

Recently, Intex, Gionee, and even Smart Namo has announced their octa core smartphones which are expected to be launched in next month or in January next year in India.