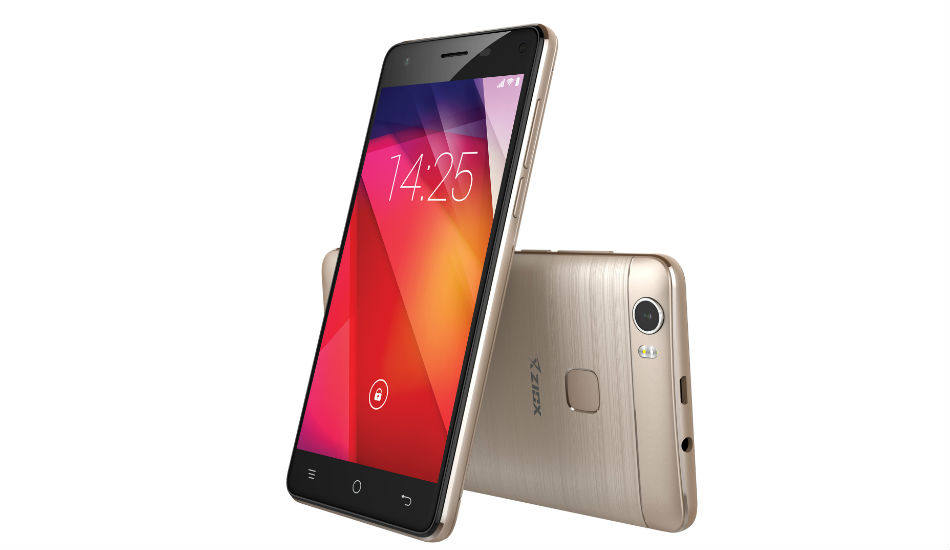 Priced at Rs 6,599, the phone is available across select retail stores in India and comes in Rose Gold and Champagne Gold colour variants.

Ziox Mobiles has added another member to its Astra series with the launch of Astra Titan 4G smartphone in India. Priced at Rs 6,599, the phone is available across select retail stores in India and comes in Rose Gold and Champagne Gold colour variants.
The smartphone comes loaded with a fingerprint scanner and also bundles app protection with fingerprint app lock feature. The fingerprint sensor can be also used to switch music tracks, click pictures, answer calls, control recorder and alarm. Further, it also features facial recognition feature as well.
The Astra Titan 4G also support 21 Indian languages and has an OTG cable support to transfer files, documents and images. The phone features a 5-inch HD IPS display with a screen resolution of 1280 x 720 pixels. The device is powered by a quad-core processor clocked at 1.3GHz, though the brand has not specified the chipset. Further, it is backed by a 1GB of RAM and 16GB of internal storage, which is expandable up to 64GB, via micro SD card slot.
On the camera front, it features a 5-megapixel rear and front camera with flash and runs on the latest Android 7.0 Nougat. The device is juiced up by a 3000mAh battery and support connectivity options including 4G, Bluetooth, WiFi, Dual-SIM and micro USB port. The device sports proximity, gravity and light sensors as well.
Commenting on the launch, Deepak Kabu, CEO, Ziox Mobiles said, “We are overwhelmed with the response to our Astra Series. The latest Astra Titan, is another promise from Ziox Mobiles, that brings the right value for Money with right tools, empowering users with technology. See it to believe it!”
Going by the specs, especially the language support, the Android version and the price, we can certainly understand why consumers would gravitate towards this one. Though, with just 16 GB memory, 1 GB RAM and Nougat riding it, it is anybody’s guess how fast or responsive the phone would be. The comoany seems to habve a clear focus on Tier 2 and 3 cities, going by the very limited presence, relatively, in the key metros.