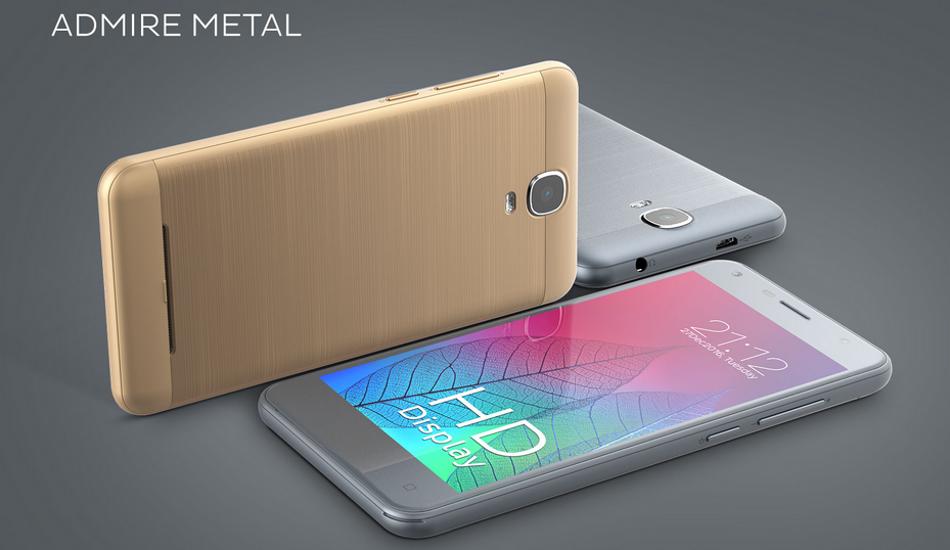 The smartphone comes in Champagne and Metallic Grey colour options.

Zen mobiles today announced the launch of its new VoLTE supported smartphone, which is dubbed as Zen Admire Metal. The smartphone is priced at Rs 5,749 and will be available for purchase through retails stores. The smartphone comes in Champagne and Metallic Grey colour options.

The Zen Admire Metal has a metal unibody design and features a 5-inch HD 2.5D Curved glass display with a resolution of 720 x1280 pixels. It is powered by a 1.3 GHz Quad core processor, which is clubbed with 1GB of RAM. The smartphone comes with 16GB of internal storage, which can be further expandable upto 32GB via microSD card. The smartphone runs on Android 6.0 Marshmallow operating system and is backed up by a 2500 mAh battery.

On the camera front, the Admire Metal sports a 5-megapixel with LED flash on the rear as well on the front panel. Besides, the smartphone has Dual SIM, 4G VoLTE, WiFi, GPS, Bluetooth, a microUSB port, Motion & Gesture support and comes pre-installed with 22 different Indian languages. Moreover, the smartphone offers various Value Added Services (VAS) and also comes with ‘Twin WhatsApp’ feature, that allows users set up two WhatsApp accounts in the smartphone.