Xolo has released the Android KitKat update for its Q3000 smartphone. The update is however in beta stage and a stable version is expected in coming days.

Xolo has recently updated several of its Q series devices to the latest Android KitKat operating system including the Xolo Q1000 Opus, Q700S, Q1010, Q1010i, and Q1000 Opus 2. It has also launched several handsets with the latest Android version like Q510S, Q500S, Q1200, Q1011 etc. However, it is yet to release the Android KitKat update for any of its tablet including the Xolo Play Tab 7 and Xolo Play Tegra Note. 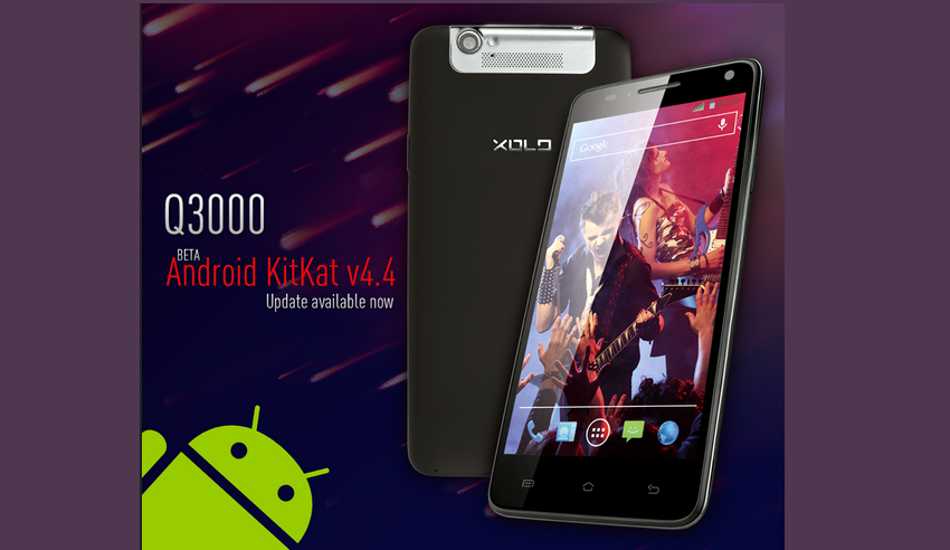 Coming back to the Q3000, since the KitKat update is in beta stage, some issues are likely to be encountered and after rectifying the mistakes, Xolo will soon bring a stable Android 4.4 update for the Q3000 later. The update is available from Xolo’s website. Users should thus download the same on to their PC and transfer the same to their phone to install it. Else, you can also directly download the same on to your phone and after unzipping the same, just install it to enjoy the KitKat version on your Xolo Q3000.

Available for about Rs 15,000, Xolo Q3000 offers a 5.7 inch IPS touchscreen with full HD resolution. It has a 1.5 GHz Mediatek MTK6589K Turbo processor, 2 GB RAM, and 16 GB internal storage. This phone has a 13 megapixel rear camera with BSI 2 sensor while its front 5 megapixel camera comes with BSI+ sensor.

This dual SIM smartphone has Bluetooth 4.0, WiFi, USB OTG, and MHL (to connect it with HDMI enabled TV) features. This 8.9 mm thick handset has a 4000 mAh battery which claims to offer 21 hours of 3G talktime.