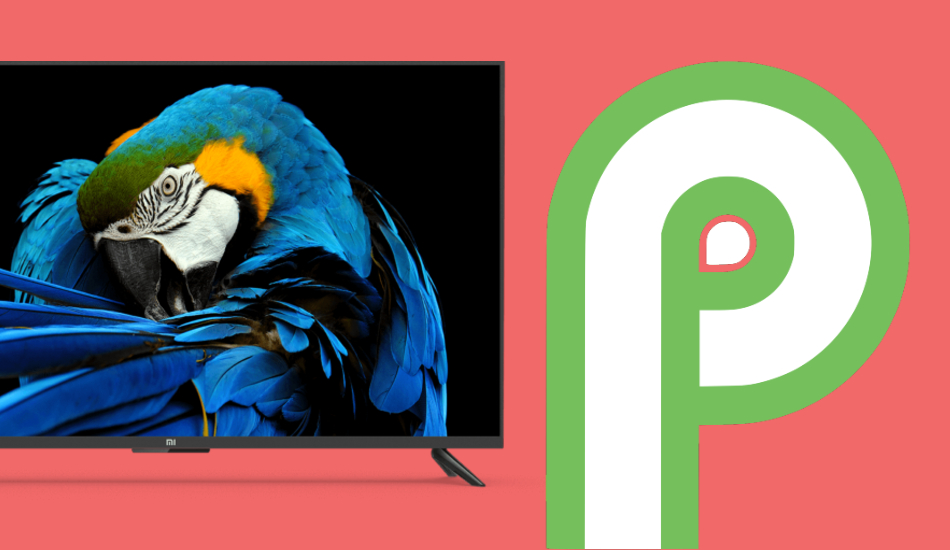 Yesterday, Xiaomi unveiled the Redmi TV with a 70-inch 4K screen. The company is, however, aiming to keep its original Mi TV lineup strong as it now starts rolling out Android Pie to the Mi TV 4A Pro and Mi TV 4C Pro. 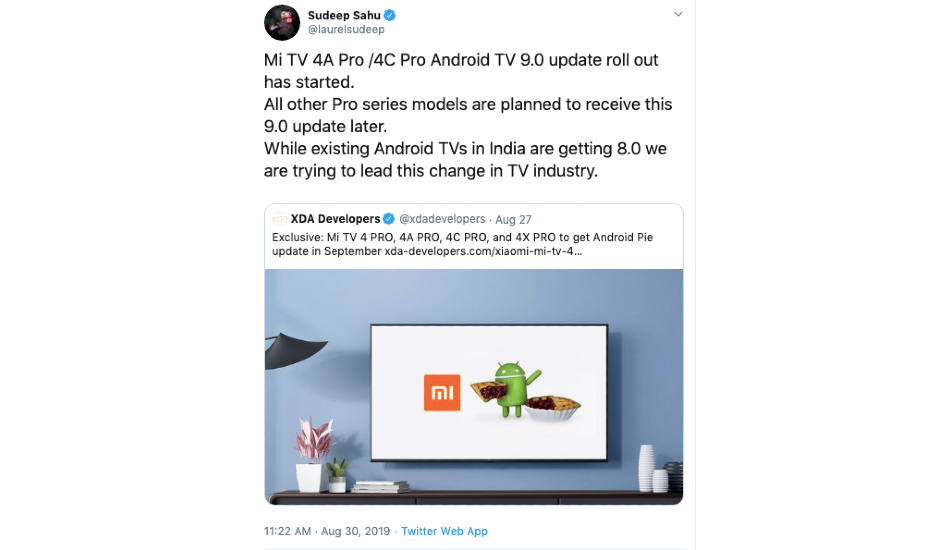 Sahu also disclosed that all other Pro series models will receive this 9.0 update later, thus confirming an earlier report which said that Xiaomi will roll out Android Pie to its second-generation Mi Smart TVs starting from next month.

These TVs include the Mi TV 4 Pro and Mi TV 4X Pro which are expected to get the update in September. With Android Pie update, Mi TV users will be able to access Google Play Store, Google Assistant, Play Movies, Play Music and built-in Chromecast support.

The update comes a year after Xiaomi unveiled the second generation Pro Mi TVs in September 2018 that included the Mi TV 4 Pro, Mi TV 4A Pro and the Mi TV 4C Pro. At the time, the TVs ran on Android TV based on Android 8.1 Oreo with Xiaomi’s PatchWall UI on top but later received an update to PatchWall 2.0 earlier this year.