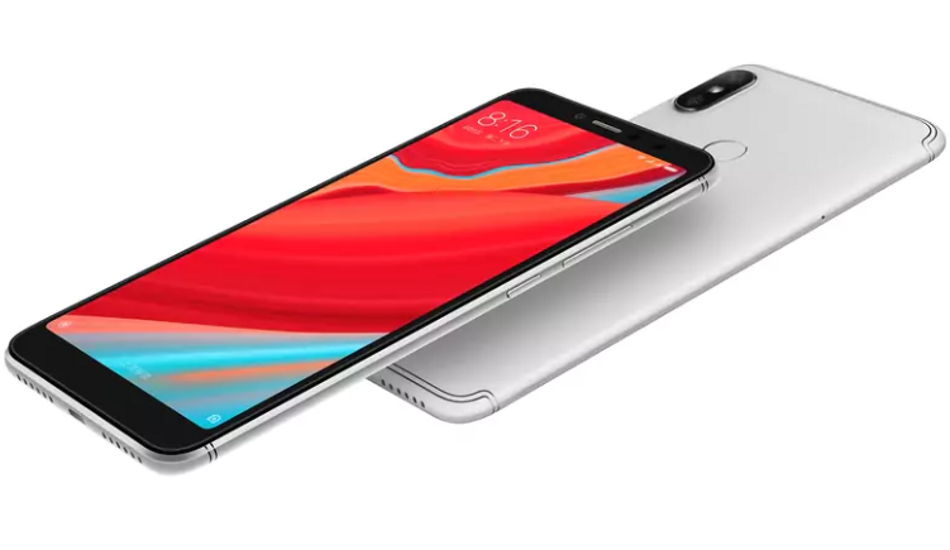 Xiaomi Redmi Y3 will be running on Android 9.0 Pie-based MIUI 10 out of the box.

Xiaomi Redmi Y2 smartphone was launched in India last year. Now seems like the company is working on to bring its successor, dubbed as Redmi Y3. The Redmi Y3 with the model number M1810F6G has been approved by Wi-Fi Alliance.

While the Wifi certification does not reveal any key specification of the upcoming smartphone, it does confirm Wi-Fi 802.11 b/g/n support. The listing also reveals that the Redmi Y3 will be running on Android 9.0 Pie-based MIUI 10 out of the box. 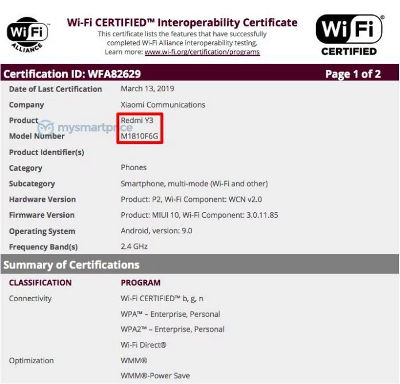 The certification ID is WFA82629 and the certified band is listed as 2.4 GHz. The Xiaomi Redmi Y3 is expected to be launched as Redmi S3 in China as the Redmi Y2 was launched first in China as Redmi S2.

To recap, the Xiaomi Redmi Y2 has a 5.99-inch HD+ display with 1440 x 720 pixels resolution and an aspect ratio of 18:9. It is powered with a 2GHz Snapdragon 625 octa-core processor with Adreno 506 GPU, the smartphone comes with 3GB/4GB of RAM and 32GB/64GB of internal storage. It runs on Android 8.1 Oreo operating system and it has 3,080 mAh battery. On the camera front, the Redmi Y2 has a 12-megapixel primary camera with PDAF, LED Flash and 5-megapixel secondary camera for AI portrait shots. For the front, the device has a 16-megapixel front-facing camera for selfies.