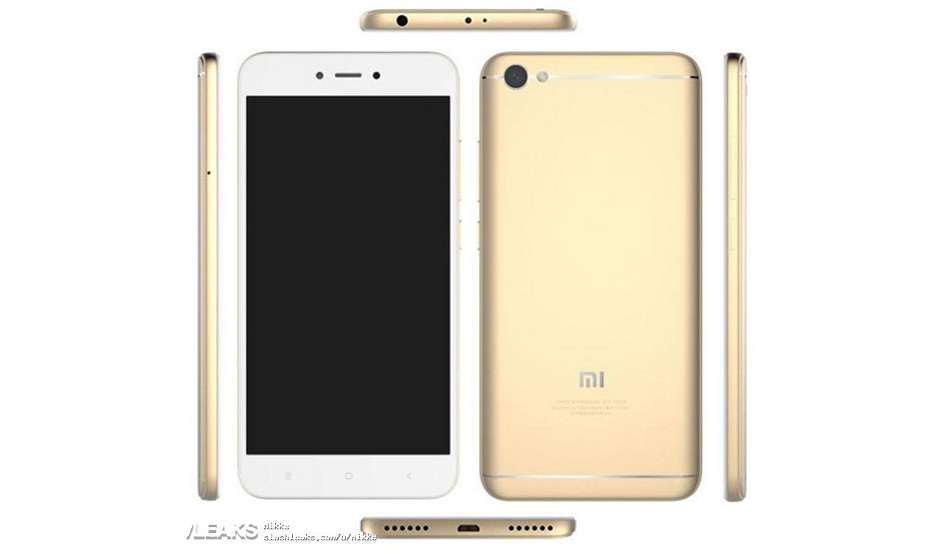 On the camera front, it will have a 13-megapixel rear camera with LED flash and a 5-megapixel snapper in the front for selfies and video chats.

The image shows the smartphone in full glory in gold colour. As per image, the smartphone will sport a metal unibody. The device is not featuring any fingerprint scanner on its back panel, as seen in the image. One can also see the single rear camera and a LED flash along with the Xiaomi logo on the back of the phone. The right side shows the power button and separated volume rockers while the bottom shows micro USB port, a 3.5 mm headphone jack and mic for noise cancellation.

As per the press renders by Slashleaks, Xiaomi Redmi Note 5A is said to feature a 5 inch HD display with resolution 720×1280 pixels and is powered by a Qualcomm Snapdragon 425 1.4 GHz quad-core processor, along with 2GB of RAM and 16 GB of inbuilt memory. It will run on Android 7.1 Nougat operating system and will be backed up by a 3080mAh battery. On the camera front, it will have a 13-megapixel rear camera with LED flash and a 5-megapixel snapper in the front for selfies and video chats.

As of now, only this much of information for this Xiaomi’s upcoming smartphone is available. However, we will keep you posted as soon as we get more updates on this device.

As per earlier leaks, Redmi Note 5 will feature a 5.5 inch full HD display with 1920 x 1080 pixel resolution. It will be powered by Qualcomm Snapdragon 630 64-bit Octa-core processor with Adreno 508 GPU. The smartphone will be featuring a fingerprint sensor below the display which can double as a home button. For connectivity features, Redmi Note 5 will be supporting USB Type-C 3.1, Bluetooth 5 and Quick Charge 4.0.