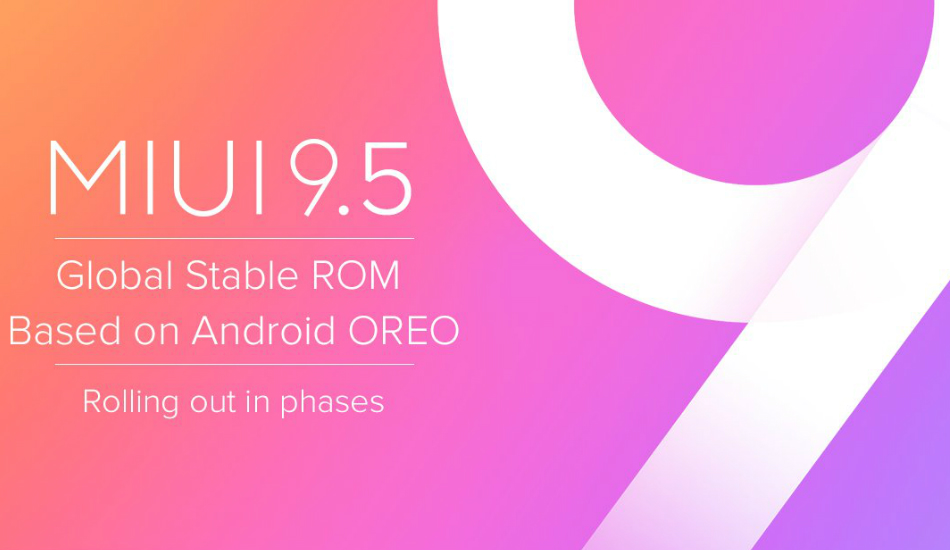 The wait is finally over as Xiaomi has announced over Twitter that the Note 5 Pro users will be notified of an over-the-air update that will port their device to Android 8.1 Oreo, starting this Friday, June 29. The announcement revealed that the device will be pushed to Android 8.1 but with Xiaomi’s MIUI 9.5 on top.

Xiaomi launched the Redmi Note 5 Pro in India back in February with Android Nougat out of the box. While the device was seeded with a few updates since then, users were anticipating their device to be ported to Google’s latest mobile OS – Android Oreo.

The wait is finally over as Xiaomi has announced over Twitter that the Note 5 Pro users will be notified of an over-the-air update that will port their device to Android 8.1 Oreo, starting this Friday, June 29. The announcement came from MIUI India’s twitter handle and revealed that while the device will be pushed an update to Android 8.1, it will only come with Xiaomi’s MIUI 9.5 on top instead of the latest MIUI 10 that was announced last month.

Xiaomi says that the update to the latest interface will come in phases and has advised to not be worried about not being notified of the latest firmware since it’s just the first phase of the update. Labelled as the Global ROM 9.5.6.0.OEIMIFA, the firmware has been in beta for ages due to the bugs that were present and fixed until the latest announcement. For users who might want to download the update manually, Xiaomi has ‘temporarily’ shut off the MIUI ROM site where ROMs were previously accessible for downloads. 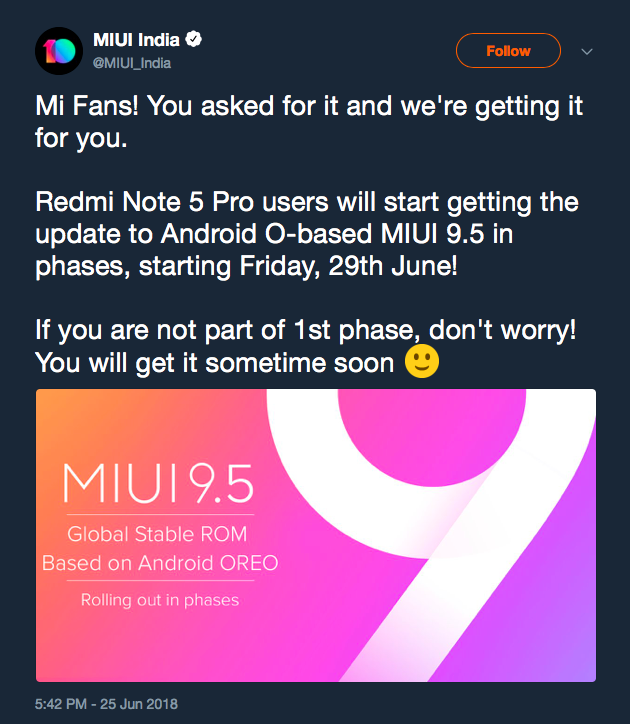 In addition to the latest Android interface, the Note 5 Pro will now get a slew of features including a Picture-in-Picture mode, autofill, notification dots and new emojis from Google. MIUI 9.5 would also have its own set of new features that include the new Mi Browser, enhanced app lock, gesture navigation and a revamped notification shade.