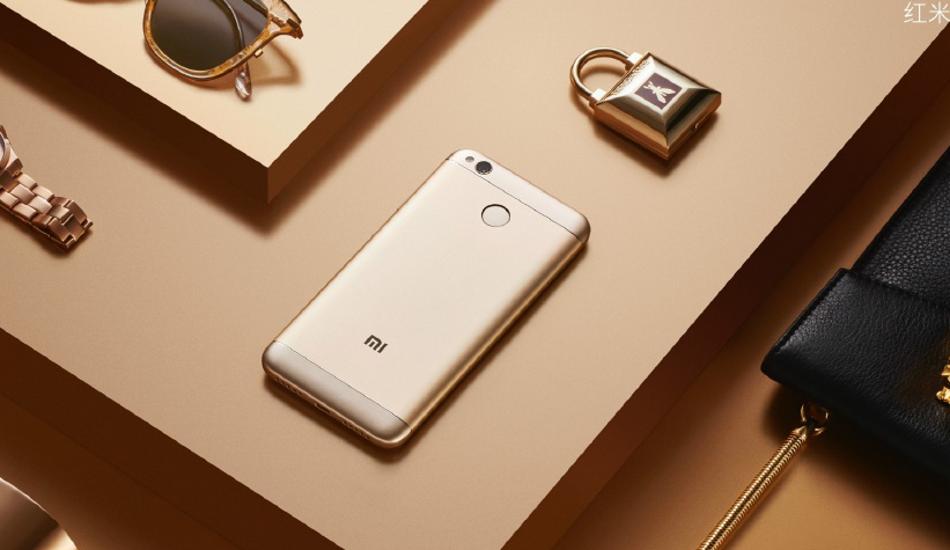 The smartphone will go on sale in the month of March in Gold and Black colour options.

After launchingthe Redmi 4, Redmi 4 Prime and Redmi 4A smartphone last year, Xiaomi has today announced another variant of Redmi 4 smartphone, which is dubbed as Redmi 4X. The Redmi 4X comes in two storage variants- 2GB RAM with 16GB of internal storage variant is priced at 699 Yuan, which is approximately Rs 6,792 and for 3GB RAM with 32GB of internal storage version one has to pay 899 Yuan (approximately Rs 8,735). The smartphone will go on sale in the month of March in Gold and Black colour options.

The Xiaomi Redmi 4X feature a 5-inch HD 2.5D curved glass display with a resolution of 720×1280 pixels. It is powered by a octa-core Snapdragon 435 processor, along with Adreno 505 GPU, 2GB/3GB of RAM and 16GB/32GB of internal storage. The smartphone also have an option to expand the memory up to 128GB via microSD card. The smartphone runs on Android 6.0.1 Marshmallow operating system with MIUI 8 on top of it and is backed up by a 4100mAh battery.

On the camera front, Redmi 4X smartphone sports a 13-megapixel rear camera with f/2.0 aperture, 5P lens, PDAF, LED Flash, and a 5-megapixel front-facing camera withf/2.2 aperture for selfies and video chats. The smartphone has a fingerprint scanner which will be placed on its back panel and also hasInfrared sensor as well . Besides, the smartphone offers Hybrid Dual SIM, 4G LTE, WiFi (802.11 b/g/n), Bluetooth 4.1, GPS, and a microUSB port. The handset measures 139.24 × 69.94 × 8.65 mm and weighs 150 grams.