Xiaomi Redmi 4A to be launched on March 20 in India, will be an Amazon exclusive 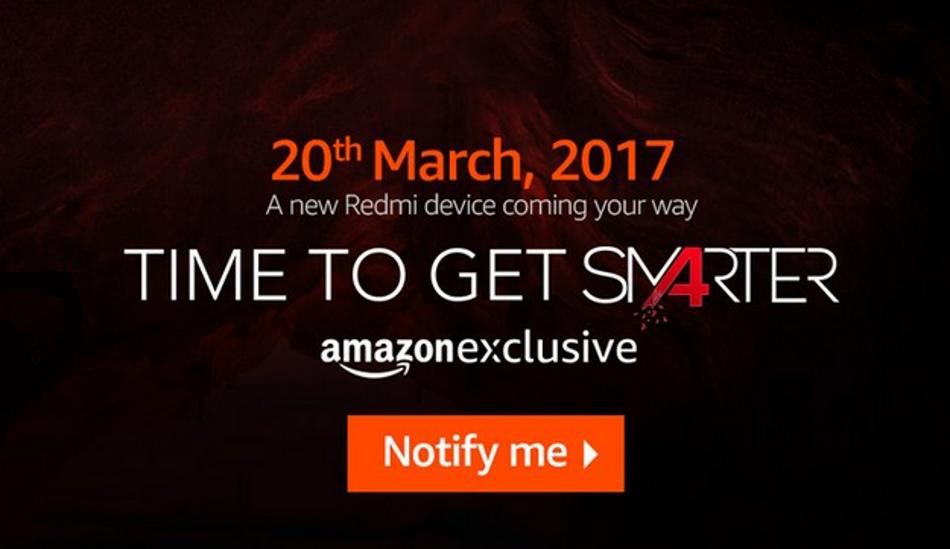 The smartphone is expected to be a budget oriented smartphone following the same vale for money proposition for which Xiaomi has always been known for in India.

Xiaomi is all set to launch its new smartphone in India on Monday. The company has already sent media invites for a curtain-raiser event scheduled to take place on March 20th and now just before the official announcement, Xiaomi has confirmed that its new device will be from Redmi series and will be exclusively available through Amazon India.

Looking at the promotional teasers and tweets, there is a strong possibility that company will launch Redmi 4A smartphone which was first introduced in China last year in November.

As far as specifications are concerned, the Xiaomi Redmi 4A features 5-inch HD display with 720 x 1280 pixels resolution and is powered by a 1.4GHz Snapdragon 425 processor, which is paired with Adreno 308 GPU. It comes with 2GB of RAM and 16GB of internal storage, and expandable storage up to 128GB via microSD. The Redmi 4A gets its strength from decent 3,120 mAh battery and runs on Android 6.0 Marshmallow operating system wrapped under MIUI 8.

After a fair bit of success with Redmi Note 3 and Redmi 3S last year and with Redmi Note 4 this year, Xiaomi is buckling up with another winner in the budget smartphone category. The Redmi 4A is expected to be a budget oriented smartphone following the same vale for money proposition for which Xiaomi has always been known for in India. Nothing has been out regarding the price, as of now, but, the device is sold in China for CNY 599 (approximately Rs 5,600).