The Poco F1 is the next in line to furnish the Game Turbo mode which was first seen on the Mi 9 smartphone. Game Turbo enabled printable gaming scenes and thus intelligently allocates resources for when running complicated scenes inside games. Xiaomi has also enabled a system-wide dark theme on the Poco F1.

A little over a week after receiving the MIUI 10.2.30 update, the Xiaomi Poco F1 is now getting two new features through two new updates, but in beta. The Snapdragon 845-powered smartphone is now getting a taste of a dedicated Game Turbo Mode and system-wide dark mode which we can expect to be seeded onto the next stable update in the near future.

Firstly, the Poco F1 is the next in line to furnish the Game Turbo mode which was first seen on the Mi 9 smartphone. Game Turbo enabled printable gaming scenes and thus intelligently allocates resources for when running complicated scenes inside games. The feature is available through a beta update to MIUI 10 Global Beta 9.3.21 and can be flashed through a recovery ROM or a fastboot package.

Game Turbo also offers various shortcuts including gestures when swiping from different edges. The shortcuts can be configured to take screenshots, clear RAM, toggle Wi-Fi on or off, switch data connectivity across two SIMs and open apps on floating windows. Game Turbo will additionally let you answer calls, restrict full-screen gestures and buttons to enhance the gameplay experience on the phone. 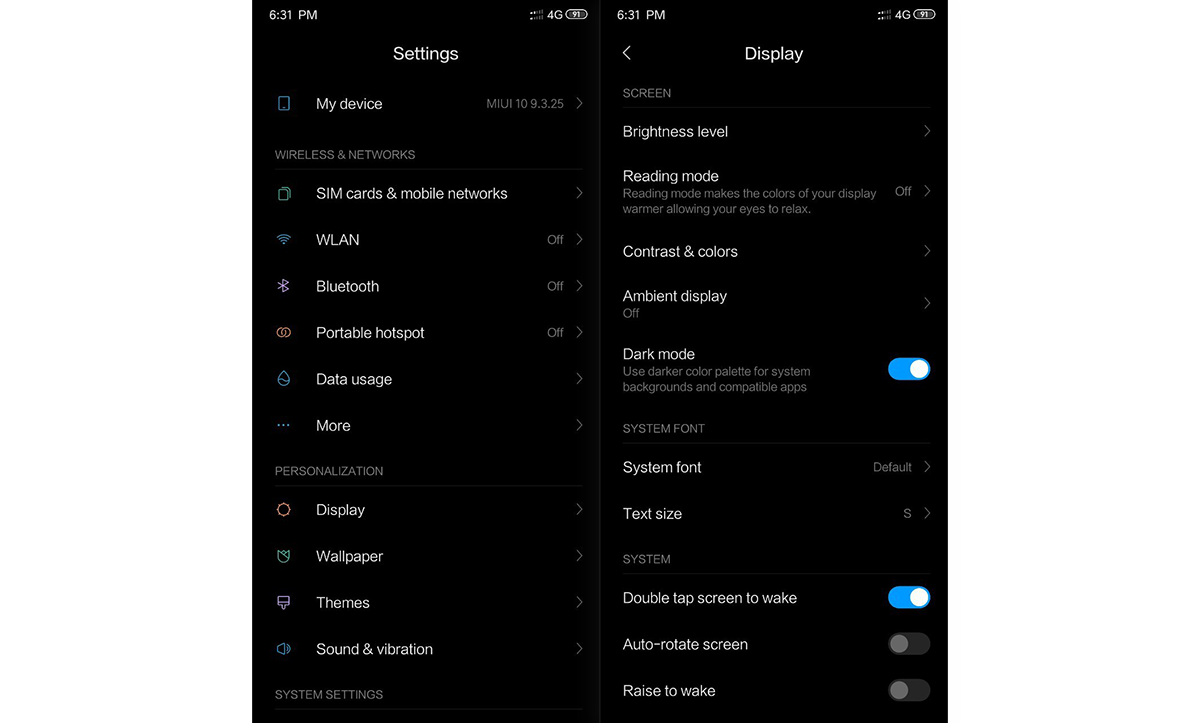 Xiaomi has also enabled a system-wide dark theme on the Poco F1 which lands on the phone through MIUI Global Beta MIUI 9.3.25 firmware. Enabling the option allows users access to a “darker colour palette for system backgrounds and compatible apps”. The feature can be turned on by heading over to Settings > Display and switching Dark Mode ON.

Dark Mode on the Poco F1 applies a dark pitch theme to the volume controls, notification, quick settings shade, Recents Menu and system apps. These system apps include Phone, Contacts, Messaging, Notes, Updater and Screen Recorder. This update can also be applied by flashing the beta package inside the System update section and clicking on “Choose update package” option.

With the two features already out on beta, we can expect the Poco F1 to equip the same through a stable build in the near future.