Xiaomi Pad 5 India Launch on April 27: Things you should know

Xiaomi Pad 5 India launch date in India is April 27. It will launch alongside the Xiaomi 12 Pro in the country next week. 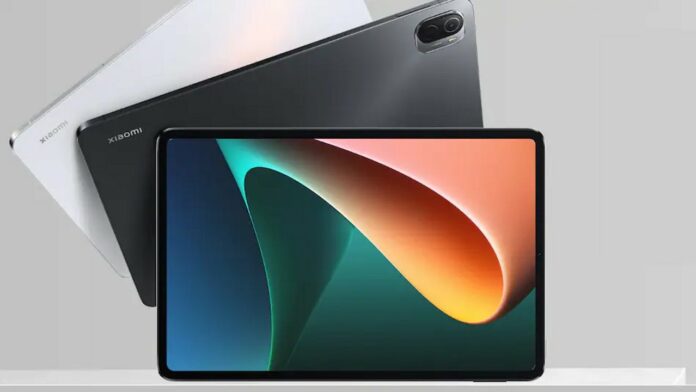 Xiaomi has confirmed that it will be launch the Xiaomi Pad 5 in India on April 27, 2022. This will be the first tablet from the company to debut in India in a long time. On the same date, Xiaomi announced that it would be launching the Xiaomi 12 Pro smartphone in India.

For the unaware, the tablet had already launched in China last year in August. The Xiaomi Pad 5 later made its global debut and is already available in some markets.

The Xiaomi Pad 5 will be sold on Amazon in addition to mi.com and offline stores. Let’s take a look at the expected specifications, features and price of the Xiaomi Pad 5.

ALSO READ: Xiaomi Pad 5 to launch in India on April 27

Since the device has already been launched in China, we expect the company to launch the tablet in India with the same specifications. It features an 11-inch WQHD+ (1,600×2,560 pixel) TrueTone display with a 120Hz refresh rate, 16:10 aspect ratio, Dolby Vision and HDR10 support. The tablet is powered by a Qualcomm Snapdragon 860 SoC, paired with 6GB of RAM. Further, the Xiaomi Pad 5 comes with up to 256GB of onboard storage.

In addition, for optics, the Xiaomi Pad 5 comes with a 13-megapixel camera sensor at the back, and an LED flash. Further, there is an 8-megapixel selfie camera at the front with 1080p recording.

The tablet is backed by an 8,720mAh battery that supports 33W fast charging. In addition, Xiaomi claims it offers up to 10 hours of gaming, 16 hours of video playback, and 5 days of music playback.

The tablet market in India is full of Realme, Samsung and Nokia tabs. However, once launched in India, the Xiaomi Pad 5 will face tough competition from some of the other tablets which are already available for sale in the country. To name a few, we have Realme Pad, Samsung Galaxy Tab A8, Moto Tab G70 LTE, Nokia T20 and Lenovo Yoga Tab 11.

Out of these, Lenovo Yoga Tab 11 is the costliest of all and is priced at Rs 40,000. The tablet comes with an Octa-Core Helio G90T processor, 8-megapixel rear camera, 7500mAh battery and more. The tablet is equipped with JBL powered quad-stereo speakers tuned by Dolby Atmos.