The Mi Note 3 will be the successor of the Mi Note 2 which was launched with the Mi Mix last year.

The confirmation comes through his official Chines micro blogging website, Weibo handle. The post hinted that the Mi Note 3 would be a larger version of the flagship Mi 6. It shows the back side of the Mi Note 3 which hints at the launch of Mi Note 3 along with the Mi Mix 2 on September 11. Furthermore, the poster reveals that Mi Note 3 is being advertised by Chinese actor and singer, Wu Yifan. The smartphone is being held by the actor in a dark blue colour with dual cameras placed on the top left corner. 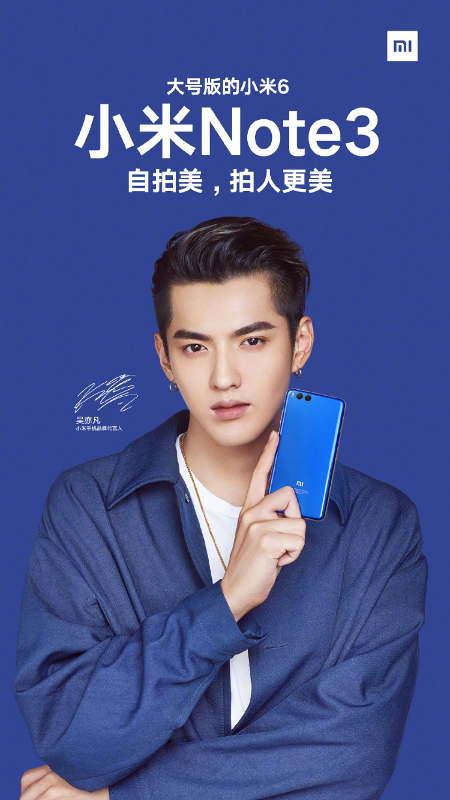 Recollecting some previous rumours which were quite different from the ones shown in YouTube video, Xiaomi Mi Note 3 will feature a 5.7-inch QHD curved AMOLED display with a screen resolution of 2560 x 1440 pixels. It will sport a curved display, similar to its predecessor Mi Note 2. It is expected to be powered by powerful Qualcomm Snapdragon 835 64-bit Octa-core processor. The Mi Note 3 is said to come in two variants – 6GB RAM with and 128 internal storage and 8GB RAM with 256GB internal storage. The smartphone will come with dual rear camera setup and a 4,070mAh non-removable battery with Qualcomm’s Quick Charge 4.0 fast charging technology. The phone is said to sport a Samsung-made Super AMOLED touchscreen with QHD resolution.