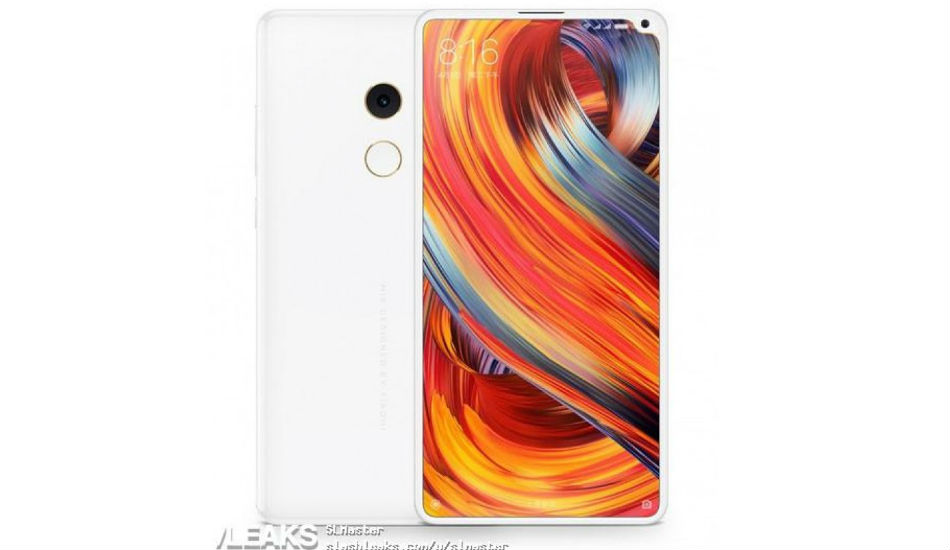 Xiaomi Mi Mix 2S has been confirmed to launch the Mi Mix 2S on March 27 in China. The smartphone has been subjected to various leaks and rumours in the past. Now a live image of the alleged Xiaomi Mi Mix 2S has surfaced online which reveals that the upcoming flagship will come with an under-display fingerprint scanner. Recently, a screenshot showing the MIUI About screen of the smartphone surfaced online showing its key specifications.

A Chinese website, MyDrivers, reports that Xioami Mi Mix 2S will feature an under-display fingerprint reader. An earlier report also claimed that the Mi Mix 2S will be coming with Full Screen 3.0 design. It also reveals that it will be featuring an under-display fingerprint scanner which is in line with today’s leaked photo. The new leaked image also hints at the higher screen-to-body ratio than Mi Mix 2. 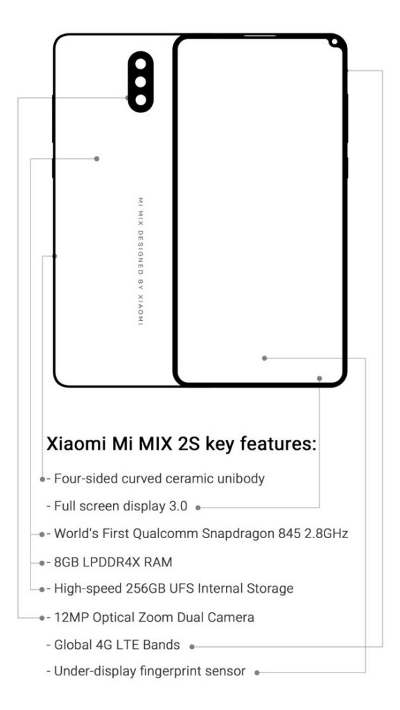 The earlier leaked screenshot shows that the Mi Mix 2S will feature a 6.01-inch display FHD+ display with a resolution of 2160 x 1080 pixels and an aspect ratio of 18:9. The upcoming smartphone will be powered by the Snapdragon 845 processor coupled with 8GB of RAM and 256GB of internal storage. It will also come with the 16-megapixel rear camera and a 4400mAh battery.

The earlier leaked firmware files revealed that the smartphone is fueled by Qualcomm Snapdragon 845 processor and it runs on Android 8.0 Oreo operating system and will be compatible with Project Treble, which aims to simplify the process of future software update. The handset is powered by a 3,400mAh battery and features FHD+ display with a resolution of 2160 x 1080 pixels and 18:9 aspect ratio. Further, the files reveal that the smartphone is codenamed as Polaris. Xiaomi Mi MIX 2s smartphone codenamed as Polaris. The device will come with AI camera features and will have scene recognition support. The report also states that the Mi Mix 2s is likely to feature a Sony IMX363 sensor which was also leaked before. Other extra features that the firmware file reveals are dual-SIM support, IR blaster, and an LED light.

As per earlier leaks, the Xiaomi Mi Mix 2S will be featuring a four-sided curved ceramic unibody. The Mi Mix 2s is said to be the world’s first to be powered by Qualcomm Snapdragon 845 chipset. It will have 8GB RAM and 256GB internal storage. For the camera, it will be boasted by 12-megapixel dual rear cameras with optical zoom, Sony IMX363 sensor, and 5-megapixel front camera. It will also support for global 4G LTE bands. The Mi Mix 2S is expected to come with almost no bezels as it seems to feature full view edge-to-edge display. If rumours are to be believed, the smartphone could sport a 5.99-inch bezel-less display with a 95 percent screen-to-body ratio similar to Mi MIX 2 but it features a 91.3 percent screen-to-body ratio.