A report claims that Xiaomi could launch this curved display smartphone at $391 (approx Rs 25,950) in October this year.

Xiaomi, which sells its devices in India under the brand name Mi, is reportedly working on a smartphone with a curved edge-to-edge display as the Samsung Galaxy S6 Edge. According to Chinese website ‘Mobile Dad’, the smartphone is named as Mi Edge and would be launched at $391 (approx Rs 25,950) in October this year. Notably the Samsung’s Galaxy S6 Edge, the only smartphone available today with dual edge display, is currently available for about Rs 50,000.

Quoting its source, the website claimed that the smartpone will feature a 5.2-inch dual-edge display of Sharp with QHD (2560×1440 pixel) resolution. It would be powered by Qualcomm’s Snapdragon 808 64-bit hexa-core processor and will have 3GB or 4GB of RAM. Further, the report claimed that the handset might sport a 16-megapixel rear camera and even a fingerprint scanner. 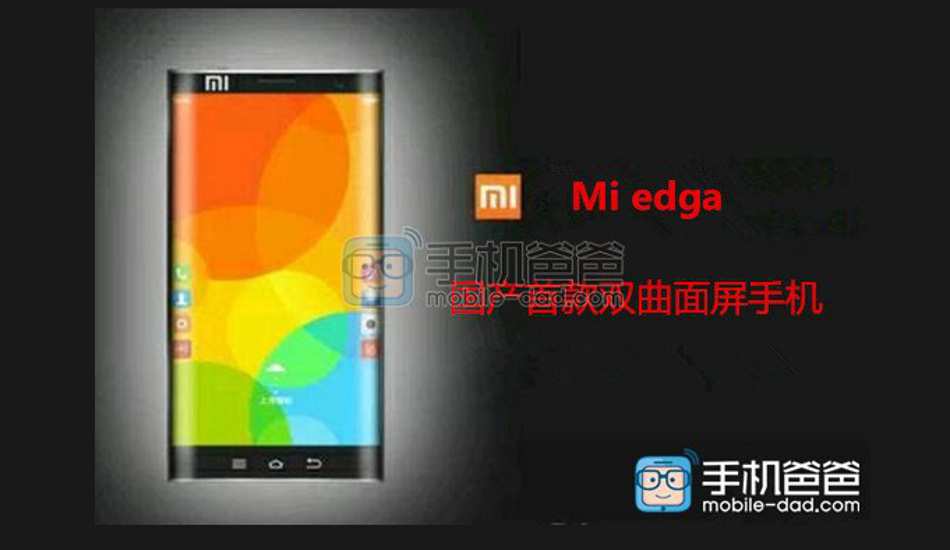 Xiaomi Mi Edge is expected to run on MIUI 7 which the latest UI from the company based on Android 5.1 Lollipop operating system. The MIUI7 boasts of new themes, facial recognition for photos and improved navigation.

MIUI 7 has an interesting collection of themes and which especially designed for male and female users separately. In the gallery app, face recognition feature has been added to help in sorting images based on faces. So in simple terms one can sort pictures of pets, babies, family and selfies without manually doing it. There is a kids mode in the UI. This feature is not a unique one. OEM’s like Samsung, Xolo and Lenovo are already offering this feature. This feature can be used to block kids from accessing apps or phone functionality that you don’t want them to.

No other details about the smartphone is available right now. However we will keep you posted as soon as we get more information on this handset.

Earlier, reports about a Xiaomi’s upcoming flagship, called Mi 5, were doing the rounds on the web. The purported Xiaomi Mi 5 too is said to have a 5 inch bezel-less, edge-to-edge display (but not curved). Other reports though claimed that it will have a 5.3-inch QHD display, 4GB of RAM, 16 megapixel optically stabilized primary camera, Type-C microUSB connector, and the Snapdragon 820 chipset (or the Mediatek Helio X20 chipset).