Xiaomi Mi 6c is said to be the lower variant of Mi 6.

Xiaomi had launched Mi 6 in April this year, and more recently it’s Mi Max 2 smartphone in China. It now seems like the company is working on a new smartphone which will be another variant of Mi 6. A device called Xioami Jason has been found listed on GFXBench benchmarking website, and as per reports, the Xiaomi Jason is believed to be the upcoming Xiaomi Mi 6c. 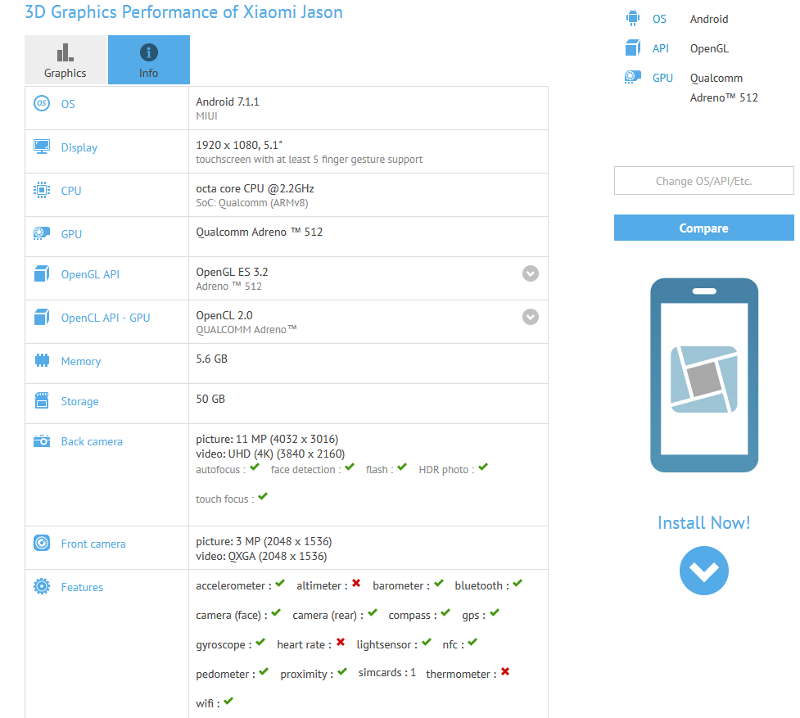 As per the listing on GFXBench, Xiaomi Mi 6c has a 5.1-inch display that has 1920×1080 pixels resolution and five finger gesture support. Besides as per the listing, it has Qualcomm Snapdragon 660 2.2 GHz octa-core processor, 6GB RAM, 64GB of internal storage out of which 50GB will be reserved for the users, Adreno 512 GPU and Android 7.1.1 Nougat operating system. The listing, however, does not mention anything about the battery.

As per the benchmark listing, the Xiaomi Mi 6c has a 12-megapixel autofocus camera and a LED flash on its rear panel while a 4-megapixel camera is in its front for selfies. The GFX listing shows that the device has connectivity features like Bluetooth, GPS, NFC and WiFi. As per the listing, the device has accelerometer, light, proximity and gyroscope sensors as well.

As of now, the pricing and the launch date of Mi 6c are not known, but since it has started appearing in leaks, we expect it to be unveiled soon in coming days. Stay tuned to The Mobile Indian for mores updates on this.