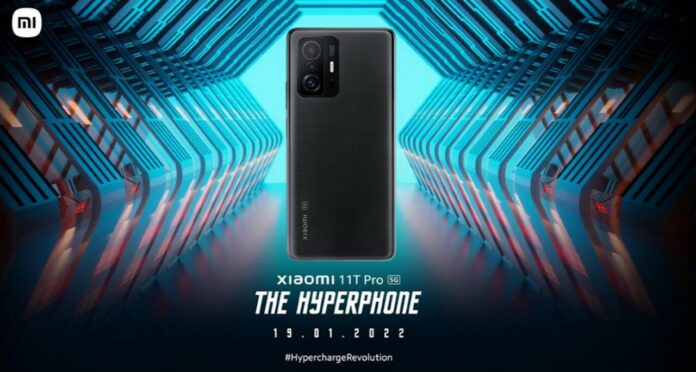 Xiaomi 11T Pro launch date in India is now set for January 19. This was introduced back in September in Europe along with the Xiaomi 11T 5G.

Xiaomi recently dropped the teaser for the upcoming launch at the Xiaomi 11i launch in India. At that time, it did not confirm the official name of the HyperPhone that it teased. But today it has confirmed that the Xiaomi 11T Pro 5G India launch has been officially set for January 19. This phone comes with the 120W Hypercharge charging support.

The company has also confirmed 120Hz 10-bit AMOLED display. The phone will be sold exclusively via Amazon.

ALSO READ: Xiaomi 11i and Xiaomi 11i HyperCharge launched in India at a price starting Rs 24,999