Xiaomi 11i HyperCharge: Worth buying only for 120W fast charging? 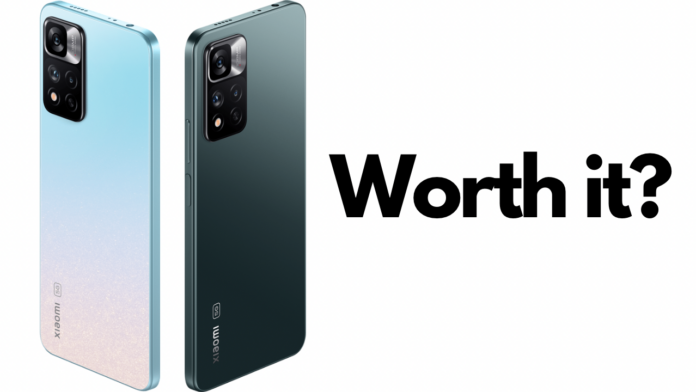 Xiaomi launched the 11i HyperCharge smartphone in India last week and the USP of the device is 120W fast charging support it comes with. In fact, it is the first smartphone in India to come with 120W charging, making it the fastest charging smartphone ever launched in the country. For this reason, Xiaomi is mainly advertising about the device’s fast charging capabilities while the rest of the specifications have taken a back seat. So let’s find out if the Xiaomi 11i HyperCharge is even worth buying just because of 120W fast charging or if there’s more to the device that makes it a valuable proposition.

Just to recall the device’s specifications first, the device features a 6.67-inch AMOLED display with 1,080 x 2,400 pixels resolution and a 120Hz refresh rate. Further, there will be a 360Hz touch sampling rate, 1200 nits of brightness, Gorilla Glass 5 protection and a punch hole at the front. It is powered by an octa-core MediaTek Dimensity 920 SoC. The chipset is paired with up to 8GB of LPDDR4x RAM and up to 128GB of UFS 2.2 storage.

At the rear, Xiaomi 11i HyperCharge comes with a triple-camera setup. This setup includes a 108-megapixel primary sensor. In addition, there is an 8-megapixel ultrawide cam with 120-degree FoV ( Field of view) and a 2-megapixel macro camera. The front-facing camera has a 16-megapixel sensor.

Xiaomi 11i HyperCharge packs a 4,500mAh battery with 120W fast charging support which Xiaomi claims can charge the smartphone from 0 to 100 in mere 15 minutes. It runs on MIUI 12.5 Enhanced based on Android 11. Xiaomi also says that these devices will receive MIUI 13 update in the future.

Is it valuable at its price?

Xiaomi 11i HyperCharge vs iQOO Z5

At such a price, there is a good amount of competition that Xiaomi has to face. First is the iQOO Z5, which comes with an LCD display that some might feel is inferior to 11i HyperCharge’s AMOLED panel. However, that isn’t the case because in our review of the smartphone, we felt it had a decent display with good levels of brightness and accurate and punchy colours.

Apart from that, the Snapdragon 778G is also a slightly superior processor in comparison to Dimensity 920. Even a slight improvement here matters because Xiaomi’s devices come with a heavily skinned version of Android (MIUI) that requires a good level of power to perform smoothly. While we aren’t judging the smartphone before we have used it, we are making the statement on the basis of our past experience. Also, there’s more RAM on the iQOO Z5 base variant and at a much lesser price.

Further, we feel software is better on the iQOO Z5 because it is close to Stock Android. On MIUI, you get a lot of features, even more than the ones on iQOO Z5. However, when it comes to updates, Xiaomi hasn’t had a good reputation when it comes to timely updates. On the other hand, iQOO Z5 has already started receiving Android 12 which makes it a better choice.

We can’t comment on cameras because we haven’t used the 11i HyperCharge. As for the battery and charging, no device in India can compete with 11i HyperCharge in terms of charging speed and we give that to Xiaomi. But on the iQOO Z5, you get a bigger battery that will last longer and in our review, we also appreciated iQOO for the incredible battery life the device provided. Starting at just Rs 23,990, iQOO Z5 is a much more valuable proposition within this price range.

Next in line is the Samsung Galaxy M52 that has almost similar specs as iQOO Z5 but here, you get a Super AMOLED display at 120Hz refresh rate which is important for many. Samsung’s software is also better in terms of features and performance. Moreover, there’s a bigger battery and a better processor as well. Only con it has is 15W fast charging which is quite slow at this price range. Further, the base variant of the device starts at Rs 29,990 with 6GB RAM, but it is available with a Rs 5,000 coupon on Amazon currently, again making it a better choice.

Xiaomi 11i HyperCharge vs OnePlus Nord 2

At Rs 30,000, other options you can look at include OnePlus Nord 2 which has a flagship processor and a flagship-level camera sensor, which again makes it worth for the money. It also has 90Hz AMOLED panel and 65W fast charging which are great for the price. Another alternative can be the Realme GT Master Edition that again has a better chip (Snapdragon 778G), 120Hz AMOLED panel, 65W fast charging and more.

Xiaomi 11i HyperCharge isn’t a bad phone but the 120W fast charging cannot justify that it is better than the competitors because the alternatives we have talked about offer better value in other aspects, such as processor, battery capacity, etc that play an important role in the experience of operating a device rather than just fast charging. 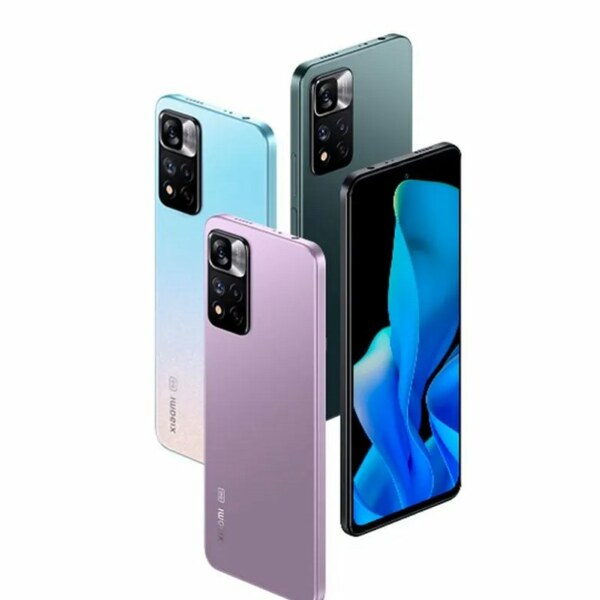