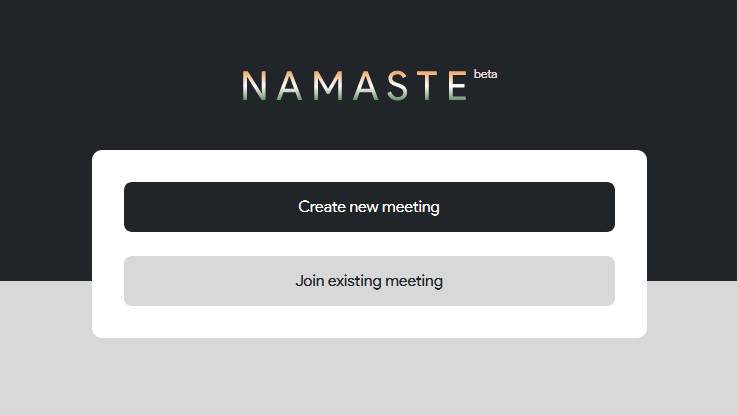 The video conferencing app is said to be an Indian answer to Zoom.

Zoom has emerged as a popular video conferencing application during the lockdown period. However, the Zoom app has been marred with numerous controversies with the government of India terming it as an unsafe platform.

What is Say Namaste video-conferencing application?

Say Namaste is a web-based application that allows users to make video conferencing calls. The app is currently under beta development and there is no information when it will be available with the stable release. Interestingly, some people are terming it as the video conferencing app launched by the government, however, this is not true. There is no official link between the government and the application. In fact, the app has been made by a Mumbai-based web application and software development company known as Incripts.

How does Say Namaste works?

The working is pretty similar to the one found in the Zoom video conferencing app. The Say Namaste app allows user to make video conferencing call using the meeting link and code, which is a feature of Zoom. Users can visit the Say Namaste website and there one can create a meeting or join the existing meeting. When you create a meeting, it gives you meeting links and code so that other people can join the video call.

Why Say Namaste cannot match Zoom at this point of time?

Although Say Namaste might be seen as an interesting application, it is of no match to Zoom. First of all, the application is in beta stage, meaning that the features are not stable. In our brief testing, we found out that the application is not that stable in nature and we faced some problems while creating a meeting link for testing purpose.

Secondly, there is no information about the number of participants one can add to the video-conferencing application. Also, some features like sending files during the video call did not work properly. Zoom comes loaded with a host of interesting features, which makes it a reliable application for video conferencing, though you need to follow some strict guidelines in order to avoid ‘Zoom Bombing’. That said, in this current stage, the Say Namaste application cannot be seen as the full-fledged alternative to Zoom.