Chip shortage began in 2020 and since then, it has been affecting both automobile and consumer electronics. But when will it end? 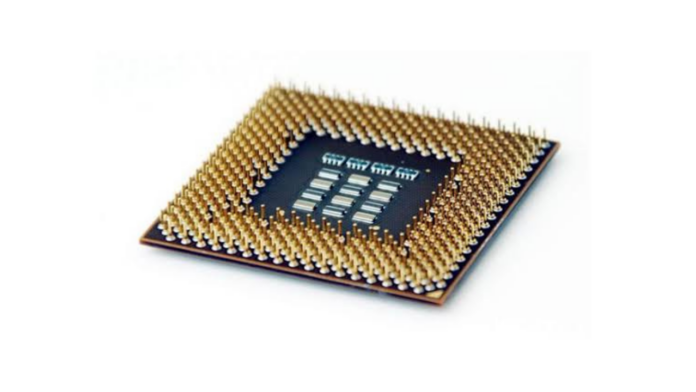 You might have heard multiple times during the past two years from companies or in the news regarding how bad the situation of Chip shortage is. For those unaware, the problem of Chip shortage refers to the lack in supply of semiconductor chips that are used to power multiple devices and those which perform a bunch of key tasks in the proper functioning of a device. Automobile and Consumer Electronics are the major industries that have been affected by the chip shortage but why does this shortage exist? Let us explain you in-depth.

Factors behind the shortage

Not one but multiple factors contributed towards this chip shortage. Here are the key factors that led to this global shortage of chips:

The Pandemic led a lot of companies to lose their business and it remains one of the biggest factors that also led to the scarcity of chips in the market. As a surge in demand for electronics was witnessed during the pandemic period, the supply failed to keep up with it. This is because a lot foundries had to stop operations as lockdowns were being imposed throughout the globe and Work-from-home scene had took over.

Moreover, company’s forecasts regarding how much they would require during the pandemic kind of backfired as the rebound was quicker than expected. When automakers rushed to chip manufacturers, they were already busy supplying companies such as Apple, Qualcomm, etc because which orders couldn’t be complete on time.

The United States – China trade war also led to chip shortage. Back in September 2020, the economic conflict between China and the United States led the the US Department of Commerce to impose restrictions on China’s largest chip manufacturer, Semiconductor Manufacturing International Corporation (SMIC). Due to these restrictions, it made it difficult for American companies to do business with the Chinese chip manufacturer.

As a result, companies had to opt for manufacturing plants from alternatives such as TSMC and Samsung that were already operating at maximum capacity. This further resulted in delays and excess demand over supply. Moreover, other components of a chip that came from China also got blacklisted.

A Japanese factory owned by Renesas Electronics caught fire in March 2021. The company supplies 30 percent of the global market for microcontroller units that are used in cars. Renesas later on said that it would take at least 100 days for them to get back to normal production. Further, an Asahi Kasei semiconductor plant which specializes in ADC and DAC components also caught fire in October 2020.

The natural causes that are in no one’s control also hit hard. A severe winter storm in February 2021 forced the closure of two Samsung & NXP Semiconductor-owned plants in Austin, Texas. This set back supply from these two plants by several months.

Further in 2021, Taiwan experienced its worst drought in more than half a century. Because of this, TSMC, the largest Taiwanese chip manufacturer that accounted for more than 50 percent of the global wafer foundry market in 2020, took a major hit. This is because they use use large amounts of ultra-pure water to clean their factories and wafers.

As the chip shortage continues, the end consumer obviously gets affected but so does chip designers as they aren’t able to fulfil their orders because of which they also lose clients. These include companies like Qualcomm, MediaTek, Apple, etc. If you are confused, companies mentioned above are chip designers and not makers.

These companies give their respective orders to foundries such as TSMC, Samsung, etc who in return provide them with the chips. But because of such shortage, these companies failed to provide chips to the smartphone and automobile companies and in turn, many companies had to delay their new launches and shipments of already launched products.

Qualcomm CEO Cristiano Amon recently said that the chip shortage is gradually easing and the situation is expected to improve this year. AMD CEO Lisa Su said on September 27 that the shortage would improve throughout the second half of 2022, though she warned that supply would remain tight until then.

As for the automobile sector, companies such as Toyota planned to cut vehicle production by 40 percent worldwide, in September 2021. Moreover, the chip shortage is expected to cost the global automotive industry US $210 billion in revenue in 2021.

These are the top chip manufacturers around the globe who handle the chip orders from companies:

TSMC is the biggest chip manufacturer in the world and was also the world’s first dedicated semiconductor foundry. It makes processors for Apple, Qualcomm, AMD, and numerous other big consumer tech companies. Moreover, it controls 28 percent of the world’s semiconductor production capacity, according to a report from Counterpoint Research last year. TSMC forecasted that the shortages could last till 2022. TSMC CEO C. C. Wei said in comments reported by Bloomberg, “In 2023, I hope we can offer more capacity to support our customers. At that time, we’ll start to see the supply chain tightness release a little bit.” Earlier in April 2021, TSMC already announced that it plans to invest US$100 billion over the next three years to increase capacity at its plants.

Samsung is another one of the top chipmaker that supplies to companies such as Qualcomm and also makes chips for itself. The chip shortage issue was recently discussed by TM Roh, the president of Samsung Mobile, during a meeting with senior executives and executives from over 30 of its major smartphone component suppliers, sources told a publication called TheElec. Samsung believes the issue could continue till the second half of 2022.

To mitigate the issue, it was reported that Samsung will taking multiple steps where it is going to push for annual contracts with chip foundries to secure the chip production capacity. In addition, the company will now stock up to four weeks’ worth of chip supplies instead of two weeks. One of the consequences of chip shortage Samsung has had to face is the delayed launch of Galaxy S21 FE that was moved back by months.

Intel is one of the biggest chipmakers based out of US but it makes CPU chips mainly for Desktops and laptops. Its competitors have been leaving it behind eventually because it hasn’t been able to keep up with the orders while competitors have been rushing over to TSMC’s doors for producing their designs. Intel CEO Pat Gelsinger, back in October said, “We’re in the worst of it now; every quarter next year, we’ll get incrementally better, but they’re not going to have supply-demand balance until 2023”.

SMIC is China’s key player and in Q4 2020, SMIC reported sales of $981 million, up 16.9% year on year. However, Zhao Haijun, CEO of SMIC said in 2021, “Without these influences, SMIC could have maintained last year’s record growth momentum,” Zhao said. “Although we cannot control external forces, we will cultivate new possibilities and opportunities in the face of crisis and changes”.

Apart from this, other smaller players have also been affected by the chip shortage.

While some think that the shortage will continue until second half of 2021, some say that it will end in 2022. While that remains to be seen, many chipmakers including TSMC, Samsung, etc have been working towards ramping up the production so that the shortage ends soon so there are no more delays. To solve the crisis, India recently also took a step forward in the field by introducing the India Semiconductor Mission.