There are many brands in India which have not yet launched 5G smartphones in the country. Here's the list of all those brands. 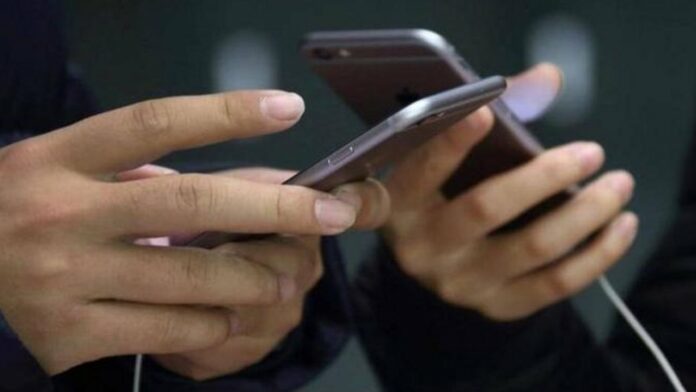 The Indian smartphone market is very competitive, with all the major brands trying to lure customers by offering their devices with impressive specifications. Even many players have launched their smartphones in India with 5G support even though 5G technology is yet to come to India.

We have seen different brands like Realme, Oppo, Samsung, Xiaomi, and more already launching their 5G smartphones in India, while some brands are still prepping to launch their 5G devices in the country. But do you know which are those brands? Let us tell you that!

This article will see the list of the brands that have not yet launched their 5G smartphones in India.

Indian handset player, Homegrown handset maker Micromax, is yet to launch its first 5G smartphone in India. Micromax made a comeback in the smartphone market late last year with two smartphones under the ‘in’ brand. The brand last launched Micromax IN 2b in India in July this year, starting at Rs 7,999. However, it was only a 4G handset.

As per our earlier exclusive report, Micromax might launch its 5G smartphone in India around year-end. However, there is no specific launch date. So it is not known when Micromax’s 5G device will be marking its entry in India. Even the smartphone’s name is also not known at the moment.

China-based mobile-phone maker Transsion Holdings is the owner of Tecno and itel in India. Tecno is another brand that has not launched its 5G device in India. Just earlier this month, the brand launched Tecno Spark 8, a 4G handset of course, in India for Rs 9,299.

It is unknown when Tecno’s 5G device will be making its way to the Indian market. Recently, it was reported that the company is now likely working on its first 5G phone called the Tecno Pova 5G. This phone will be powered by Dimensity 900 chipset. It will offer users 8 GB of RAM and 128 GB of built-in storage. In addition, the Pova 5G will reportedly pack a 6,000mAh battery with 18W fast charging support.

Another brand which has not launched its 5G smartphone in India yet is Infinix. The brand launched two 4G handsets in India in September this year. The Hot 11 and Hot 11S smartphones in the Hot 11 series were launched in the country at Rs 8,999 and Rs 10,999 respectively.

As per earlier media reports, apart from entry-level and budget smartphones, Infinix is planning to launch two 5G smartphones soon in India but no official announcement has been made yet. These two devices are said to be powered by MediaTek chipsets. However, we need to wait for the company to announce its 5G smartphone rollout.

Itel is also one of Transsion Holdings Ltd’s brand. The brand has so far launched many budget-centric smartphones in India and they all are 4G mobile phones. As of now, there have been no reports of this brand launching any 5G smartphone in India. It seems like Itel will be more focused on launching entry-level and budget smartphones only in the country.

Just to refresh, Itel last launched Itel Vision 2s in September this year. The smartphone comes with a price tag of Rs 6,999 for the sole 2GB + 32GB storage.

Coolpad is one brand which has not launched a single smartphone in India this year. Instead, they launched Coolpad Cool 6 in India starting at Rs 10,999 in October last year. Though, Coolpad entered the audio accessories market in India in January this year. The brand launched their first ever truly wireless earbuds called the Cool Bass Buds in India for Rs 1199.

Notably, Coolpad launched its first 5G smartphone called Coolpad Legacy 5G at the Consumer Electronics Show (CES) 2020 tech event in the U.S last year. Keeping in mind its launches in India, the probability of a 5G smartphone launching in India is very less.

Just like Coolpad, Gionee has not been launching many smartphones in India off late. The company launched just one smartphone in India this year. Gionee Max Pro was launched in March this year in India for Rs 6999.