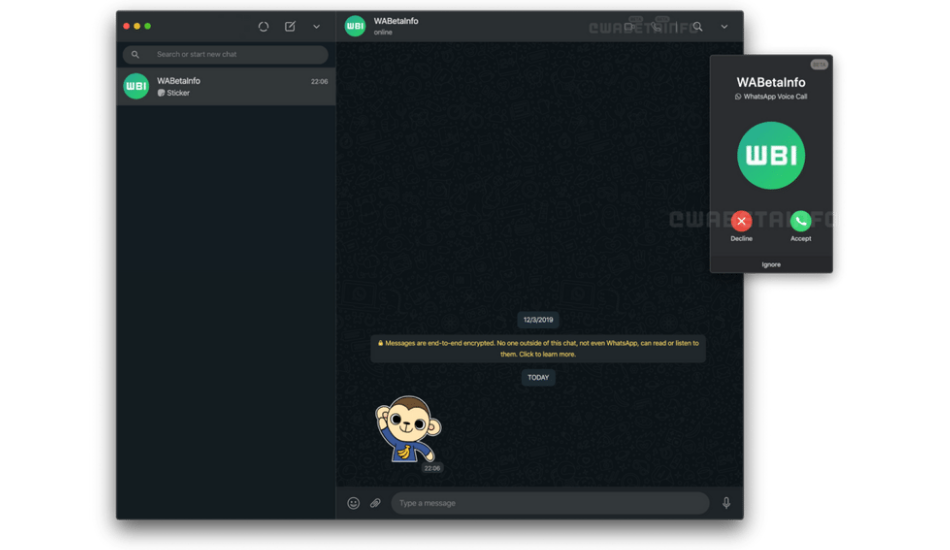 WhatsApp is enabling the audio/video call feature for its desktop app as well as the web version, but for a very limited number of users.

WhatsApp was tipped to bring the video/voice call functionality to the WhatsApp Web, the computer version of the chat application, and it seems that the company has started beta testing the feature.

The feature was first spotted by WABetaInfo, the feature tracker for WhatsApp, back in October and it seems like it has made its way to the official desktop application as well.

Both the Web version and the Desktop app are receiving the feature but available to a very limited number of users. As per WABetaInfo, the desktop application has a higher priority for the beta test so you should check the same within the application if it is not available on the Web for you.

If the feature has been made available to you, once you open a contact’s chat on your desktop, the app will show you two buttons next to the contact’s name on top, out of which one will be a voice call button and the other will be a video call button.

The buttons will be accompanied by a ‘Beta’ tag to show that the feature is still in beta phase. Also, the feature is currently available only for individual chats and not for groups.

If you receive an audio call, you will see a bigger pop-up on the right than what you see when you make a call. The pop-up will have accept and decline buttons. And if you try to call someone, the pop-up on the top right will have an ‘End Call’ button, a mute button as well as the recepients name.

You can also choose which microphone, camera or audio device to use (if you have external hardware connected) while on the call by clicking on the three dot icon.

The feature is available to a very limited number of users as of now but if you are lucky, you might have already received it.