Want to know how Motorola Moto G8 Play may look like? 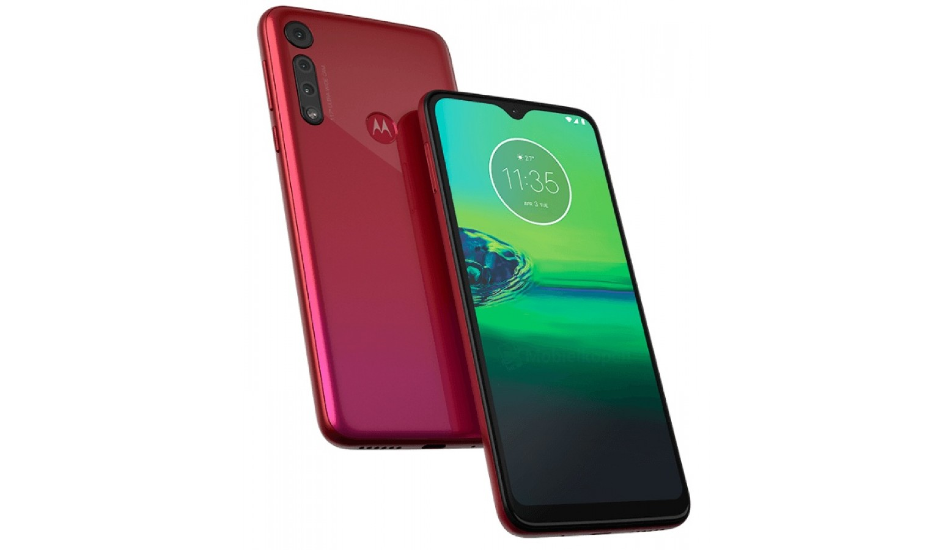 Moto G8 Plus will feature a 16MP ultra-wide sensor with a 117-degree field of view, a 48MP main camera and a depth-sensing camera.

Motorola’s Moto G8 Plus popped up online earlier this week and now it’s time for the series’ younger sibling, Moto G8 Play to leak. The Moto G8 Play has now surfaced in the form of renders and lives hands-on images, revealing a design and camera setup similar to that of the Moto G8 Plus.

The renders shared by Dutch-based Mobielkopen show a wider waterdrop notch than that of the Moto G8 Plus. There also appears to be one less spot on the backside where the camera module exists, compared to the one on the Moto G8 Plus. 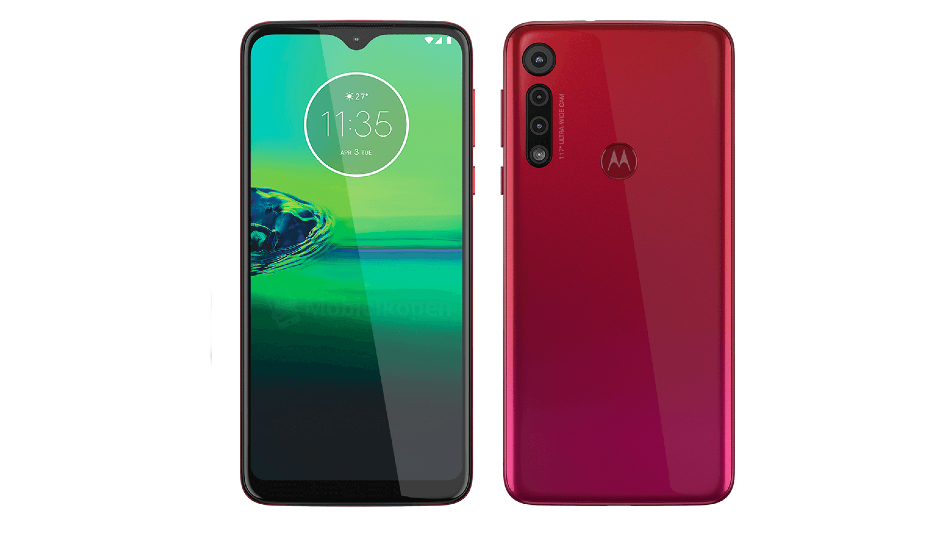 Speaking of the camera setup, the Moto G8 Plus will feature a 16MP ultra-wide sensor with a 117-degree field of view, a 48MP main camera and a depth-sensing camera. The renders also show a fingerprint sensor at the back inside the circular space which is inscribed with the Moto logo.

The power button and volume rockers are positioned on the right side and the bottom edge equips a microphone, speaker unit and a USB Type-C port. The phone also equips a 3.5mm audio jack at the top.

Some hands-on pictures of the Moto G8 Play have also leaked online by Portuguese-based Tudocellular. The hands-on pictures confirm triple rear camera at the back. The screen sticker on the front reveals a 6.2-inch HD+ Max Vision screen with a waterdrop notch. This notch cutout houses the 8MP selfie camera. 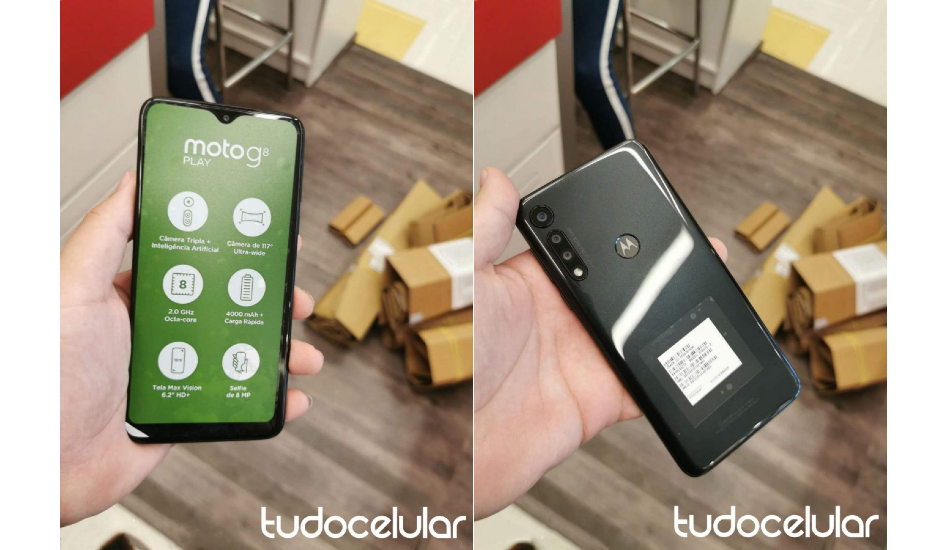 The leak also discloses that the Moto G8 Play will be a powered by an octa-core processor clocked at 2.0GHz. The device will be fuelled by a 4,000mAh battery. The phone is expected to come in Black, red or more colours.