Walk and talk not a good idea, says study

Texting and talking on phones one of the biggest distraction for pedestrians, says a new study.

Are you one of those who moved by Idea Cellular’s ‘walk and talk’ advertisement? Well, think once again as a new study says nearly one in three pedestrians is distracted by a mobile device and texting is one of the deadliest activity.

The study, published in a journal called Injury Prevention, said, “Nearly one-third (29.8%) of all pedestrians performed a distracting activity while crossing. Distractions included listening to music (11.2%), text messaging (7.3%) and using a handheld phone (6.2%).” 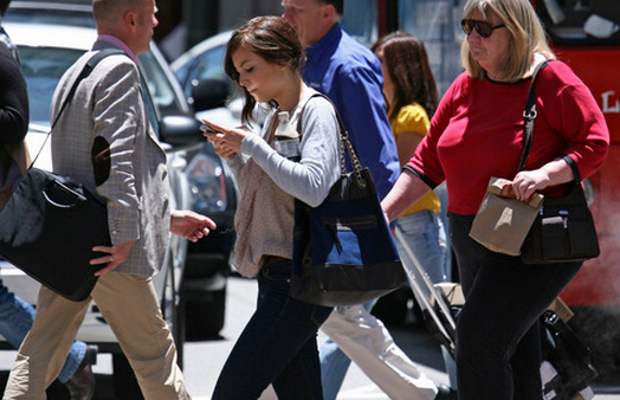 Though this study was conducted in USA, the finding hold true for most countries, especially India. However, till now talking on mobile phones are banned but the focus has never been on the pedestrians.

Recently a spate of train accidents have occurred in India when people listening to music through their phones didn’t listen to the approaching train. So there is no doubt about what this report says is true.