Vu has launched the Glo LED TV series in India which comes with features like Dolby Audio, Google TV, and more. 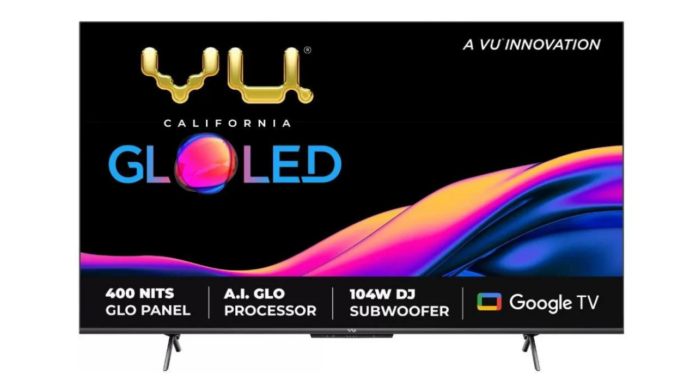 Vu has launched the Glo LED TV series in India with Ultra-HD resolution and its own ‘Glo’ display panel. According to the company, this is an LED panel with various improvements using the company’s proprietary technology that are claimed to deliver improved picture quality.

The TVs under Glo series by Vu have a dedicated AI Glo picture processor. The displays have a 94 percent colour gamut, 400 nits brightness, HDR10, Dolby Vision, MEMC, and ambient light sensor. The TVs are powered by a quad-core processor with a dual-core GPU. You get 2GB RAM and 16GB storage onboard.

For software, the TVs run on Google TV and ship with pre-installed OTT apps such as Netflix, Prime Video, and more. For audio, the TVs feature four down-firing speakers with Dolby Audio and Dolby Atmos that are capable of producing 104W sound output. The Vu Glo LED TVs are also equipped with a DJ-class built-in subwoofer.

Next, they feature far-field microphones so the user can control the TV by directly giving voice commands from a distance. The televisions also pack VRR and ALLM features for gaming. There’s also an Advanced Cricket Mode for a better viewing experience while watching cricket.