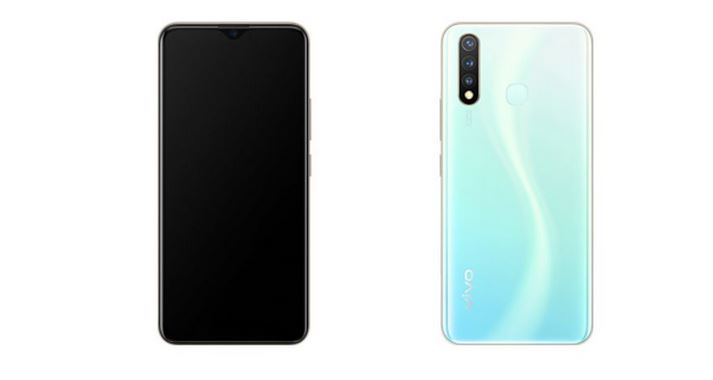 The Vivo Z5i will feature a triple rear camera setup with a combination of a 16-megapixel, an 8-megapixel and 2-megapixel sensors.

Seems Vivo is gearing up to launch a new smartphone under its Z series dubbed as Vivo Z5i. It is the same smartphone which appeared on TENAA with all its specifications with model number Vivo V1941A/T last month.

A China Telecom listing has revealed that the Vivo V1941A handset is the Vivo Z5i. The China Telecom listing reveals that the Vivo Z5i is priced at 1998 Yuan and it will come in Agate Black, Spar Blue and Jade Porcelain Green colours. As per the listing, the phone was supposed to launch in China on November 1. Since the date has already passed, it may go official soon in the coming days.

As per the earlier leaked TENAA specifications, Vivo Z5i will feature a 6.53-inch display offering full HD+ resolution of 1080 x 2340 pixels and 19.5:9 aspect ratio. It will be powered by Qualcomm Snapdragon 675 octa-core processor that clocks at 2.0 GHz.

The Vivo phone will have a 4GB/6GB/8GB of RAM variants with 64GB and 128GB internal storage. It will have expandable memory with a microSD card slot. The phone will feature a fingerprint sensor at the back.

The Vivo Z5i will feature a triple rear camera setup with a combination of a 16-megapixel, an 8-megapixel and 2-megapixel sensors. There will be a front-facing camera of a 16-megapixel sensor. It will run on Android 9 Pie operating system with Funtouch UI layer over it and the battery capacity will be 4,920mAh. The phone will measure 162.15 x 76.47 x 8.69mm and it will weigh 193 grams.